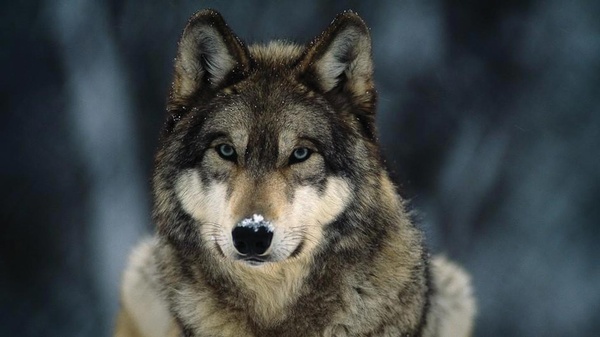 The last wild gray wolf was extirpated from Colorado in the 1940s, somewhere near the New Mexico border. But now, a coalition of environmentalist and wolf advocates would like to restart the conversation about returning the keystone species to its historic habitat.

“Colorado is the missing link in gray wolf habitat,” Mike Wilson, a member of the recently formed Rocky Mountain Wolf Project, said. “We’re the only state in the Rocky Mountains that doesn’t have wolves, for various reasons.”

He said the project began forming in 2016, the idea of renowned wildlife biologist Michael Philips, who has been involved in all the wolf reintroductions in the United States.

“For the last eight to 10 years, various groups have been trying to restore gray wolves to Colorado,” said Wilson. “The idea was to get all the interested groups working together.”

The once plentiful gray wolf was listed on the endangered species list in 1974. In 1995-96, the U.S. Fish and Wildlife Service reintroduced three packs of Canadian wolves into Wyoming and Idaho. The reintroduction was deemed a success, with Yellowstone National Park counting 99 wolves in 10 packs as of last December.

Likewise, 1,000 Canadian wolves have naturally recolonized northern Minnesota and other parts of the upper Midwest, and 100 Mexican gray wolves (a sub-species of gray wolves) were recently released in New Mexico and Arizona. Today, the total population of gray wolves is estimated at 6,000 throughout Minnesota, Michigan, Wisconsin, Montana, Idaho, Wyoming, Oregon, Washington, Arizona and New Mexico.

Despite this, Colorado has been slow to get on board with the wolf reintroduction. In January 2016, the Colorado Parks and Wildlife Commission voted against a resolution that would have supported wolf reintroduction. But in July that year, CPW did issue a press release acknowledging it is time to prepare for the eventual recolonizing of Colorado by wolves.

The first known migrant arrived in 2004, a female gray wolf from the Yellowstone pack, who was hit by a car and found dead along I-70 near Idaho Springs. In 2006, what was believed to be a gray wolf was videotaped near the Colorado-Wyoming border, and a few years later, a collared-gray wolf was found dead from a banned poison north of Rifle. Then in 2015, what appeared to be another wolf was videotaped north of Walden, and a hunter in Kremmling accidentally shot a wolf he mistook for a coyote.

Nevertheless, biologists and experts say these random crossovers are not enough to sustain a viable population in Colorado. Furthermore, many agree a Colorado population would be vital to ensuring wolves’ genetic diversity.

But, of course, not all see it that way – with gray wolves one of the most polarizing and contentious issues in the Centennial State.

Wilson, who comes from an agricultural background and spent 13 years working with horses, said he sees both sides of the issue. But rather than draw a line in the sand, he said the Rocky Mountain Wolf Project’s mission is to hear all sides, gather ideas and try to find a compromise.

“I don’t think it needs to be one side vs. the other, or pro wolf vs. anti. It’s better when people come up with collaborative solutions,” he said. “Our push is more to engage Coloradans and get them to change the future. More or less, we’re just trying to see the full picture and be a voice for those who want to see wolves back.”

For more on the Rocky Mountain Wolf Project, go to www.rockymountainwolfproject.org.