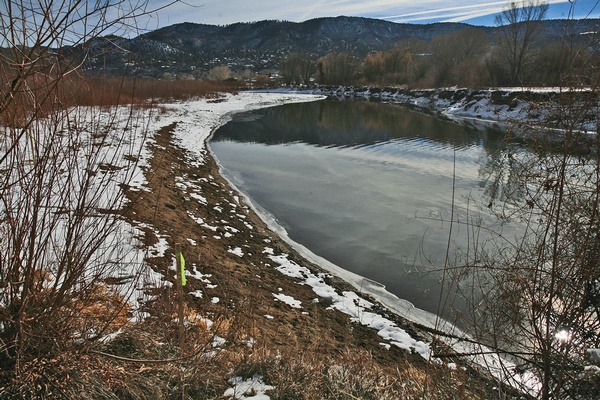 The City first acquired the 46-acre Oxbow property in the summer of 2012. Shortly thereafter, talk turned to the possibility of public access and adding a boat ramp or river put-in. Residents were often split on the idea, and debates continued over the next several years as city officials put together plans for extending the northern section of the Animas River Trail and developing Oxbow Park and Preserve./Photo by Stephen Eginoire

The wait is over – well, sort of. Almost two years ago, the City of Durango completed plans to extend the northern section of the Animas River Trail and build a boat ramp, trails, parking and other facilities at Oxbow Park and Preserve. Next month, the city is hoping to actually start construction.

That’s if the weather allows. Parks and Recreation Director Cathy Metz said it wouldn’t be the first time construction has taken place along the Animas River Trail in the winter, but it’s up to the contractor to decide whether or  not shovels will hit the ground in January. If they can, she added, they will.

“We do intend to initiate construction in January,” Metz said.

The city first acquired the 46-acre Oxbow property in the summer of 2012. Shortly thereafter, talk turned to the possibility of public access and adding a boat ramp or river put-in. Residents were often split on the idea, and debates continued over the next several years as city officials put together plans for extending the northern section of the Animas River Trail and developing Oxbow.

In all, the city hosted about 25 public events on the issue and even more meetings with individuals living in the area. Final construction plans were released to residents in early 2017.

With so much time passing since the final plans were released, city officials decided to host a public meeting at 5:30 p.m. Thurs., Dec. 13, at the Durango Rec Center. It will be a chance to remind the public of the overall design, reasoning behind many of the decisions and answer any questions.

The final plans are to extend the Animas River Trail from Animas City Park at East 32nd Avenue all the way to Oxbow Park and Preserve, just about a mile away. The trail will follow the tracks of the Durango & Silverton Narrow Gauge Railroad, crossing over its path in two spots – one at East 36th Street and another at the edge of Oxbow Park.

Along the way, the new trail will be built to accommodate residents’ requests to either have some privacy  from the trail or direct access. Metz said city officials took the time to work with residents who live along the proposed path’s construction because not everyone wanted the same thing. In the end, they worked to navigate specific requests while keeping the trail’s appearance – in both materials and style – as consistent as possible.

Construction will begin at both ends of the proposed trail extension and meet in the middle. It will likely take all of 2019 to complete the project.

If things go smoothly and the City is able to open Oxbow Park for use next summer, it will happen. But, according to Metz, construction will probably be ongoing throughout the year, and the park won’t be ready to open to the public until 2020.

When it does open for public use, Oxbow will have changing rooms, bathrooms, picnic tables, natural surface trails, a boat ramp, beach access and a much-needed parking lot.

“It was really important for us to provide parking,” Metz said.

One of the key issues with Oxbow in the past has been the lack of parking. Anyone looking to access the area had to either walk along Animas View Drive or park illegally. The new lot, however, will include about 25 spaces.

Another top issue raised by residents during the outreach events was the need for another access point along the Animas River. The design includes a boat ramp for smaller craft, a turnaround area for vehicles, a tie-off area at the river’s edge and other site-specific features.

Funding for the project comes from a $1.4 million grant from Great Outdoors Colorado – which the city must use by the end of 2020 – and revenues raised from the City’s half-cent sales tax dedicated to Parks and Recreation projects.

What: Community meeting on construction of Animas River Trail northern extension and development of Oxbow Park and Preserve
When: 5:30 p.m., Thurs., Dec. 13
Where: Durango Rec Center
For info.: 375-7321 or rec@durangogov.org

It's electric: City to allow ebikes on trails 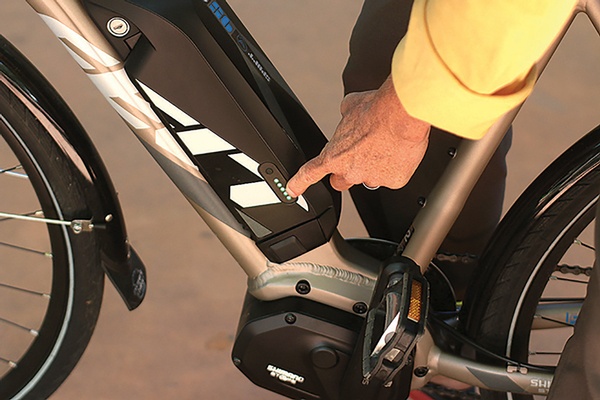 After a year-long trial period – with zero complaints from residents – city officials have decided to allow electric bicycles on the Animas River Trail for good.

“I think part of it (the lack of complaints) was related to safety improvements we made prior to the trial period,” Cathy Metz, parks and recreation director, explained.

Metz said the City added signage and striping along high traffic areas of the Animas River Trail, and amped up education efforts before the trial period ever began.

The top concern for residents opposed to allowing electric bikes on city trails was accidents between bikers and pedestrians that were already occurring on the Animas River Trail. Many believed allowing ebikes would only make those incidents more common.

In an effort to address those concerns, the improvements were made ahead of the trial period. “I think that really helped,” Metz added.

The Durango City Council is currently going through the process of updating the City Code to allow for Class I (pedal assist) and Class II (throttle-assisted) electric bicycles on the Animas River Trail, Florida Road Trail, Goeglein Gulch Trail, SMART 160 Trail and the Three Springs Trail. Those changes go into effect around the start of the New Year.

The trails chosen by city officials to be included in the ebike offerings are all hard surface trails. Whether or not ebikes will eventually be allowed on natural surface trails is a decision for another day.

Metz said the City is keeping an eye on a pilot program west of Denver, headed up by Jefferson County Open Space. That program has opened up all of the area’s natural surface trails to Class I pedal assist bicycles and concludes in April of next year.

“Sometimes we like to lead and sometimes we want to see what others are doing,” she explained.

A map of the specific hard-surface trails where ebikes allowed in Durango can be found at www.durangogov.org.