Sí, se pudo!
How a community organized against a corporate buyout 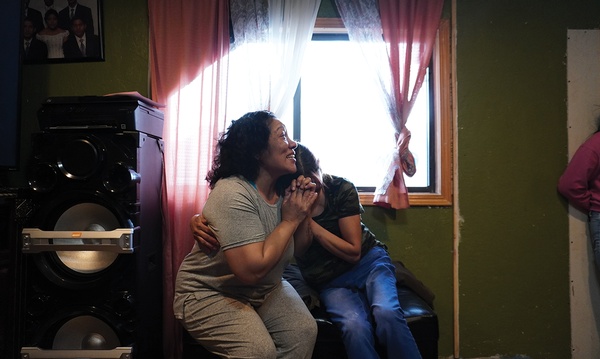 That day, residents were awaiting news on their second offer to purchase the park, located about a mile west of town on Highway 160. Alejandra Chavez has been a park resident for 20 years and is an overseer of the community co-op seeking to buy the land. Surrounded in her home by generations of neighbors and families that Westside has housed for decades, Chavez waited for news.

Sitting beside Chavez, a resident named Maria spoke of finally feeling safe and secure when she arrived at Westside after enduring constant violence and displacement in Mexico. “I can walk late at night, and I know nothing will happen to me. I can walk long distances, and I know I’ll come back home.” Maria continued, “After I moved here, I not only made neighbors and friends but family. And after everything I’ve been through, I feel blessed to be here.”

As a community of predominantly working-class immigrants, many in the park can relate to these sentiments.

While residents recounted memorable moments living in the park, Chavez received a phone notification. “I have to answer this – I think we might have some good news,” she said.

Stefka Fanchi, CEO of Elevated Land Trust, relayed the news over Zoom. “It has been a really tough week,” Fanchi told residents, “but I have an update. And that is that we are buying the Westside Mobile Home Park.”

The suspense turned to celebration as the families erupted in tears of joy and relief. They would no longer have to endure another corporate landlord or the fear of increased rents or displacement.

Though the contract is currently in due diligence, after months of mobilizing, the residents of Westside have taken a major leap in taking collective control of their mobile park.

“You have to fight no matter what,” Chavez said as the joy overwhelmed her. “Whatever we want to do in the future, if we keep together, then we’re going to go a long way.”

“This is really an investment in the real estate itself so that it becomes a piece of public infrastructure,” Fanchi said. “A one-time investment is something that is still going to be serving the community three generations from now.”

Days before Christmas, on Dec. 20, 2021, the residents of Westside Mobile Home Park first received news that the park’s owner, the New York-based IQ Mobile Home, intended to sell the park. Thanks to the Mobile Home Park Act, signed into law by Gov. Jared Polis in June 2020, residents of mobile home parks must be given a 90-day advance warning and the chance to make a counter offer to buy the park. Residents acted quickly, forming a cooperative to buy the land. Westside drew inspiration from Animas View Mobile Home Park, where residents successfully purchased their park for $14 million in 2021. According to the Colorado Department of Local Affairs, these Durango parks are two of four parks in the state that have successfully bought their properties under the new act.

At Westside, the owner began negotiations with Harmony Communities, a California-based corporation that owns 33 parks across the county, last fall before the 90-day notice. A deal with Harmony was disconcerting  – in 2021, it purchased a mobile home park in Golden and within days raised lot rents by 50% without making any changes to the deteriorating infrastructure, according to the community watchdog group Golden United.

Ben Waddell, an associate professor of sociology at Fort Lewis College who has been advocating and reporting on Westside, acquired documents from IQ that revealed the two corporations were set to close April 29. Harmony Communities was also pursuing the Triangle Trailer Park adjacent to Westside on Highway 160, according to the Colorado Department of Local Affairs.

Harmony Communities and IQ Mobile’s efforts in Durango are part of a more significant trend in the West of real estate investors purchasing mobile home parks. The trend is problematic in that oftentimes it threatens an area’s dwindling affordable housing supply.

The same week Westside residents awaited news about their offer, The New York Times published an article sounding the alarm about investment companies buying mobile home parks. In its coverage of Golden Hills, The Times noted, “With prices and rents for all kinds of housing soaring in many parts of the country, demand for manufactured housing is climbing.” The article explained that ongoing stratification of the housing crisis has created a surge in demand for mobile homes, rousing corporate interest.

According to real estate research firm Real Capital Analytics, there was a 23% increase in corporate investor mobile park purchases in 2020. This is on top of a 13% increase for the years 2017-19.

In fact, Mobile Home University, an online “boot camp” that gives investors advice on how to turn a profit on mobile parks, states on its website that “mobile home parks are the hottest sector of real estate right now” due to the decline in the U.S. economy.

“From a corporate perspective, (mobile parks) cash flow like crazy,” said Fanchi. “If all you care about is those rents, and you’re not caring for the homes themselves, you’re basically just the landowner ... the result is crumbling infrastructure.”

In 2013, IQ Mobile Park bought the property from the previous local owners, Walter and Bonny Kerr, for $2.2 million. Once under new ownership, residents said they felt an immediate shift, with upkeep and park maintenance being neglected.

“Everything went to hell within a month of the new ownership coming in,” Chavez said. While the park owner lived in New York, the local property manager had been absent, too, she said.

When residents needed help with issues, they were referred to a 1-800 number with no response from anyone in charge. This ongoing neglect left some in uninhabitable homes, with limited access to utilities, like sewage and water.

Chavez recalled the condition of one neighbor’s home in particular. “The first time I saw their home, I came home and cried,” she said. “How could someone let another live like that?”

After to reach IQ Mobile Home Parks for comment were unsuccessful.

The Funds and the Future

Residents of Westside explain that corporate management was the driving force behind their desire to organize and form a cooperative to purchase the park.

“If we own the park, we can get rid of the current management who doesn’t care,” said Susana Chavez, Alejandra’s sister.

Despite the price tag of $5.5 million for the 5.6 acres of land, many groups within and outside the county provided support. Elevation’s financial backing, as well as a $1.5 million loan approved by the La Plata County commissioners, resulted in an initial offer of $5.46 million. However, IQ Mobile rejected the offer due to Harmony’s more favorable cash offer. Undeterred and given a deadline extension for March 27, Westside residents continued fundraising in earnest to present a cash offer as well, including everything from bake sales to a “Westside Needs a Miracle” GoFundMe page.

Other community members stepped up as well. On March 25, a benefit was held at The Hive, a youth center downtown Durango. Featuring foods prepared by Westside residents and performances by local artists, it raised more than $13,000.

“Seeing how the community is supporting Westside, for me it’s hope,” Beatriz Garcia, program manager of the local immigrant rights group Compañeros, said on the night of The Hive fundraiser.

With this outpouring of financial support, Westside was able to make a second offer of $5.56 million in cash, plus a $25,000 penalty for breaking Harmony’s contract.

“That’s the power of organizing,” Waddell said. “When you bring a whole community together and reporters are looking into things, that matters. Now that community will be preserved, and that’s so important.”

Waddell mentioned the tragedy of Durango’s Santa Rita neighborhood – a predominantly Hispanic community on the south side of Durango from the early 1900s to the late ’60s. The Santa Rita community’s efforts at organizing were unsuccessful, and the neighborhood was displaced when the state expanded Highway 550.

“A generation from now, people will look at (Westside) ... except it’ll be a different story,” Waddell said. “It’ll be a story about how they saved the community, as opposed  to how it was bulldozed.” ? 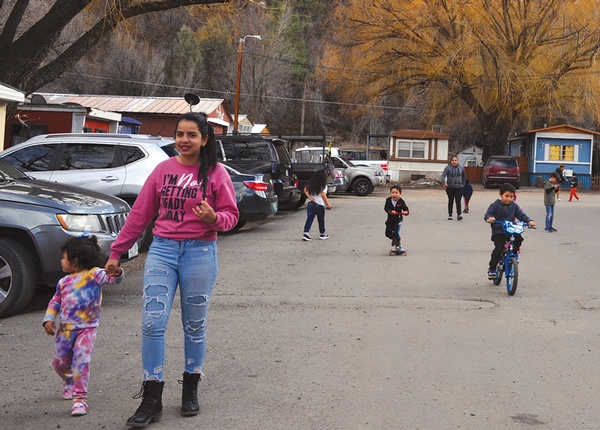 Once fearing displacement, Westside families can now breathe a sigh of relief./ Photo by Jamie Wanzek