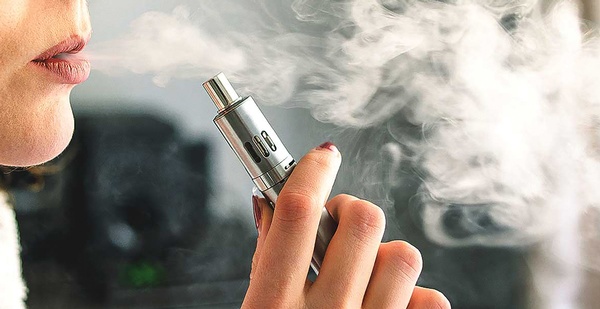 As of Sept. 27, the CDC confirmed 805 lung-injury cases related to vaping or e-cigarettes in 46 states and one U.S. territory. So far, 12 people have died.

The first one came less than two months ago in Illinois.

“We are saddened to hear of the first death related to the outbreak of severe lung disease in those who use e-cigarette or ‘vaping’ devices,” Robert Redfield, director for the Centers for Disease Control and Prevention, said in an official statement Aug. 23.

“Vaping exposes users to many different substances for which we have little information – including flavorings, nicotine, cannabinoids and solvents.”

Since that first confirmed case, the CDC, U.S. Food and Drug Administration, state and local health departments, and other clinical and public health officials have launched a multi-state investigation into the outbreak.

So far, the lung illnesses have not been connected to any specific vaping or e-cigarette product or manufacturer. In some cases, the patients have used nicotine-only products, while others have used ones containing THC, or Tetrahydro-cannabinol, the active ingredient in marijuana, or CBD, cannabidiol, marijuana’s non-psychoactive ingredient.

In other situations, the patients have said they’ve used more than one.

The data compiled by federal authorities, and available on the Centers for Disease Control’s website, shows only one common thread – all of the patients have used some type of e-cigarette product or vaped.

An e-cigarette or vape pen works by heating a liquid and producing an aerosol that users can inhale, according to the CDC. Part of the reason for the increased popularity of these products in recent years was that users felt they could get the nicotine from tobacco without some of the harsher chemicals usually found in cigarettes. And, for many smokers, it has been touted as a way to quit smoking.

Similarly, in states where marijuana has been legalized for medicinal or recreational use, like Colorado, it’s been an effective way to get the benefits of THC or CBDs without all the smoke.

The concept of heating liquid substances into vapor is a technique that can be traced back to ancient times. The modern vape pen or e-cigarette, however, didn’t hit the marketplace until 2007. It is a relatively new innovation with little data on potential impacts to human health.

“Part of the challenge is these products are not well-regulated,” Claire Ninde, director of communications for San Juan Basin Public Health, said. “There is so much uncertainty, we feel everyone should be cautionary.”

As of Sept. 27, the CDC had confirmed 805 lung-injury cases related to vaping products or e-cigarettes across 46 states and one U.S. territory. Twelve people have died – two in California and Kansas, and one each in Illinois, Florida, Georgia, Indiana, Minnesota, Mississippi, Missouri and Oregon.

“The specific chemical exposure causing lung injuries associated with e-cigarette product use, or vaping, remains unknown at this time,” according to the CDC, and “no single product or substance has been linked to all lung injury cases.”

Not all information is available, but for the 771 patients the CDC has collected data on, all of the patients have been under the age of 35.

Tapping down on teen use

Before the recent outbreak even started making national headlines, authorities in Colorado were already concerned with the increase in vaping and e-cigarette  use among youth.

“Vaping has replaced cigarettes as a way for underaged youth to use nicotine,” Dr. Larry Wolk, executive director and chief medical officer of the Colorado Department of Public Health and Environment, said in a July press release. “Too many of our young people don’t realize the health risks involved.”

Annie Mombourquette, substance-use prevention coordinator for San Juan Basin Public Health, explained that’s why San Juan Basin has been partnering with schools in the area for years to host events on how to address teen use of tobacco products and other substances.

She said when parents get involved, it makes a difference – regardless of whether it’s an e-cigarette, alcohol, marijuana, opioid or any other substance.

They plan to host an interactive workshop on how to talk to kids about vaping, JUUL products and other electronic nicotine devices on Thurs., Oct. 3, from 5:30-7:30 p.m. at Animas High School.

“If youths can go to parents to talk about difficult topics, they are less likely to use substances,” Mombourquette explained.

According to the Healthy Kids Colorado survey – which samples more than 50,000 students in grades 6-12 every two years – the use of e-cigarettes is second only to alcohol with 44 percent of those surveyed saying they’d tried e-cigarettes at least once in their lives.

For those in Colorado currently using tobacco products, 14 percent say they prefer something other than e-cigarettes, like traditional cigarettes, chewing tobacco or cigars. But 27 percent admitted they favor e-cigarettes – which is twice the national average.

“Teens and young adults are targeted by e-cigarette companies,” Mombourquette said in an email.

“We see this in the flavors (banned in combustible tobacco), in sponsorships of celebrities and youth-focused events, and allegedly in marketing of the products online and through social media.”

Mombourquette said she has been in touch with area businesses who sell vaping and e-cigarette products, and most are interested in reducing the access of products to kids.

Several states and cities have recently raised the minimum age for buying nicotine products, like e-cigarettes, to 21 years old. Just this week, the Denver City Council became the latest to join in.

Others communities have decided to ban flavored vaping and e-cigarette products, something that’s also been discussed at the national level. In addition, law enforcement officials have been stepping up their campaigns to address illegal sales.

“We don’t have answers because they still have not determined what is making people sick,” Mombourquette said. “It is a very new product, and we don’t have long term data. Right now, it’s probably a good idea to not use those products.”

• Number of cases: 9
• Number of deaths: 0
• Average age of patients: 25
• Gender: 7 males, 2 females
• Counties where the illness was reported: 4 in Denver; 2 in Boulder; and one each in Arapahoe, Jefferson and Weld counties. So far, there have been no reported cases in La Plata County.
• Patients hospitalized: 7
• Substances vaped: 3 vaped marijuana-only products; 3 vaped nicotine-only products; 2 vaped both nicotine and marijuana products; and one is listed as unknown

Source: As of Oct. 2, Colorado Department of Public Health and Environment

• For details or to keep up with the latest updates, call San Juan Basin Public Health at 247-5702 or check out their Facebook page.

• Get the latest from the Colorado Department of Public Health and Environment at www.colorado.gov/pacific/cdphe/vaping-lung-illness.

Talking to teens about vaping 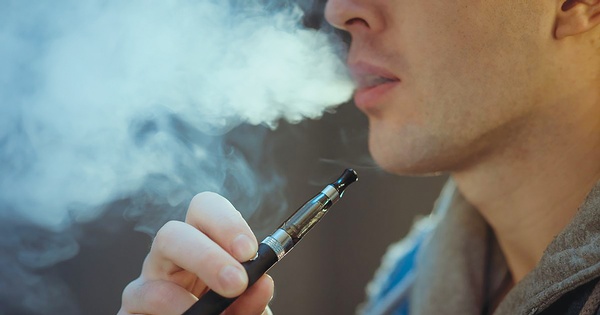 • When talking to kids, remember to listen, consider their opinions and stay calm and nonjudgmental

• Answer questions honestly and, if you don’t know the answers, help your kids find reliable ones

• Have more than one conversation. If you see someone vaping or hear a story about it on the news, take the opportunity to talk about the issue

• Set clear boundaries at home, discuss the rules at school and the consequences of breaking those rules

• Remind your kids that not everyone is doing it. In fact, according to studies, most teens are not.