Something to talk about
Local producer brings TEDx Program to Durango 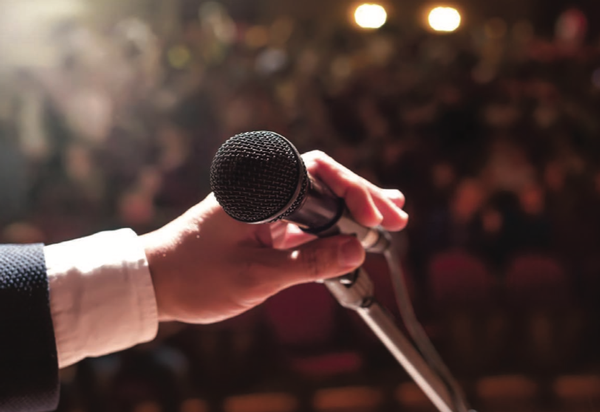 TEDxDurango organizers will host the event for innovative ideas worth sharing on Nov.3 at Fort Lewis College./ Photo Illustration

It’s all talk – and, that’s the point. When the first TED conference was held in 1984, the goal was to talk about the emerging nexus of technology, entertainment and design.

Although the event included ground-breaking ideas, like the e-book and compact disc, it wasn’t a money-maker. It would take another six years before organizers tried again.

By focusing on the mission of sharing – as the tagline goes – ideas worth spreading, the TED brand has grown over the decades into an internationally renowned platform with a fellowship program, podcasts, nonprofit foundation, annual conferences, TED Talks videos, the TEDx program and more.

The key difference between the famous TED Talks and TEDx is the “x,” which stands for independently organized. Speakers at TEDx events aren’t approved by the parent TED nonprofit group. It doesn’t fund the event, nor do any of its leaders help put it on.

Those hosting TEDx events are officially licensed and required to play by the brand’s rules, but it is all produced, organized and presented by a volunteer team of locals.

Dean first came across the TEDx Program while researching another project for her company, Let It Out Productions. She immediately knew this was an idea worth spreading, and applied to host the event in Durango.

Not long after her application was accepted, Dean headed to Denver to attend TEDxMileHigh. It was an opportunity to learn more about the program, how other communities put it on, and how to improve the event in Durango.

Although, as Dean explained, the experience and the talks were amazing, it was the audience that stuck with her.

What actually stood out the most, she said, was seeing thousands of people who wanted to listen, learn and exchange ideas.

“It’s cool to see people who want to change, look for ways to find the change and be the change,” she said of the event. “I think that’s really inspiring.

Every TEDx event, and even TED conference, has a specific theme.

It needs to be broad enough to allow for a wide range of ideas, but inclusive enough to link those ideas to a common platform.

As part of the application process Dean was required to come up with one for the Durango event. What she settled on was laughter.

“If I’m going to spend three hours in a conference,” she joked, “I definitely want to laugh.”

Some subjects are difficult to share, she added, and difficult to talk about. By finding the humor and the laughter in these situations, it can lift the listener – and even the speaker – up for a moment and give them some breathing room to keep listening.

So, the official theme of the event is “Find the Humor.”

This doesn’t mean TEDxDurango is a comedy special, or a venue for stand-up routines and comedians. The talks need to be about interesting, thought-provoking and innovative ideas. Topics that can get people talking. Finding the humor in those topics brings a cohesiveness to the event, according to TEDxDurango’s executive producer Elaine Chick, and reminds the audience that laughter is a common human thread.

“If you can make people laugh, you can create a greater connection with them,” she said.

Chick explained that anyone looking to apply to be a speaker – the deadline to apply is Monday, July 29 – needs to know how to make a presentation and talk to a crowd. But the event isn’t for professional speakers; nor is it just for speakers from the Southwest.

Anyone from anywhere with an idea worth spreading  can qualify – as long as they find the humor in it.

She said the event – which comes to Durango on Nov. 3 at Fort Lewis College – is both an opportunity to spotlight the quality and caliber of individuals in the Durango area, as well as bring ideas to Durango from other areas.

“We’ve got some locals whose ideas are worth spreading and we want more – because we know they’re out there,” Dean added.

So far, the TEDxDurango team has received several submissions for talks from residents in the Four Corners area, other parts of the country and even New Zealand.

“It’s so interesting to see the amazing people that are on the planet,” Chick said. “It also allows communities to see what kind of amazing people are right in your back yard.”

This isn’t actually the first time TEDx has come to this corner of Colorado. The program first found its way to Durango in 2014 and returned in 2016, but only the youth branch of TEDx.

Local charter school Mountain Middle, School hosted student speakers for TEDxMountainMiddleSchool. Many of the videos are still available on YouTube – which is another way the TEDx program continues to share innovative ideas.

Talks presented for these independently-organized events are posted on the TEDx YouTube channel. The videos can be watched again by those who enjoyed them in person, or viewed by people all over the world.

“The entire reason behind TEDx is to build collaboration and community,” Dean explained. “It’s an opportunity for us to come out of our perfect little world and see there’s change to be had.”

If you have a thought-provoking idea you think is worth sharing, contact the TEDxDurango team at kristi@tedxdurango.com or tedxdurango2019@gmail.com.

The deadline to apply to be a speaker is Mon., July 29.

Organizers are looking for 12-15 speakers, and the talks should be about 12-15 minutes long. Applicants need to fill out an online form, answer some questions and submit a sample of the proposed talk.
If you’re not interested in taking the stage, there are other ways to get involved. The team is also looking for volunteers, entertainers, an emcee and business partners. To apply to be a speaker or to find out more, check out the website at www.tedxdurango.com

Talking TEDx: How to get involved 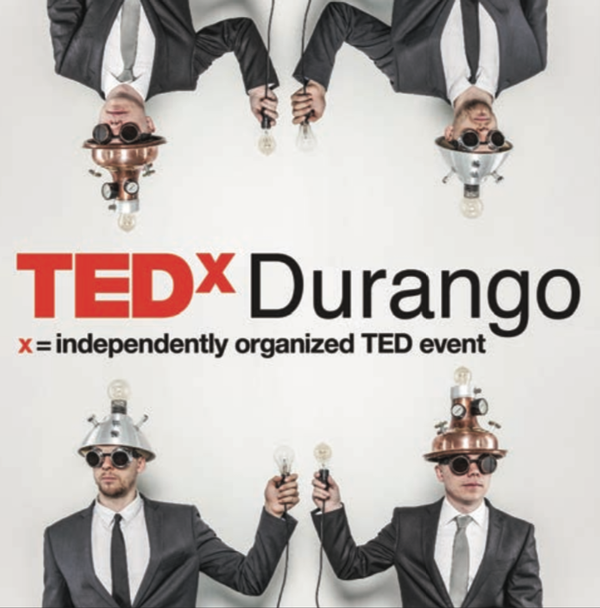 It takes a village to host a TEDx event. In addition to speakers, TEDxDurango needs volunteers, entertainers, an emcee and business partners to make it all happen.

First off, the team is looking for someone to emcee the event. Since the theme is “Find the Humor,” they’ll need someone who can keep the the audience engaged, connected and feeling funny

As for volunteers, TEDxDurango has postitions available to assist with production, marketing, entertainment, help out on the day of the event, work backstage and more.

They’re also looking for entertainers - which is the “E” in TED. They plan to have entertainment during lunch, on stage, and at related events. From dancers to musicians, anyone is welcome to apply.

The other key player, according to organizers, is business partners. Since the TEDx events are independently organized, businesses looking to get involved aren’t just sponsors. They are a part of the team.

To find out more about how to get involved, check out www.tedxdurango.com.

As for being in the audience, there are only a handful of tickets still available, and they’re going fast. Tickets can be purchased on the website.

If you do miss out, though, don’t worry. Organizers plan to simulcast the talks, and tickets  for the simulcast will include lunch and other related events.