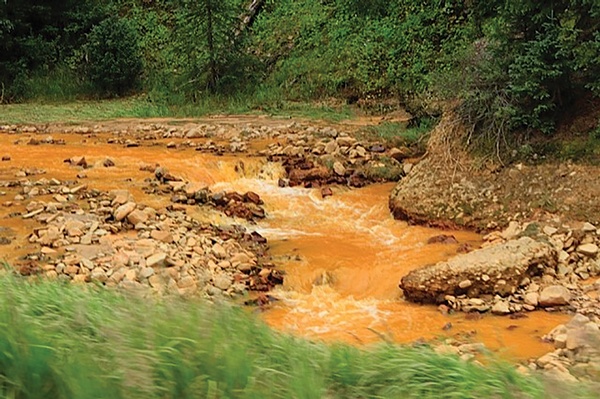 Upper Cement Creek winds through the landscape west of Silverton carrying metals from abandoned mines from the Gladstone, area, which is home to the four biggest polluters in the Bonita Peak Superfund site./File photo

Bonita Peak is unique – even among Superfunds. It encompasses 48 abandoned mines, Cement and Mineral creeks, the Animas River and a host of other waterways that flow in and around Silverton.

“This is a big site,” Ty Churchwell, a member of the Community Advisory Group for the Bonita Peak Superfund site,  said. “It’s basically the entirety of San Juan County.”

The complex nature and sheer size of the site – as it turns out–hasmadeitan ideal candidate for a new pilot program with the Environmental Protection Agency, called Adaptive Management.

Typically, when a site is designated as a Superfund, the EPA comes in, evaluates the situation, makes a specific plan, and follows that plan step by step until it’s complete. It’s a very linear approach, Churchwell explained.

However, in recent years, the EPA has decided to try something new. The agency still comes in, evaluates the situation and makes a plan. The difference with Adaptive Management is that after the plan is put into action, the steps can be changed. It’s far more flexible and, well, adaptive.

Of the more than 1,300 Superfund sites in the nation, only six were chosen to be a part of the pilot program for this new management style, and the Bonita Peak Mining District is one of just two selected in the Western United States.

Churchwell said this new approach is a good fit for Bonita Peak because it will allow the EPA to evaluate whether or not the steps taken have actually improved the situation and then make any needed changes along the way.

With Adaptive Management as the guide, the agency came up with five general strategies for tackling Bonita Peak –

and achieving its stated goals to improve water quality in the creeks and river, minimize unplanned releases from mines and stabilize the sources of those releases. Those strategies were revealed at a Nov. 7 meeting in Silverton.

The one common thread among all the strategies is Gladstone.

All five acknowledge that the Gladstone area north of Silverton is home to the worst offenders – the Gold King, Bonita and Red, American Tunnel, and Mogul mines. These four mines are responsible for most of the metal loading in the region.

Peter Butler, chair of the Bonita Peak Community Advisory Group, has long said those mines must be addressed if any progress is to be made in reducing acid mine waste trickling into the watershed.

“We can’t ignore Gladstone,” Churchwell added. “I think everyone has that in the back of their mind.”

In three of the proposed strategies, the EPA would tackle other mine sites and waterways while evaluating the best way to deal with the Gladstone mines.

The first proposal, which is broken up into Strategies 1A and 1B, focuses on reducing metals and improving water quality in specific sections of the watershed. 1A puts the spotlight on remediation efforts along the Upper Animas, while 1B expands that attention to include Mineral Creek.

The second option, Strategy 2, is called the “worst first” approach. This looks at individual mine sites and deals with each independently, starting with the worst one first. Once the top polluters are dealt with, the agency would re-evaluate and move on down the list.

The third strategy concentrates efforts and funds on building a permanent water treatment plant along Upper Cement Creek at Gladstone. Currently, a temporary plant in that area is treating the water and mine waste leaking from the Gold King. But it’s not even addressing the other three mines, and it’s not a system that’s meant to last – which is causing even more issues.

As an example, the process for treating the mine waste is to pump it into gigantic bags filled with lime. These bags allow the water to leach out while the metals attach to the lime in a thick orange sludge that is then laid out across the ground to dry. However, the piles of sludge have been building up, and the EPA is struggling to find a place to put it.

Strategy 3 includes a plan to build a permanent plant that would not only address all four mines, but would also include a long-term plan to deal with the sludge. The biggest issue with this option, which the EPA acknowledges, is the significant upfront cost and permanent funding needed to maintain the facility.

Finally, Strategy 4 in the EPA’s proposal centers on installing bulkheads on Upper Cement Creek adits and tunnels in the Gladstone area. These bulkheads are not meant to permanently plug up the mine like a cork. Instead, they are temporary installations meant to give the mine time to adjust its chemistry.

According to Churchwell, one of the reasons mine water becomes so acidic – and therefore toxic – is because it’s exposed to oxygen. Bulkheads help keep the oxygen out, which gives the mine time to lower the acidity, making the mine waste less toxic.

“What you’re trying to do is return the mountain to the water equilibrium it had before humans poked holes in it,” he explained.

Bulkheads have been used in some abandoned mines around Silverton in the past, with some success.

“The bulkhead option is certainly of interest,” Butler said. “A lot the bulkheads that have been put in, though, were put in and left. That’s not an option we’d support.”

The Community Advisory Group, or CAG, is made up of 17 members representing a diverse group of stakeholders across the Southwest. It held its first meeting last January.

As it approaches its one-year anniversary, it is working on recommendations for the EPA on which strategy would work best.

The CAG along with another community-based body dubbed the Planning Group – which is primarily made up of San Juan County residents and focuses on needs and issues specific to Silverton – have already started brainstorming new ideas based on the EPA’s proposed strategies.

Churchwell called them hybrid ideas, since much of the discussions have been about taking the best from each strategy.

“I don’t feel we were hamstrung by the five ideas,” he added.

As the primary communication mechanism for residents trying to navigate the EPA hierarchy, the CAG has become an essential resource.

Anyone hoping to understand what the EPA is doing, voice concerns or catch up on the latest news can reach out to the group or attend one of its monthly meetings.

The CAG meets again at 3 p.m. Wed., Dec. 4, at the Durango Public Library to continue the discussion and hopefully come to a consensus on recommendations.

“What the group gets to do here is help the EPA make the decision,” Churchwell said. “We are the voice of our watershed.” 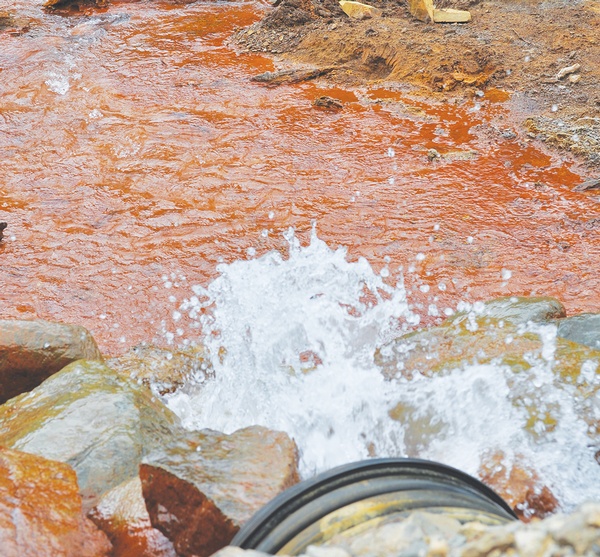 Drainage for the Bonita and Red Mine, pictured above, is one of four mines in the Gladstone area known for the most metal loading at Bonita Peak./File photo 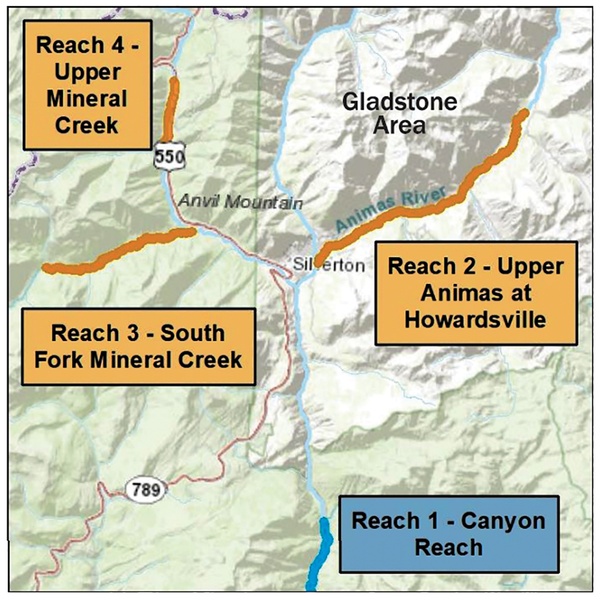 Strategy 1B: Reach by Reach - Remediation efforts focus on Upper Animas and Mineral Creek (Reach 3 and 4), while evaluating options for Gladstone.

Strategy 2: Worst First - Worst polluters, like those in the Gladstone area, addressed first. Followed by re-evaluation and tackling next worst polluter.