Supply-chain reaction
Along with everything else, outdoor adventuring about to get more expensive 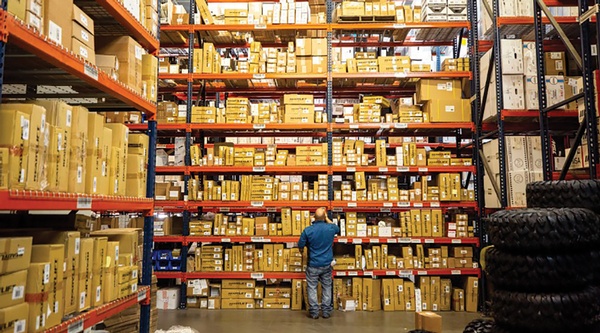 There are millions of dollars of camping equipment and apparel stuck on ships sitting in a harbor right now. That’s a big part of the reason the company Kelty – known for its backpacks and sleeping bags – will be raising prices later this month.

Problems in the global supply chain are creating big headaches for businesses – and for shoppers that are dealing with long waits and higher prices.

No industry has been spared, and that includes the vast market for outdoor recreation equipment. Coloradans should be prepared to pay a little more for gear when heading to the mountains for the foreseeable future.

Russ Rowell oversees Kelty and a number of other outdoor brands for Broomfield-based Exxel Outdoors. He said retailers had to absorb some of the recent shockwaves in order to keep prices manageable.

“If we were to pass on the full breadth of the impact … I don’t believe consumers would be camping anymore,” Rowell said.

The logjam started with a surge in demand for goods from people stuck at home during the pandemic, according to Randy White, the CEO of Wheel Pros, a Greenwood Village-based company that designs and manufactures specialized wheels, including those used on Jeeps and SUVs for driving off-road.

Supply chain snags have only continued to get worse, he said.

“It’s like once somebody steps on the brakes in traffic and all of a sudden you have hundreds of cars backed up on I-70 … It’s a chain reaction all the way through the system,” White said.

The network that gets stuff from point A to point B is a global web of ports and highways, ships and trucks and planes. And, of course – people. There are countless ways for things to go wrong. But up until recently, things mostly got to where they needed to be, when they needed to be there.

These days, there are hiccups every step of the way. For example, a COVID-19 case could shut down a port in Asia. Finally, it opens back up and ships leave, but when they get to the U.S., the ports are clogged. On top of that, there might not be enough workers to move the cargo after it’s unloaded.

It can start with simply getting goods aboard a ship, according to Steve Hoogendoorn, co-founder at Yeti Cycles, a mountain bike manufacturer in Golden. His shop booked space on a ship that never materialized.

“They call them ghost sailings, when they just don’t actually show up,” Hoogendoorn said.

The time it takes to get a shipment from Asia to his workshop in Golden has quadrupled, and it can be as long as four months, he said.

Shipping costs are skyrocketing because everybody is desperate to get their products and forced to pay whatever it costs. Before the pandemic, it cost between $1,500 to $2,000 to get a container from Asia to the U.S., according to White. In September, it was $15,000, he said.

The various hold-ups are even changing the products themselves.

“This is the part that basically holds the boot in … it is kind of the key. This one part holds the heel of the boot to the binding,” he said.

He ended up having to redesign the binding when his supplier told him he wasn’t going to get the material in time for winter. Bombard had to raise his prices by 10%.

Bishop designs skis, too. In an ominous sign for how long the problems will drag on, Bombard recently received word that he’ll need to cut next year’s order for skis by 20% due to the potential for ongoing material shortages.

Hoogendoorn of Yeti says his company is thinking about ways they can source more of what they need domestically.

“The most basic way for it to get solved is for demand to drop off, for us to stop buying as much product … from Asia,” he said.

The kinks in the supply chain go way beyond outdoor equipment. Prices are going up everywhere – from the grocery store to the gas pump. The supply chain isn’t the only thing driving inflation, but it’s definitely making things worse.

Rowell, of Exxel, said his company waited as long as it could to raise prices, especially because camping is seen as an affordable vacation option. With everything getting so expensive, some families have tough choices to make when it comes to money.

“They’re not going to spend it on camping goods when they have to buy milk,” Rowell said.