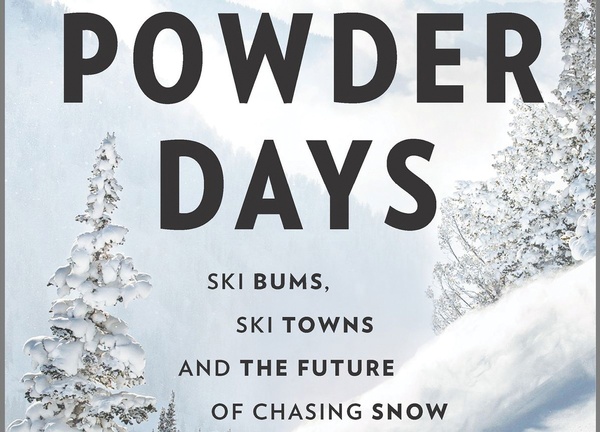 The archetypal ski bum is probably hungry, definitely smelly, and likely shunning social expectations. They are living in their truck or sleeping on their buddy’s floor. They don’t pay for lift tickets. PBR is the common currency. The ski bum is upending elitism by taking full advantage of it. And whether they are bound in motion, chasing the next storm or bound in a place, it doesn’t matter. The ski bum has centered their life around something ephemeral – the perfect turn, a weightless feeling. At least that’s the idea of the ski bum, an often over-romanticized version of the truth.

The truth is, to be a ski bum is to live in a liminal space mostly dependent on snow and affordable housing. Which, of course, comes with a certain level of privilege. What lies below ski towns’ shimmery, glittery fantasy lands can be unforgiving, too. There is sexism and racism. There are high suicide rates and economic disparities. And with warming climates, the ski bum’s promise is narrowing. What is the future of chasing snow? Does it matter? Is skiing even important?

With a critical eye and grounded voice, author Heather Hansman analyzes these questions and ski culture in her latest book, “Powder Days: Ski Bums, Ski Towns and the Future of Chasing Snow.” Hansman’s writing is simple, clear and so very powerful, and has appeared in Powder, Outside and Ski magazines, as well as the Seattle Times and High Country News.

Her latest work is part anthropology, part historical reference, and part examination of the shifting economy of skiing. The writing blends personal memoir, travel adventure writing and clean investigative reporting. Hansman threads these viewpoints together through a coast-to-coast road trip to understand the state of skiing, its future and her complicated relationship with the sport.

This book is about skiing, yes. But the way Hansman blends these perspectives begs the question: can counterculture exist without devouring its own soul and can its seekers remain true? There is beauty in the devotion, however. And Hansman has a natural skill for moving between these two dichotomies. “I believed in the myth of the ski bum, in all its weirdness and brokenness and selfishness, because I wanted the dopamine and the belonging and the feel of it: the romance of the early morning, sparkle-studded flint of the hoar frost, or the way I forget to breathe on bump turns.”

Hansman is an East Coast skier who moved West on a whim in her early twenties “with the promise to ski every day.” She traded the White Mountains for the Rockies and scanning lift tickets at Beaver Creek Resort. The West also provided the fantasy of the frontier – “bigger ranges and bigger adventures.” She recognizes this desire and the problematic ideals of the West. Regardless, the experience defined the next decade and a half of Hansman’s life, the sole focus of which was skiing. Hansman lived out the ski bum dream by surviving off PBR and trail mix and slinging pizzas and ski patrolling. However, she soon felt the pressures to define herself outside skiing and abandoned the dirtbag lifestyle for professional opportunities, ultimately landing in Seattle. It’s a decision that seems to haunt Hansman – a layer of the book walks through her grief and remorse from never entirely devoting herself to skiing. It’s painful yet cathartic to read, giving the book an emotional edge that feels important when discussing this lifestyle.

Hansman begins her journey in Jackson Hole and ends in Silverton. In between are different vignettes of diehards who have dedicated their lives to skiing, like Pammy at Bridger Bowl or KT Cheryl at Palisades Tahoe (formerly Squaw Valley). Both are 60 and still skiing 100 days a year. Through their stories, we learn the psychology and brain chemistry of risk-takers. In Jackson, we meet Benny Wilson and the Jackson Hole Air Force – a legendary ski gang that pushed the sport in the ’80s. In Aspen, which has “three times the national average of completed suicides,” we understand why mental health in ski towns suffers. And at Ski Santa Fe, we meet Petra and Jack, who face drought and the winnowing of winter in the Southwest. Altogether, we learn about these characters’ snow-choked lives, and despite the precarious nature of being a ski bum, we understand why they have chosen a less conventional path. Hansman uses these different personalities as a springboard to reveal something greater about skiing: its past and future, its shadows, and its light.

Hansman argues that skiing is an exclusive sport made for wealthy white males, and she is not shy to call out the industry and its fault lines. She reveals that Teton County has the largest income disparity in the country (the top 1% of earners make 233 times those in the bottom 99%). And in Aspen, the gap between what an average household could afford and the median price of a home there could grow to 400% in the next decade. She explains the exclusive nature of skiing, dating to its inception. The mindset of the white colonizer, to conquer and claim, is still present in skiing today and directly impacts who has access to the sport. “Making somewhere like Aspen sustainable for ski bums (and really anyone who isn’t in the 1%) will mean reining in the extravagance. But for some people, that’s the whole appeal. They like the idea of exclusiveness and recklessness, and they get to set the bar.”

It came as no surprise that Hansman’s journey – and book – ended in the San Juan Mountain, where she found an answer to her quest. To her, Silverton is a “specific kind of grimy paradise.” And it seems the magic and isolation of the San Juans and Silverton Mountain, the last ski area to be built in the United States, captivated her, too. The culmination of “Powder Days” rests on Hansman finding Dolores LaChapelle’s book, “Deep Powder Snow.” LaChapelle was a pioneer of powder skiing in the ’60s and ’70s, living in Alta, Aspen and Silverton at the end of her life. LaChapelle’s book is a “full-on ski bum benediction,” explaining that powder skiing both connects us to the Earth and ourselves, and teaches us how to live. And yes, skiing does matter. Concluding “Powder Days” with LaChapelle’s words and the backdrop of the San Juans helps Hansman and readers reckon not only with the ski industry but, ultimately, ourselves.