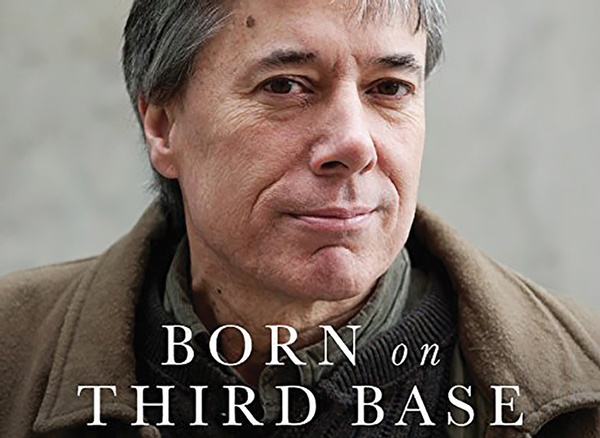 When Chuck Collins, an heir to the Oscar Mayer fortune, was 26, he gave it all away. Half a million dollars to be exact.

Collins, who was born in Madison, Wisc., and later moved to Detroit, was a child of the turbulent ’60s. At a young age, after witnessing the 1967 race riots in Detroit, be began questioning the idea of white privilege and inequality.

“It doesn’t seem fair,” he complained to his mother, who agreed but offered few solutions.

So Collins set out to find them on his own. Today, at the age of 59, he is one of the nation’s leading activists on solving inequality and an expert on tax policy, corporate power, class privilege and something he calls “effective” philanthropy.

On Oct. 4-6, Collins will be in Durango to share his vision for creating a more equitable society in a series of events hosted by La Plata County Thrive! Living Wage Coalition.

“Collins is a national expert on economic inequality, tax policy, corporate power and class privilege,” Thrive spokeswoman Maureen Maliszewski said. “His message is acutely relevant to the mission of Thrive and our region.”

The area’s vexing high cost of living paired with service-sector wages is no secret. According to Thrive!, the livable hourly wage for a single person in La Plata County is $13.31. However, 27 percent of working people in La Plata County earn less than $12.98 – this is despite the fact that most have a high school education or GED, and nearly half have a college degree.

Collins has addressed such wage gaps in several books, including his latest, Born on Third Base: A One Percenter Makes the Case for Tackling Inequality, Bringing Wealth Home, and Committing to the Common Good. In addition, he is director at the Washington, D.C.-based progressive think tank, Institute for Policy Studies, where he directs the program on Inequality and the Common Good and writes for the website, www.inequality.org. He is co-founder of Responsible Wealth and Wealth for the Common Good – a national network of business leaders and high net worth individuals concerned about shared prosperity and fair taxation.

But Collins doesn’t just write about the problems, he also walks the talk. In addition to living in a commune in his younger days, he also worked at a refugee camp in El Salvador in the 1980s; regularly stands up for renter’s rights during evictions; and most recently, joined a fracking blockade.

On rejecting his financial legacy – which was given to social justice organizations – Collins said he made the decision upon realizing his inheritance wasn’t helping him but  could help others. Nevertheless, like many in white America, he realized the move still didn’t erase all his advantages in life. According to Collins, much of privilege is “hardwired” and mostly taken for granted – access to good schools and doctors, healthy environments and social connections. It is this “head start” that fuels inequity and drives a deeper wedge between the haves and the have nots.

“I don’t hate the 1 percent,” Collins recently said in an interview with The Sun magazine. “But I deeply hate the ways extreme inequality wounds people’s lives, fuels racial divisions, rips our communities apart and destroys our ecological home.”

Consider a few statistics Collins likes to throw out:

• In the first six months of the 2016 presidential campaign, almost half the money contributed to candidates, both Republican and Democrat, came from just 158 donors.

• The wealthiest three people in America – Jeff Bezos, Warren Buffett and Bill Gates – have as much as the poorest 50 percent.

• The poorest 20 percent of Americans have negative net worth, meaning they owe more than they own and have nothing to fall back on.

• Nearly 45 percent of American households don’t have access to $1,000 in case of an emergency.

• About 58 million Americans earn less than $15 an hour, including more than half of African American and Hispanic workers. • More than 41 million workers earn less than $12 an hour – barely above the poverty line for a family of four.

Though Collins understands how these numbers can direct anger at the super-wealthy, he believes real change needs to be built on empathy. He insists everyone, whether rich or poor, are all interdependent on one another.

“As we divide into affluent and poor enclaves, people’s sense that they share a common destiny withers, replaced by fear, misunderstanding, and class and racial antagonisms,” he told The Sun. “If we don’t try to understand each other’s experiences, we’ll remain separated.”

Collins said the wealthy can help the problem by paying their fair share of taxes, as opposed to avoiding them. “Philanthropy is not a substitute for an adequately funded public sector and a progressive tax system,” he said. “Wealthy people also need to take their capital out of global financial speculation and start investing it in real economies and businesses.”

He points to several successful societies, where the wealthy pay their proportionate share of the communal safety net, such as in Norwegian countries. There are even examples of this kind of progressive thinking at home, with Portland, Ore., in 2016 imposing a 10 percent tax on companies that pay their CEOs more than 100 times the median salary of their workers. In July, Seattle passed a 2.25 percent income tax on those with annual incomes over $250,000/individuals and $500,000/married couples, and in 2016 San Francisco voters levied a real-estate tax on all properties selling for more than $5 million.

“We’re not here on this planet to toil, especially when we don’t understand why we’re doing it,” he told The Sun. “I think we’re here to take care of each other, to be good stewards of the earth, to help it regenerate, to put back what we take out, and to defend the commons ... the future could go badly, of course. But we could also go in a different direction. It’s in our hands.”

To read Collins’ full interview, go to www.thesunmagazine.org/issues/506/separate-and-unequal. For more on Thrive! Go to thrivelaplata.org.