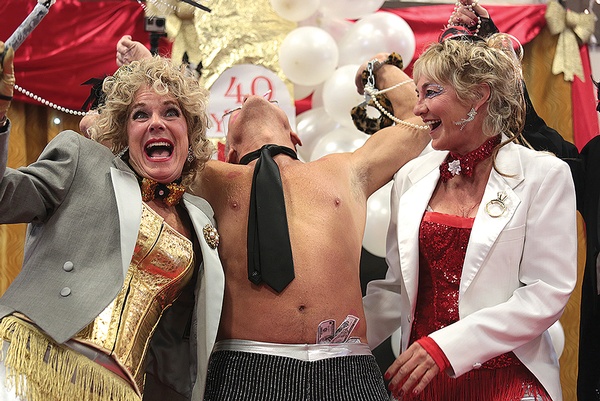 Get ready for a magical and mystical Snowdown in January 2022 as the popular winter celebration returns after having to be cancelled in 2021 for the COVID-19 pandemic./ File art

After a year hiatus because of the COVID-19 pandemic, Durango’s notorious and celebrated Snowdown winter bash is back on.

Snowdown was about to celebrate its 43rd year in winter 2021, but with the pandemic surging across the world, event organizers were forced to cancel it for obvious reasons, which we no longer have to rehash here.

Still, it was an eerie feeling this past year with no wild Snowdown antics to light up the town in the dull of winter – no light parade down Main?Ave., no Follies, no mattress races down a flight of stairs. In fact, it was the first time in the winter celebration’s more than four-decade run that it ever had to be canceled.

But distance, as they say (we don’t know who “they” are), makes the heart grow fonder, and Snowdown is expected to come back better and weirder this upcoming January.

“The community missed out on that fun together,” Lile said.  “So this could be one of the most attended Snowdowns in history. There’s pent up desire to get out there.”

Before getting too far in, we here at the Telegraph realize there may be a couple new residents in town who may be asking, “What’s a Snowdown?” Well, we asked some long-time Snowdowners to try and sum it up:

“It’s a five-day costume-birthday party with all your best friends in town,” Peg Ochsenreiter, who serves on the Snowdown Board of Directors, said.

“It’s a winter carnival to shake off the winter blues, and dress up and have fun with your friends and neighbors,” Linda Mannix, one of the event founders, said. “I like to think of it as a cabin fever reliever.”

As the Durango lore goes, in fall 1978, people were looking for ways to liven up the town’s winter economy, while at the same time break up the tedium of the long, cold months. Purgatory Resort had opened in 1966, of course, but businesses were still looking for that economic jolt and draw to town.

One Sunday afternoon, a Durango Herald salesman, John Murrah, went over to the house of Terry Fielder and Mannix (who were married at the time), and as the three watched a Broncos game together, they bounced possible ideas around.

“I was there with a Budweiser in my hand … when we said, ‘Let’s throw a winter festival,’” Mannix said. “And we picked the last weekend of January.”

With a $2,000 loan from Morley Ballantine, who owned the Herald, organizers were able to make some posters and advertise around town. And they started dreaming up crazy event ideas – a ski instructor vs. ski patrol softball game on snow (which still exists today), a K-9 fashion show, a light parade with torches down the slopes of Purgatory. And in just a few months, the first Snowdown roared through town.

“We were stunned at the turnout,” Mannix said. “People came out of the woodwork. It just took off.”

In just a few years, Snowdown grew to a multi-day annual event, bringing in a notable financial boost and visitors from all over. And in doing so, the winter party caught the eye of big players that wanted to take it over. But its founders never wavered or sold out, turning the event into a nonprofit run mostly by volunteers, which is the existing model to this day.

“Everyone was just stubborn enough to say ‘no,’” Mannix said. “And thank heaven they did.”

Every Snowdown has a theme, and over the years, there have been some doozies – “Hot Fun in the Wintertime,” “Roman Around” (think togas) and “Yabba Dabba Doorango.” One year, there was even a “No Theme!” theme. (Just FYI, themes are chosen two years in advance, so your brilliant ideas will have to wait till 2024.)

But the true draw, for many, is the dizzying array of events around town from Wednesday to Sunday, ranging from family fun to the debauched. You could find yourself treating your body right during Cat Yoga on a Saturday morning, and later that night, running around El Rancho with a dart in your butt.

(We are referring to, of course, butt darts, where teams have to carry quarters around in their butt cheeks – which we presume are clothed – and drop them into buckets. For the record, one Telegraph editorialista claims to have played butt darts years before it became trendy, in a faraway placed called Boulder, where it was called “butt quarters.” We have yet to fact check this information.)

All this to say, Snowdown offers something for everyone, whether you’re looking to help volunteer and fundraise for a good cause or let off a little steam for a couple of days in the dead of winter. Or a healthy mix of both.

This upcoming year’s theme (which was delayed from 2021) is “A Magical, Mystical Snowdown.” As Ochsenreiter puts it, think whimsical, wizards, unicorns, happy things. Snowdown organizers will never tell you what to wear, but Ochsenreiter suggested costumes veer on the light, happy side of life.

“We don’t want a lot of dark, scary things,” she said. “We’ve had enough of that from the last year and a half. But, you know, as usual in Snowdown, people are so creative with their costumes, I’m sure we’ll see some interesting takes.”

While Snowdown is expected to return in full force, it may look just a little different with some necessary changes because of the pandemic, namely due to capacity issues. Also, a couple of venues that hosted events – like the Henry Strater Theatre and Irish Embassy – have closed. But like most things in the past year, a lot will be decided on the fly.

“Looking into a crystal ball is hard to do,” Lile said. “But I see very few scenarios where Snowdown has to be canceled, it would be a dark day in the COVID world to have to cancel again. But we may have to alter how some events are pulled off.”

For the meantime, people can start to get in the mystical and magical spirit by going to the Snowdown kickoff party Oct. 14 at Fur Trappers Steakhouse & Bar, 701 E. 2nd Ave. There, you can learn how to submit your ideas for possible events.

“When we dreamed this up, we had no idea it would be so popular,” Mannix said. “The whole goal was to throw a party and get everyone in the community out to enjoy it and have fun, and that’s what it’s still about.” 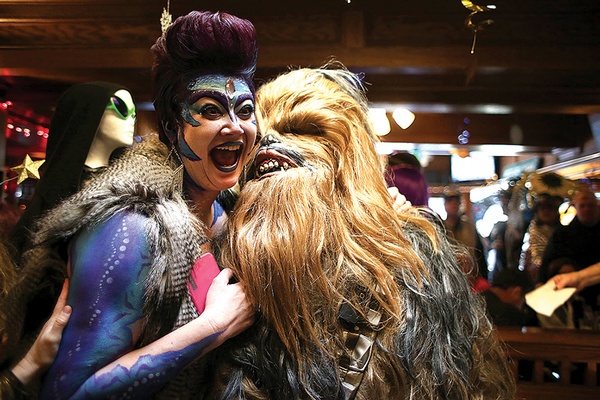