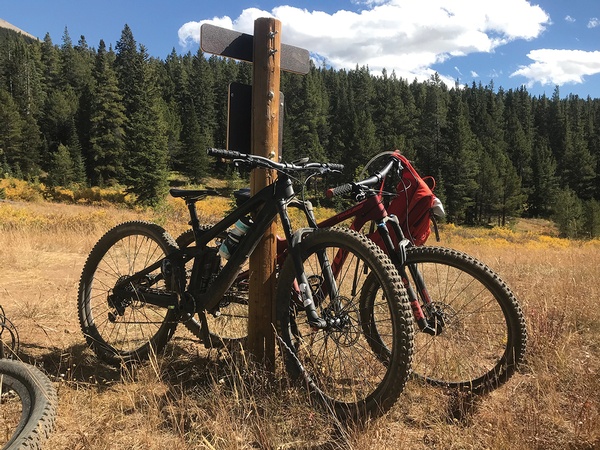 Not much has changed since the public scoping process for the Bureau of Land Management’s travel plan for Archuleta, La Plata and Montezuma counties began earlier this year – something local trail advocates aren’t pleased about.

There are still miles of new trails marked for Mancos, a rerouting of the system atop Animas Mountain, no connectors between Twin Buttes and Overend Mountain Park, and a halt to any official routes along Skid Ridge or Hogsback.

The one thing that has changed, however, is all anyone is talking about – e-bikes.

On Aug. 29, Secretary of the Interior David Bernhardt signed Order 3376: Increasing Recreational Opportunities through the use of Electric Bikes.

This order means e-bikes are now allowed on all lands managed by the Department of the Interior, which includes the National Park Service and Bureau of Land Management.

It’s sparked yet another e-bike debate – something that’s increasingly commonplace as they become more affordable, more available and easier to use. Part of the rising popularity is access, which Bernhardt highlights in his order.

“This order is intended to increase recreational opportunities for all Americans, especially those with physical limitations, and to encourage the enjoyment of lands and waters managed by the (department),” the order reads.

But, like any evolving technology, no one really knows how it will impact public lands.

One of the arguments against allowing e-bikes is that because they have motors – albeit electric ones – it opens the door to other motorized vehicles, like motorcycles or dirt bikes.

Jeff Christenson, outdoor recreation planner for the BLM’s Tres Rios Field Office, said he’s heard concerns about whether or not allowing e-bikes on public lands would erode the boundary between what’s considered motorized and nonmotorized.

“I’ll be curious to see what the public thinks – is it that much of an issue or not?” he added.

With the BLM’s recent release of the preliminary Environmental Assessment for its proposed travel plan, he could soon find out. The document is open for public comment through Oct. 21, and Christenson is looking forward to seeing those comments – particularly the ones related to e-bikes.

The BLM offers three options in the proposed travel plan – all of which Christenson said are considered viable. Alternative A is the pre ferred option and the most detailed.

Some key features of Alternative A are:
• The Aqueduct: A new 14-mile, nonmotorized trail system about 2 miles northwest of Mancos, which was intended for mountain biking, hiking, trail running and equestrian use.

• Phil’s World: Although a portion of Phil’s World near Cortez runs across BLM lands, changes to this area are not included. Instead, the BLM is going to address any Phil’s World proposals on a project-specific basis.

• Mud Springs: A new 4.5-acre motorized play area near Cortez, which would be for day use only and limited to off highway vehicles, or OHVs.

• Chutes and Ladders: A new trailhead and parking lot with a new trail connecting these to the existing system, and the closure of a 1⁄2-mile section to improve wildlife habitat in the area.

• Perins Peak: Enforcement of the prohibition of mechanized use, which includes closing Skid Ridge and Hogsback trails (which connect to Overend Mountain Park) to mountain bikes.

• Animas City Mountain: A new 2-mile trail on the western rim for nonmechanized users, a rerouting of existing trails on the eastern rim, and two new trails on the interior specific to mountain bikes.

• E-bikes: Class 1 e-bikes (which are pedal-assist only with a 20 mph speed limit) would be allowed on all trails designated for mechanized and motorized use.

The second option (Alternative B) is no action. This is a part of every federal Environmental Assessment, and is used like a baseline or control. The third, and final, option (Alternative A-1) is considered a modified version of the first. The modification is that it would allow Class 1, 2  and 3 e-bikes on all mechanized and motorized trails, whereas Alternative A only allows Class 1.

“With their increased speed and increased similarity to motorcycles, this alternative would be expected to cause more social conflicts between trail users,” the proposed plan reads.

Christenson couldn’t say if the BLM is required to allow all classes of e-bikes under the new order, or if regional offices can use some discretion. He’s waiting for clarification from BLM officials in Washington, D.C., and it’s unknown when they’ll send word.

It’s not all about e-bikes

Although e-bikes are the big topic of discussion, several of the BLM’s other decisions unrelated to e-bikes are not sitting well with local trail advocates either.

One of those is the lack of any trail connecting Twin Buttes with Overend Mountain Park on the western side of Durango.

“The BLM is not listening,” Mary Monroe Brown, executive director for Trails 2000, said in an email. “We are disappointed that they will not help the community locate an acceptable access route between these two parcels, especially given the number of meetings and requests we have put forward over the years.”

The BLM considers the property that divides these two systems to be a wildlife management area, which prohibits mechanized uses like mountain biking. In the proposed plan, this means the only way to get from Overend to Twin Buttes is via Highway 160.

Monroe Brown said social trail connections are forming because people are trying to avoid the traffic on 160. “We are trying to propose a sustainable connection that protects the landscape, yet provides access,” she added.

According to Christenson, the proposed plan is a good backbone for land management, but it doesn’t mean the door  is closed to requests for new connectivity.

“There were several trail proposals that weren’t quite right at this time,” he explained. “Those (proposals) can still be addressed in the future.”

Other missing pieces in the proposed travel plan, according to Monroe Brown, include not recognizing the Old Car Loop trail, which connects Durango Mesa to the Grandview and Three Spring areas; and, the creation of a connector trail for the Edgemont neighborhood to the Smoke Jumper Trail.

She also pointed out that although the proposed plan mentions the importance of the recreation economy to the Southwest, it seems the BLM took few steps to promote that ideal.

Durango has more cycling national champions, world champions and Olympians per capita than any other town in the U.S., Monroe Brown said, including one of the most successful junior development programs in the country and FLC’s cycling team has 24 national titles to its credit.

“We have six bike shops, four outdoor stores, two running stores and more (of an) outdoor recreation economy than any town in the area,” she added. “Companies are located here and recruit employees based on trail access ... we feel the Durango brand relies on access to the outdoors and trails are the gateway to that access.”

The one place where e-bikes wouldn’t be allowed on BLM lands is Animas City Mountain. It turns out, that trail system north of town crosses property owned by the City of Durango.

“For the time being, no e-bikes could access Animas City Mountain, but that would change if the City of Durango were to authorize e-bike use on city trails,” the BLM’s newly released Travel Management Plan reads.

Under current federal and state law, it is up to the local governments to decide how they want to regulate e-bikes on their natural surface trails. However, there is one unknown.

All the city’s open space – with the exception of Twin Buttes – was purchased using Great Outdoors Colorado, or GOCO, funds and set up as conservation easements with the La Plata Open Space Conservancy, which does not permit motorized travel.

The question then becomes, are e-bikes considered motorized?

Parks and Recreation Director Cathy Metz said they’ve reached out to the La Plata Open Space Conservancy for clarity, but have yet to hear back.

They are hoping to have an answer before next week’s meeting with the Natural Lands Preservation Advisory Board at 6 p.m. Mon., Oct. 14, at the Durango Rec Center when they’ll take up the issue.

“The city is looking at this, and we will definitely have a public meeting before we make any kind of decision,” she added.

On the move: BLM relocating headquarters to Grand Junction 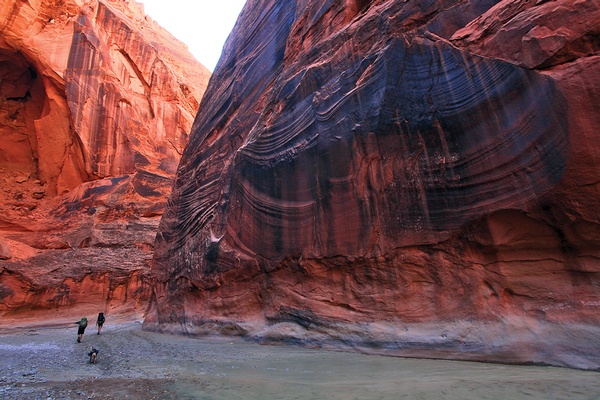 Hikers stroll through lands run by th eBLM along the Utah/Arizona border. The BLM manages 245 million acres of land in the U.S., much of it in the West./ Photo by Stephen Eginoire

Word came out in July that the Bureau of Land Management would be relocating its headquarters from Washington, D.C., to Grand Junction – a move that was spearheaded by Sen. Cory Gardner, R-Colo.

“Relocating the Bureau of Land Management to the Western Slope of Colorado will bring the bureau’s decision makers closer to the people they serve and the public lands they manage,” he said in a statement.

Some praised the move, including Colorado Gov. Jared Polis, who pointed out the economic boon it would have on the West Slope city.

Others criticized it, including top administrators who would have to make the move, claiming it was the first step to dismantling the federal agency – an idea that wasn’t quelled with the appointment of William Perry Pendley, who has advocated for the sale of public lands in the past, as the BLM’s new acting director. Critics also point to the announcement that the BLM’s neighbors in their new digs would be oil and gas lobbyists and employees of Chevron.

Only time will tell if Gardner’s move is a “victory for local communities, advocates for public lands and proponents for a more responsible and accountable federal government,” as he touted.