Theatre is back
(but some would argue it never really left) 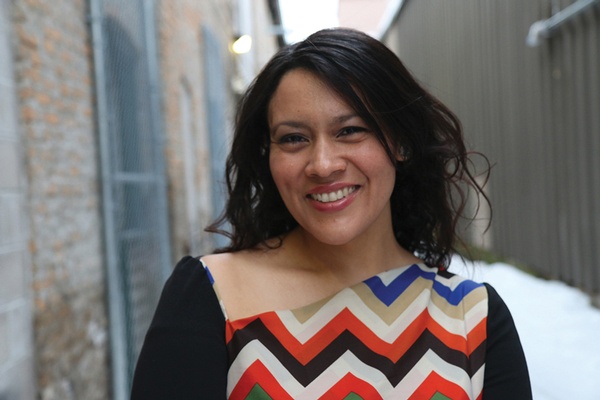 Playwright Rhiana Yazzie's piece, "Wild Horses," will be featured in FLC's "Native Stories for All Ages." Yazzie will be on hand Oct. 15 for two Q&As.

This is the first in a series of short features aimed at telling the stories of our theatre community and its resilience to create – and continue to create – when the world threw us all a curve ball. In March 2020, we were all in a state of how to move forward, some thinking it will only be a few months and all will go back to normal, and some thinking … well, I can’t think!

As for me, I sat in a small restaurant in Santa Fe watching flamenco dancers, eating and drinking with some new creative friends, and enjoying live music and dance. Who knew that one week later all would shut down and none of the joys we – my husband, Charles, and I – had made our life’s work, would disappear? Performances were “postponed,” then cancelled for theatres, both companies and performing arts venues, across the world.  For the world of theatre and performance – where collaboration lives – it became a chance to reinvent itself. For many it worked; for some it did not. But for those who took the dive into this creative opportunity, the changes carved a new path that will probably last for years to come.

And it is now safe to say, theatre is back (and some would say and it never really left!)

Durango is home to a thriving theatre community, and many of us don’t even realize what we have! So, consider these stories a way to enlighten and educate us – and I include myself, as I am excited to explore the arts community and make new friends along the way. I look forward to features on Merely Players, Durango Arts Center, the Community Concert Hall (where in full disclosure my husband, Charles, is the director) and FLC’s newly developed Performing Arts Department, a merger of the theatre and music departments. I’m sure there will be others along the way, and I hope you’ll contact me and tell me all about it (denise.leslie@gmail.com.)

But first, we will start with FLC’s Theatre Department, which has been around for more than 50 years, presenting shows directed by students, faculty and special guest artists. These folks are close to my heart as I worked with them for a couple of years as the media coordinator – they rock! There have been a lot of changes in the department including the retirement of Professor and Department Chair Ginny Davis; budget cuts; and the challenges brought by COVID-19.  These developments have left new and adventurous opportunities. It will be exciting to share the stories in this new era of theatre.

The latest chapter for FLC Theatre begins Oct. 15 and runs through Oct. 23, with “Native American Stories for All Ages,” a series of three short plays exploring cultural traditions written and directed by Native Americans. The stories include the hour-long performance of “Wild Horses,” of a young Native American girl from L.A. who takes a fantastic journey into her family’s history using puppetry and imaginative characterizations. The play is written by award-winning Navajo playwright, producer, director and actor Rhiana Yazzie, who is based out of the Twin Cities. The play is directed by guest artist Kim Gleason, from Two Worlds, a Native American theatre and performing arts company in Albuquerque. Audience members have two opportunities to participate in a Q&A with Yazzie, from 1-2 p.m. Oct. 15 and following the performance that night.

The second piece, “Chief Tender-Foot” is a 20-minute play written by Annawyn DeBenning Shamas, a playwright from the Chickasaw Nation in Oklahoma. Shamas has directed productions in the States as well as Germany, England and Monaco. The play is based on a Nez Perce legend about the first moccasins, and the chief has a problem … his feet! It is directed by FLC senior Tyler Gleason, who was part of the Theatre Department’s season selection committee. “This story means a lot to me because, being Indigenous, often our stories go untold, or told from the white perspective,” he said. “This performance will showcase the oldest tradition: storytelling and how we pass it down from generation to generation.”

Audiences can be part of a Q&A with Shamas and Gleason on Oct. 22 following the performance.

The performance closes with the seven-minute play, “Buffalo Tricks,” written by Alan Kilpatrick, an Irish and Cherokee Native American playwright. Can two wily bison out-wit Buffalo Bill Cody? I guess we will find out soon enough! It is directed by FLC senior Shane Ventris.

The three short plays are considered family friendly, as the show’s title suggests. “Our mission for the Theatre Department is to include theatre for young audiences as often as we can,” FLC Theatre Professor Felicia Meyer, who was also part of the theatre selection committee, said.

There is a lot going on up on the mesa at Fort Lewis College, and I highly encourage you to take some time to explore the performances offered by FLC’s new Performing Arts Department … more to come from these folks!

Next time, I’ll tell you about Durango Arts Center’s journey to host the “Rocky Horror Show,” a Durango must-see Oct. 29-31.? 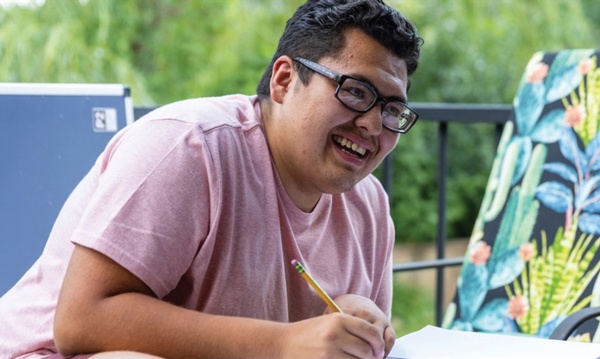