To the bat cave!
'Bat walks' take to the night skies to better appreciate our nocturnal neighbors 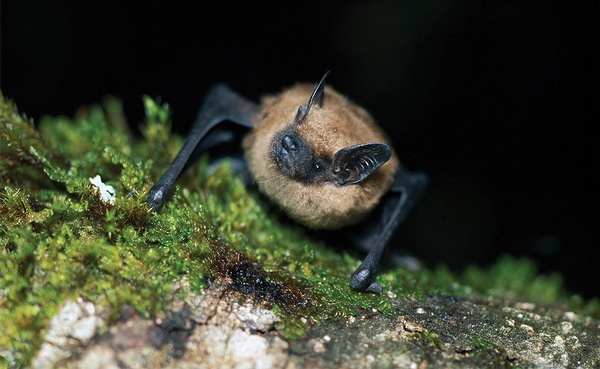 Big brown bats, aka Eptesicus fuscus, are among the more common bats in Colorado and one of 13 species found in Durango. They are also some the fastest, reaching speeds of 40 mph./ Photo by Michael Durham

Durango’s got bats, and the Powerhouse Science Center would like to introduce you to them. In partnership with Bat Conservation International (BCI), the Powerhouse is bringing some bat education and citizen science-styled bat walks to Durango starting this month. In addition to dispelling some of the myths around bats, such as “bats like to fly into your hair” (they don’t) and “bats are just flying rodents” (they’re not), the bat walks will provide opportunities for collecting essential monitoring data on local bat populations, as well as give participants a chance for a somewhat up-close and personal bat encounter with some of the 13 bat species found in the area.

Sasha Creeden, education director at the Powerhouse, is looking forward to adding the bat walks to the educational programming at the Powerhouse. “We are very excited to be offering bat monitoring and information about the importance of bats to the Durango community,” she said. In addition to getting outside and identifying the bats found in the area, the walks will also include pertinent information on local bats’ natural history, conservation and the integral role bats play in a healthy ecosystem through insect consumption and pollination. (Fun bat fact: agave plants, from which tequila is produced, are pollinated mainly by a nectar-feeding bat. Remember that the next time you’re sipping on a margarita).

Initially created by BCI through a pilot program in 2019, the bat walks were designed with the intention of sparking a nationwide movement toward a new kind of nature experience.

“We would like to bring bats to everyone,” BCI’s Bat Walks coordinator Erin Cord said. “Unless you live near a large bat roost or colony, most people don’t really think about bats as being a part of their local wildlife. With the bat walks, we can introduce them to a whole new nighttime world right in their own community.”

To that end, BCI developed the bat walk training program to allow interested organizations to get staff members trained to lead evening bat walks for the community. There are programs throughout the U.S., and BCI ultimately hopes to see the program expand internationally.

In Durango, eight organizations and various Colorado state parks participated in the online bat walk training, including not only staff members from the Powerhouse, but also the Weminuche and Rockies Audubon societies, and the Southern Ute and Ute Mountain Ute tribes. In addition, all participants attended an in-person evening session that taught them how to use the BCI-provided bat detectors. The detectors plug easily into a smartphone or tablet, allowing users to hear and record bat echolocation calls. “This device also identifies the bat species through its unique call, which is probably the most exciting part,” Cord said.

During the practice walk on the Animas River Trail in Durango, participants observed several different bats species almost immediately. Some of the species recorded by the detector included the pallid bat, the Mexican free-tailed bat, the spotted bat and the big brown bat, one of the more commonly observed bats in Colorado. “The number and diversity of species we saw with almost no effort was amazing,” Cord said. “This technology allows many people to hear and notice their neighborhood bats for the first time. It is a real game changer for any bat walks program,” she said. 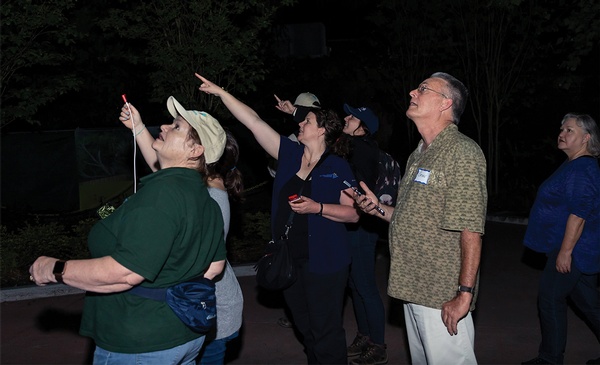 If you see a group of people looking at the night sky and pointing, chances are they're on a bat walk.

What: Powerhouse Bat Walks
When: 6:30 p.m., Tues., Sept. 21
Info: Sign up at powsci.org (space is limited); free for Powerhouse members; $5 for nonmembers