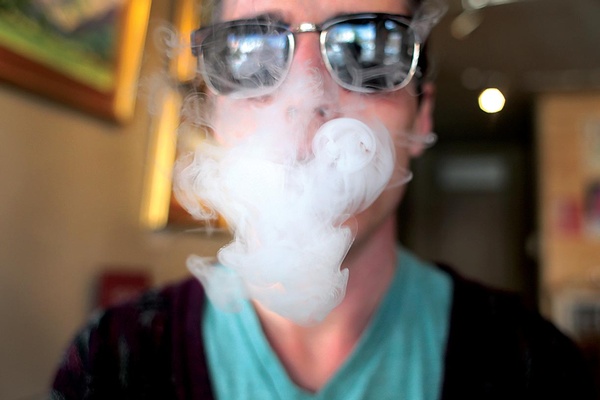 The Colorado Legislature is considering a bill that would allow dispensaries with a valid license to open up tasting rooms. Vaping would be allowed, but smoking marijuana would not./Photo by Jennaye Derge

As business owners and consumers alike prepare for the marijuana industry’s biggest annual holiday, 4/20, advocates of the green are gaining ground in Colorado and Washington.

In the Centennial State, the Legislature is considering a bill that would give marijuana users a place to partake. Also, the Colorado Department of Transportation has released some key findings from a groundbreaking study of marijuana users and their driving habits.

In the nation’s capital, a Colorado senator received assurances from the White House that legal marijuana businesses in his home state aren’t likely to be hunted down by Attorney General Jeff Sessions any time soon – giving the industry a little breathing room ahead of 4/20 celebrations.

A taste for it

After several failed attempts to find marijuana users a legal place to consume their products, the state Legislature is close to making tasting rooms a reality with HB 1258: Marijuana Accessory Consumption Establishments.

This bill has already passed the Colorado House and is making its way through the Senate – where its primary sponsors include one Republican and one Democrat. With bipartisan support in the Republican-controlled chamber, it’s likely headed for the Governor’s desk.

If the legislation does become law, dispensaries with valid state and local licenses will get the opportunity to open tasting rooms or “accessory consumption establishments.” But, there are limits.

Customers would be allowed to use a vaporizer or sample infused products for just one serving of marijuana. There would be no smoking marijuana, no free samples, no food and no alcohol. Employees cannot use the tasting rooms and customers cannot bring their own products.

Since retail marijuana became legal in 2014, the biggest flaw has been figuring out where consumers can, well, consume. It’s not allowed in public spaces, hotels or vehicles – making it virtually impossible for visitors and even difficult for residents to partake.

Many businesses and advocates of the industry see this bill as the first step toward fixing the flaw.

Of course, the real power lies in the  hands of local officials. It will be up to the Durango City Council and La Plata County Board of Commissioners to approve tasting rooms in their municipalities. Several marijuana businesses in Durango have already said if the tasting rooms are allowed, it’s an opportunity they won’t pass up.

It seems headway is also being made at the federal level – and not just a wink and a nod from prosecutors, but a long-term legislative fix.

Early this year, the Department of Justice, under the direction of Sessions, rescinded what’s known as the Cole Memo. The Obama-era memo instructed federal prosecutors to focus on violations of state marijuana law and not go after violations of federal law – under which, of course, marijuana is still illegal.

This direction gave many in the industry some security that if they followed state law, the feds wouldn’t come knocking at their door. But when Sessions revoked the Cole Memo, it put everyone on edge.

Ever since that announcement, Sen. Cory Gardner, R-Colo., has been doing what he could to stand up for the state, including preventing Department of Justice nominees from getting through the Senate’s confirmation process.

Last week, Gardner announced he had “received a commitment from the President that the Department of Justice’s rescission of the Cole Memo will not impact Colorado’s legal marijuana industry.”

And, he didn’t stop there. “Furthermore, President Trump has assured me that he will support a federalism-based legislative solution to fix the states’ rights issue once and for all ... My colleagues and I are continuing to work diligently on a bipartisan legislative solution that can pass Congress and head to the President’s desk,” he added.

In order for the federal and state laws to come together, marijuana needs to be rescheduled under the Controlled Substances Act by the Drug Enforcement Agency or the U.S. Congress needs to pass legislation doing so.

Gardner’s comments could be just political talking points, but maybe – just maybe – Congress is working on some long-term, legislative solutions that would give the marijuana industry a reason to exhale.

With the arrival of 4/20 this week, the Colorado Department of Transportation has released some key findings from a months-long study of the driving habits of marijuana users.

Initial data from the survey, which was released Tuesday, revealed that 69 percent of marijuana users have driven under the influence at least once in the past year, and almost a third said they drive high almost every day.

Additionally, it turns out, 40 percent of recreational users and 34 percent of medical users don’t think being under the influence of marijuana affects their ability to drive safely. In fact, about 10 percent think it makes them better drivers.

“It is alarming that there are a lot of cannabis consumers who think it’s safe to drive after consuming,” CDOT spokesperson Sam Cole said.

The survey was dubbed “The Cannabis Conversation.” With help from business owners and advocates in the marijuana industry, law enforcement officials, universities, nonprofits, and others, CDOT was able to get more than 11,000 responses, from people who use marijuana and those who don’t.

Cole said the point of the survey was to uncover peoples’ beliefs and attitudes toward cannabis driving, and, ultimately, lower the number of cannabis-related crashes.

According to CDOT, there were 51 fatalities last year from traffic accidents involving THC blood levels in excess of the legal limit of 5 nanograms.

“We wanted to take a step back and ask why people are driving and using marijuana, and what we could do to change that behavior,” Cole explained.

One of the big differences between cannabis and alcohol is the amount of time spent studying their effects. Although alcohol’s effects on drivers have been studied for decades, cannabis is relatively new.

“We don’t have similar science when it comes to cannabis,” Cole said.

Violations or arrests for driving under the influence of marijuana have not been on the rise in Durango since retail marijuana was legalized in 2014. Durango Police Commander Ray Shupe said it’s because they’ve always had an eye on the issue of impaired driving.

“We’re a very progressive department when it comes to DUIs and DUIDs,” he explained. “It’s a huge safety concern for us (and) one of the top priorities we have ... It’s devastating when you have just one DUI fatality.”

As part of the ongoing “Cannabis Conversation” campaign, CDOT plans to attend some of Denver’s 4/20 celebrations, where they’ll talk about the survey and continue to get feedback. Anyone interested in joining the Cannabis Conversation can go to ColoradoCannabisConvo.com. The final results will be released this summer.

“The next step is to get the public’s feed-back on our findings, then to design a public awareness campaign,” Cole said. 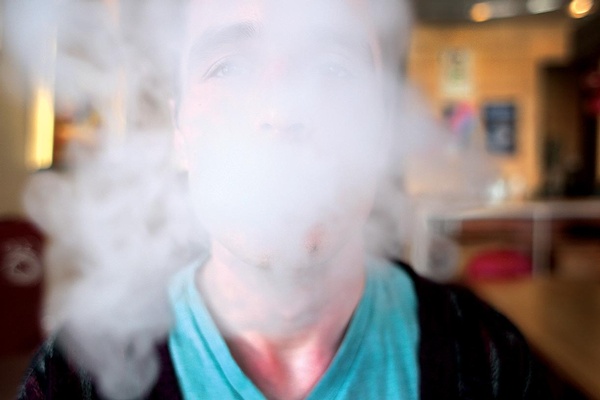