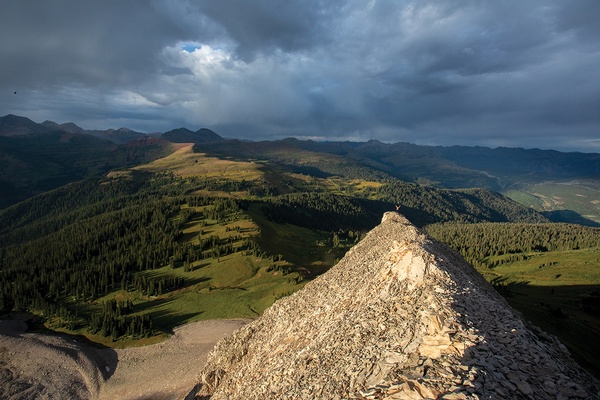 Forecasting weather over the Four Corners could get a lot more accurate with changes proposed by the NWS to lower the angle of its doppler radar in Grand Junction./ File photo

The doughnut hole that is Four Corners weather forecasting could be getting a lot smaller.

The National Weather Service in Grand Junction has announced plans to alter its Doppler radar in order to take in more of Southwestern Colorado, northwestern New Mexico and southeastern Utah. Plans call for lowering the scan angle of the radar, located high on the Grand Mesa, so it will take in more of the lower elevations in the atmosphere, where many storms originate.

According to Jeff Colton, a meteorologist with the NWS in Grand Junction, radar beams travel in a straight line. However, due to the Earth’s curvature, by the time the radar 125 miles away reaches the Four Corners, it is too high to do much good in forecasting storms.

“By the time the radar hits Durango, it’s 25,000 feet up in the atmosphere, so it can’t see the bottom of most storms,” he said. “We are proposing to lower the elevation scan, which will allow us to see more of the atmosphere.”

The plan will require no physical changes to the radar, simply a software change.

The change could be a particular boon to skiers. “It will help us see more winter precipitation farther out that we can’t see right now until it’s closer,” he said.

Unfortunately, here in La Plata County, improvements will only be marginal – it’s nothing personal, just a topography thing. “There are a lot of mountains that block that radar around Durango,” he said. “There will be some improvement, but not so much.”

But, there is a silver lining.

Earlier this year, the Colorado Department of Local Affairs awarded La Plata County $1.7 million to help install a permanent local radar system. The county is currently working out details, such as location, but there is no set timeline.

In the meantime, local weather buffs can consult the radar on loan from University of Oklahoma that is perched on top of Missionary Ridge (www.arrc.ou.edu/px1000) which will be on-site until Sept. 30. That radar was made possible through a partnership between the county and the Colorado Division of Homeland Security and Emergency Management. The NWS is currently accepting comments on a draft Environmental Analysis on the proposed change through Sept. 18.  Colton said his forecast for when the changes could go into effect is cloudy. “It could be a few years,” he proffered.

To read the draft EA or for more info, visit: www.roc.noaa.gov/WSR88D/Safety andEnv/EAReports.aspx.