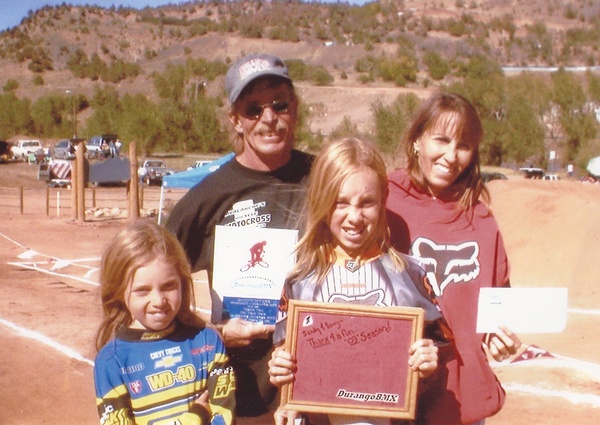 It all began about 20 years ago. Twice a week, Danny and Sandy Myers traveled with their kids to a dirt track in Aztec to race BMX bikes. Even though Durango had always been known as a cycling community, there was no BMX track in town. In fact, Aztec hosted the only one in the Southwest.

So the Myers, along with a handful of other Durango families who made the weekly pilgrimage, decided to do something about it. They went to officials with the City of Durango and asked for help. What they needed was land to build the track.

After some time and persistent prodding, the city agreed and allowed the local BMX community to start building a track at Cundiff Park on the south side of town. At the time,  according to some of the early racers, city officials believed this BMX project would only last about two years.

“So many people pulled together,” Ashley Tokarczyk, who raced alongside the Myers for about a decade, explained. “The support in this community was really great.”

And, it wasn’t just the Durango community.

Tokarczyk said people who worked at the tracks in Aztec and Cortez, which was built before Durango’s, also helped out with the first races. From manning the finish line to tallying up the scores, people from across the area came together to make those first years successful enough that the city never stuck to its two-year term.

The very first race was held June 20, 2002, at the same time the Missionary Ridge Fire raged in the north end of town. That summer, the track hosted 76 racers in the Race for Life, a benefit for the Leukemia and Lymphoma Society that remains a signature BMX event around the country today.

Not long after, Durango BMX hosted a state championship race with about 150 racers in attendance.

Although the local track was an immediate draw  for competitors, it went through its share of rough patches. None of the events were backed by big budgets or tax revenues. Everything was donated, and everyone was a volunteer.

“There was a time when the turnout wasn’t what we hoped for,” Tokarczyk explained.

It’s one of the reasons that the work families like the Myers put into the track and the BMX community in those early days was so important. Without their efforts, it might not have worked.

Those who raced in the early years talked of how Sandy Myers first introduced them to a sport that would shape their lives, of how the Myers family attended city meetings and pushed for the opportunity to bring BMX to Durango, and how they persisted when equipment at the track failed and times were tough.

“I’ve definitely realized the scope of it now that I’m older, how much of their lives they sacrificed to make it all happen,” Dakota Myers, Danny’s and Sandy’s eldest son, said.

What the Myers gave, according to those who know them, was time, hard work and, most of all, passion.

It certainly took a community of racers and families to make a go of it, but this Friday, the spotlight will be on them with the “Danny and Sandy Myers BMX Tribute” starting at 6 p.m. Fri., June 21, at the BMX track at Cundiff Park.

Almost two decades later, the track is considered by many to be one of the best in the state.

Durango BMX racers have racked up hundreds of local, state, national and world championship titles over the years. They’ve gone on to enjoy successful cycling careers and become the next generation of role models – even national mountain bike champion and Olympic hopeful Christopher Blevins started his career on the local BMX track.

Instead of wondering if the sport would last its first two years, the city has adopted Durango BMX. It’s now a signature offering from the Parks and Recreation Department and popular draw for kids’ camps.

“It’s great to see BMX blossom,” Tokarczyk said. “To see the turnout in the last few years is awesome.”

Tokarczyk, who grew up next door to the Myers family, said it was Sandy who first introduced her to BMX. Before the Durango program was born, Sandy Myers would take her to watch the races in Aztec.

It didn’t take Tokarczyk long to become hooked on BMX and cycling. Like Dakota Myers, she ended up racing for about a decade – and even took home national and world championship titles.

The real game-changer, though, was having the track in her hometown. Tokarczyk said it gave her the opportunity to focus on racing. Instead of getting into trouble, she would wake up before school to run sprints in the street outside her house and then head straight to the track to train after school. She said she learned about hard work, traveled the country and met amazing people who became family.

“It was in my life every day,” she added. “BMX really shaped the person I am.”

Although she is now mostly a mountain biker, Tokarczyk still drives out to Aztec and Cortez to visit the people she raced with years ago. She even helps out at the Durango track when she’s needed.

But none of it would have been possible without the dedication and passion of local families like the Myers.

“I think the Myers family deserves a lot of recognition,” Tokarczyk said. “They’re both really giving ... I think it’ll be special for them.” 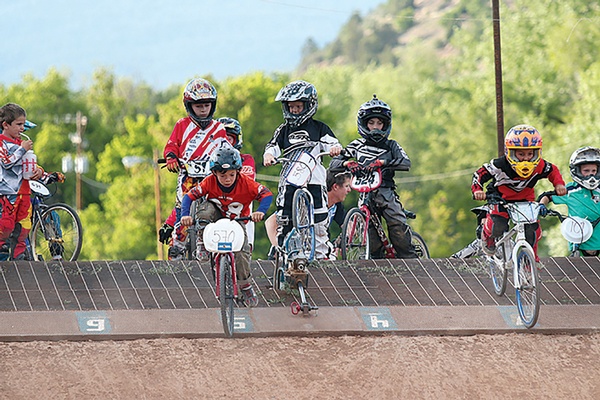 Almost two decades after the Myers family helped found Durango BMX at Cundiff Park, the track is considered one of the best in the state, and local racers have racked up hundreds of local, state, national and world titles./File photo

What: Tribute to Durango BMX Founders Danny & Sandy Myers
When: 6 p.m., Fri., June 21
Where: Durango BMX track at Cundiff Park
For info.: The event includes regular BMX races and a potluck BBQ. To sign up to bring a dish or for more information, check out www.facebook.com/DurangoBMX