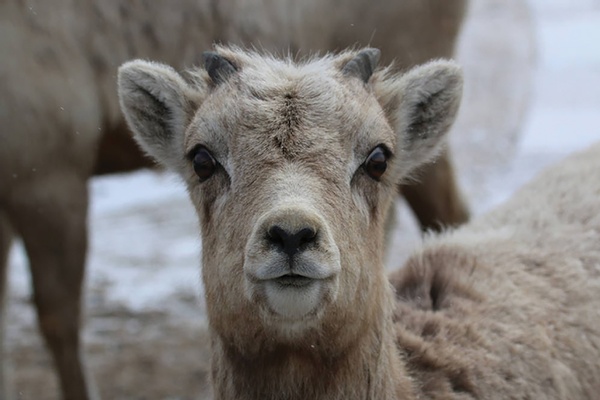 THE NEWS: After years of collaborative effort, a working group releases its strategy for saving the remaining native bighorn sheep of the Teton Range in Idaho and Wyoming, proposing the winter closure of 21,233 acres to humans. Even though this only would affect about 2,000 acres of high quality skiing terrain, it’s still too much for some members of the winter recreation community.

CONTEXT: Bighorn sheep were once abundant across the Mountain West, migrating for miles to follow the forage. Habitat destruction, fragmentation of migratory paths, disease, climate change, competition from non-native and domesticated ungulates, and, well, humans in general, have shrunk the ungulates’ range and winnowed their numbers. The Teton Range’s bighorn sheep, hemmed in by humanity, stopped long-distance migration eight decades ago. The last remaining herd, numbering just 100 to 125 animals, is on the precipice of extirpation. In the 1990s, a working group was formed to stave off its demise.

In the decades since, an additional threat has emerged: a growing number of recreational users going farther and farther into the backcountry. “Quiet,” nonmotorized forms of recreation were once considered benign, but a growing body of research suggests even hiking and skiing can have a deleterious effect on wildlife.

To better understand the impacts, the Teton bighorn working group teamed up with University of Wyoming on a research project. The results were eye-opening:

“We found that bighorns avoided areas of backcountry recreation, even if those areas were otherwise relatively high-quality habitat. Avoidance behavior resulted in up to a 30% reduction in available high-quality habitat. Bighorns avoided areas with both low and high recreation use. … These results reveal that bighorns appear to be sensitive to forms of recreation which people largely perceive as having minimal impact to wildlife, such as backcountry skiing.”

Given the urgency of the situation, such a finding might warrant an immediate closure of all 45,278 acres of the sheep’s high-quality winter Teton range to human incursion. Such a move wouldn’t fly with most of the backcountry community and the businesses that rely on it. So the working group launched a bottom-up, years-long collaborative process to develop a strategy.

The resulting compromise: A little less than half of the high-quality sheep range – or 21,233 acres – would be closed in winter. The closure would only affect about 2,000 acres, or 5%, of the 57,000 acres identified as high-quality ski terrain.

In other words, the skiers are getting 95% of what they want while the imperiled bighorn get just 47% of what they need to survive. But are the skiers satisfied? Most, yes, or at least they are grudgingly accepting the outcome. But a vocal few are grousing about even this small sacrifice, as reported last week by Wyoming Public Radio.

“I just don’t feel the data you have justifies something this important as closing wilderness to humans,” Nick Mestre of Driggs, Idaho, said in a public meeting. “I mean, that’s a tough one to swallow.”

Backcountry ski guide Zahan Billimoria said, “When we come to a place where humans become banned in perpetuity from being able to travel in these remote corners of the range, then we really do lose something as a community that is more, I think – is a greater price than the benefit is.”

As you might expect, the outcry extends to the world of social media. One commenter suggested the closures are a ski area-driven conspiracy to get backcountry skiers back on the groomed slopes. The poster also tried to start a #freethetetons hashtag, which hasn’t exactly taken off, perhaps because it has more than one meaning.

To be fair, the social media back and forth also includes backcountry skiers who are supportive of the closure or who grudgingly accept the compromise. And opponents of the closure are probably correct in their assertions that developed ski areas and roads and hunting are bigger threats. Still, the unwillingness to give up even a sliver of terrain to help a nearly-extinct herd of wild animals reeks of the sort of access-greed that puts the “wreck” in “wreckreation.”

This shouldn’t come as a surprise; it’s hardly the first time recreational users have pushed back against environmental preservation measures. A couple of years ago, near my hometown in the recreation mecca of Durango, the Bureau of Land Management proposed permanently prohibiting mountain biking on a few trail segments that encroached on the Perins Peak State Wildlife Area, which provides elk and deer range and is a peregrine falcon nesting area. Though it would have affected a tiny fraction of the trails surrounding Durango – all of which remain open to bikes – and would have had the extra benefit of slightly reducing biker-pedestrian conflicts, the powerful mountain biking community pushed back.

It is all reminiscent of a couple of decades ago, when federal agencies were trying to tackle the impacts of a growing number of snowmobilers on public lands around Silverton. Not only was it affecting wildlife and the landscape, but also led to conflicts with nonmotorized users.

The process began with proposals similar to those elsewhere: One side of the highway would be open to all use, the other to nonmotorized only. Snowmobilers balked, so the proposals were gradually whittled down until, in the end, snowmobiles were banned on just 200 acres. Even that, however, was too much for snowmobilers, who sued the feds over the decision (and lost).

One might have hoped that the quiet users would behave more reasonably. But as the Teton bighorn situation and a growing number of similar conflicts illustrate, that would be asking far too much.

Jonathan Thompson is a fourth-generation Durangoan who runs the Land Desk, a thrice-weekly newsletter: visit www.landdesk.org. He is also the author of “River of Lost Souls,” and the newly released “Sagebrush Empire.” ?