Let me introduce myself 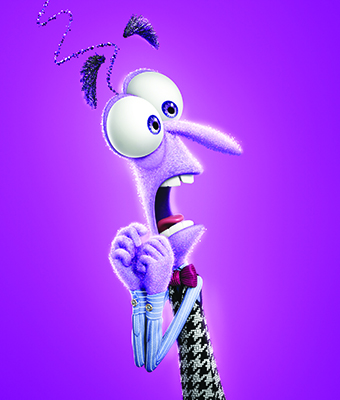 I’m about to have my cherry popped – and, I mean that in the nicest way. After seven years at The Telegraph, I’m about to pen my first “La Vida Local.”

For the better part of a decade, it’s been my job to bring our readers the latest, up-to-the-minute musings from the City Council, county commissioners, Forest Service, BLM, EPA and every other acronym that falls into the DBI (dull but important) category.

Only a handful of times have I strayed into the world of personal pieces with our “End of the Line” section. But, those were really just shameless plugs for my favorite sport, Formula One racing (funny thing, though, the open-seater, international race scene never quite caught on in Durango.)

Really, the truth is, I’ve got two reasons for not clamoring for a spot in “La Vida.” The first is professional – that’s true. I want our readers to know I’m being straight up with them when I report the news. I don’t want my personal views on anything to cloud the facts.

Which, if you think about it, is kind of funny. I mean, I’m a writer. And, a writer is nothing without a reader. Sure, I can keep journals and write poems for myself – which I’ve always done – but words really come alive when they’re read.

They also open you up for judgement and ridicule. I understand nobody wants to be judged or ridiculed, but the thought of it can make me break out in hives. Maybe that’s why sometimes I’m so jealous of other writers, especially the ones who often fill these pages. To me, they are brave in ways I only long to be.

So if I’m just a coward in reporter’s clothing, why do I keep coming back to this profession?

I’m certainly not a glutton for punishment. What I am a glutton for, however, is writing. I love everything about it. I love words. I love stories. I love books. I love libraries. I love pencils, paper and typing. I love plot twists and round characters. I even love compound modifiers (and, yes, I’m in group counseling for that last one).

I’ll wake up in the middle of the night with another idea for a story. I’ll see the quirks and habits of my characters everywhere I look. I take notes, research incessantly and plaster my walls with plot points on notecards.

I can’t help myself.

So if I have to write, then I have to face my fear. Right? Whenever I’m afraid of something – which is pretty much all the time – my husband says, “Fear is the mind-killer.” It’s a quote from one of his favorite books, Dune, by Frank Herbert.

Herbert writes: “I must not fear. Fear is the mind-killer. Fear is the little-death that brings total obliteration. I will face my fear. I will permit it to pass over me and through me. And when it has gone past, I will turn the inner eye to see its path. Where the fear has gone there will be nothing. Only I will remain.”

Herbert’s right. Fear is “the little-death.”

If I don’t learn to face my fear, write my stories and put myself out there, then I let my dreams die a little death. As if I were the only person at a funeral for someone in an unmarked grave.

I’m doing my best, though, to not let that happen.

It’s one of the reasons I work here, and one of the many invaluable things I’ve gotten from being part of The Telegraph. Every week, come hell or high water, someone has to fill that news hole. And, if my boss can’t count on me to get the job done, then why exactly would I have this job?

So, for the past seven years, I’ve worked really hard to push past all my fears and get the job done – well, sort of. The truth is, even though I’ve likely sent about 350 news stories out into the world, I’ve always had a bit of cover.

See, those may have been my words, but they were never my stories. They were someone else’s.

Those weren’t my thoughts, opinions, reports or actions, they were always someone else’s.

But, on this page – the “La Vida Local” – I have no choice but to tell you mine.

My story is about being afraid and trying to do it anyway. It’s about learning how to let the fear in, let it pass through me, and come out the other side a little braver than I was the day before. And, I can tell you as I write this, my first La Vida, I have a funny feeling that my story is just beginning.