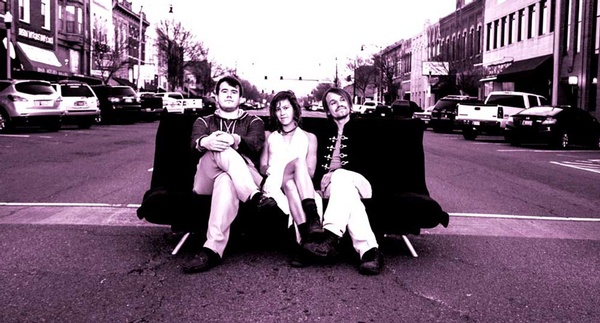 'Tis a big week in the Aaland household. Shelly and I celebrate our 15th wedding anniversary today (Thurs., May 11). It was piss-poor planning on my part to set our date so close to Mother’s Day. Shelly already gets the shaft around Christmas since her birthday falls five days later. One-for-two gifts have sadly been the norm throughout her life, and I doubled down by putting her anniversary and Mother’s Day in the same week. I should get the cold shoulder or, at the very least, a double-barrel middle finger salute.

Back in 2002, we weren’t yet thinking about family. We’d been dating for five years ... a whirl-wind time that saw Shelly complete her college athletic career, graduate, move to Denver to attend massage therapy school and return to the Little D to seek employment as a coach and part-time massage therapist. Our lives revolved around college athletics (my August through April mad dash working for Harvard on the Hill), music festivals –namely Telluride Bluegrass, Rocky-Grass and the Four Corners Folk Festival – and concerts I was producing for the Durango Society of Cultural & Performing Arts.

I was also much more of an outdoorsman than I am now. Summers were filled with fly rods, camping gear and treks into the San Juans. She endured a honeymoon to Idaho, Montana and Wyoming so I could pursue trout on the Madison River and else-where. We spent nights at a cheap motel in West Yellowstone that seemed like the Ritz-Carlton compared to the bedbug-ridden dump we stayed at in Wamsutter, Wyo., a few days later. We even pitched our tent on the shores of Pearl Lake near Steamboat Springs, dining on crawdads we netted after dark, and Blue Mesa Reservoir near Gunnison.

Five years later, Otto entered our lives. Then in 2011, we were blessed, albeit for just 51⁄2 months, with Gus. We became a four-some again in 2014 when Hurricane Rosie landed. I missed Otto’s baseball game Saturday morning to stay home with Rosie, who was battling an ear infection and fever. I phoned Shelly when Rosie sat on her potty in the bathroom and produced her first solo poop ... on the other end of the line, Shelly gave play-by-play commentary as Otto smashed a single into right field. Such is life these days. Fifteen years I wouldn’t trade for anything.

We Dream Dawn takes the stage at the Animas City Theatre tonight promising to unleash its amalgamation of art and sustenance. Led by multi-instrumentalist Sage Cook, a founding member of Elephant Revival, We Dream Dawn believes in the abundance and inherent symbiosis this planet has to offer, according to the band’s bio. Both a band and an art collective, they live off the beaten path somewhere between Kansas and Oklahoma. One of my favorite local bands, the Cannondolls, opens. Doors open at 8:30, with music starting at 9.

The ACT also hosts a disco dance party thrown by DJ Matteo and Peter Robot on Saturday night. Show off your smooth moves during a dance-off for a bar tab. Bust out those leisure suits and bell bottoms, too, as there are drink specials for those in costume. Doors open at 8:30, with tunes spinning by 9.

Rick Blessing & the Trip Ziegler Quartet bring their  traveling Sinatra revue to the Henry Strater Theatre at 7:30 p.m. Saturday. Considered L.A.’s No. 1 Sinatra show, this group of fomer U.S. Air Force Falconaires Big Band and Sin City sidemen has put together a Rat Pack style show with all the bits and jokes of the Chairman of the Board’s classic Vegas shows.

The Lawn Chair Kings play the Balcony from 5-9 p.m. Friday. LCK gigs underneath the tiny stage shell overlooking the intersection of College and Main are usually good things. Not only is it an indication that summer’s on its way, it usually brings rain. But this time, it’s melancholy, as fiddle player Alyssa Wolf departs the group to pursue other musical opportunities (she’s also a member of the Cannon-dolls and, on occasion, joins the Stillhouse Junkies). “Come out to see Alyssa one last time with the band,” urged singer/guitarist Erik Nordstrom.

Another sure sign of summer: the first Ska-B-Q of the season starts up at 5 p.m. tonight (Thurs., May 11) at Ska Brewing World Headquarters in Bodo Park. This time around, there’s an enlarged and improved outdoor beer garden and rock & roll from the Assortment, plus beer specials and food from a bigger, badder Container.

The Durango Dharma Center presents singer/songwriter Jennifer Berezen in concert on Friday night, followed by a meditation-and-music retreat on Saturday.

The Met: Live in HD concludes its season of screenings in the Vallecito Room of the FLC Student Union at 10:30 a.m. Saturday with a new production of Richard Strauss’ Der Rosenkavalier. It’s the Met’s first new production since 1969 of Strauss’ rich, romantic masterpiece. Set in an idealized Vienna of the past, Strauss’ most popular opera concerns a wise woman of the world who is romantically entwined with a much younger lover.

As a reminder, discounted earlybird tickets to the Four Corners Folk Festival on Reservoir Hill over Labor Day Weekend are on sale through Sunday. September is a long way off, but you might as well save a few bucks. This year’s lineup includes Los Lobos, Be?la Fleck & Abigail Washburn, the Wood Brothers, Sarah Jarosz and nearly a dozen more. Visit folkwest.com or call 970-472-4672 to order by phone.

Elsewhere: the Kirk James Blues Band plays the 49 Lounge at the Sky Ute Casino Resort in Ignacio at 9 p.m. Friday and Saturday; the Black Velvet duo returns to the Diamond Belle Saloon at 5:30 p.m. Friday; and Pete Giuliani has a busy weekend, performing with his band at El Rancho at 9 p.m. Saturday before holding court with an acoustic, solo gig at the Balcony from 4-8 p.m. Sunday.

Getting sappy with this week’s Top Shelf shout-out: I love you, honey. Happy anniversary!

Nothing you can sing that can’t be sung? Email me at chrisa@gobrainstorm.net.