What - it turns out - is actually wrong with me 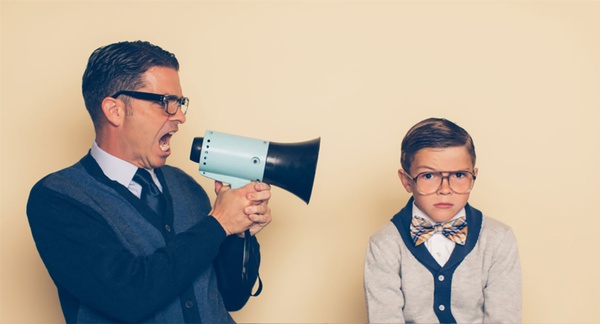 The question left unanswered for most of my life has been, “What is wrong with you?” often with an expletive in the middle. (Which is the underlying message in all its thuggish cousins, “That’s a dumb idea, you’re stupid, you’re worthless,” etc. etc.) At first, I thought there was nothing wrong with me. I was very young, I am looking up at a glowering adult, showering profanity, anger and spittle upon a defenseless child. Wrong with me? More likely, I thought, there’s something wrong with you. But as the grownups, and not-so grownups, and other authority figures – usually red faced and highly agitated – kept yelling it at me, my self esteem began to erode. I decided maybe there was something wrong with me. Now, a lifetime later, I think I’m getting a handle on it. No wonder I turned out this way. Just yesterday I saw an ad for a health club that warned should I not join, I would never recapture my awesome. So that’s why I haven’t been feeling well, my awesome is low? Could that have contributed to my lifelong problem? I would love to recapture even part of my awesome. Trouble is, the health club is in Miami. I’m in Colorado. Maybe worldwide advertising needs to tweak their own awesome. Nevertheless, it got me thinking. How long has it been since I had good awesome? Could I overdo it and recapture too much awesome? Or is it like testosterone replacement? A lot of glowing promises but not much difference in performance. Obviously, I needed answers.

My well-meaning friend, when asked the burning question of awesome, told me solemnly, “John, you need to own your truth.” She had to be kidding. I can barely afford to rent my truth, and even then, only an efficiency truth. Sky-rocketing prices in the truth market have driven owning your truth out of the range of most people. I think this may be one of the problems in today’s society. Too few people own their own truth. Most are renting their truth and slipping further and further into debt. Owing a fortune on truth has become commonplace. So has substandard truth or no truth at all. This is no joke.

It is a sad commentary on our times. Truth seems out of reach for most people. The greater question is, why do those who clearly can afford a huge truth, a truth with an entrance hall and a grand staircase, who, if they wanted, could afford a whole bunch of truths, why do these people seem the least likely to own any truth at all?

I asked my other friend, (yes, just two). He said, “John, you need to control your own narrative.”

Narrative used to be a pretentious way of saying “story” or a less pretentious way of saying “recounting of continuous events.” Now I’m not sure what it means. Perhaps this is more evidence of what is wrong with me, I don’t speak the language. How do fatalists control their narrative? Is it just an illusion of control, the outcome having actually been pre-destined? What about free will? Is every turn in our narrative meaningful to the final outcome? Are we frighteningly responsible for our own actions? Does the free will narrative more favor Descartes or Kant? What if I throw narrative control under the figurative bus? Is that what happened to “The Godfather Part III?” I’m getting a headache here.

So what is wrong with me? Damned if I know. Maybe it’s a translation problem. Maybe recapture your awesome is newspeak for self-esteem. Maybe own your truth is self-help for recognize and be responsible for your own actions. Maybe control your narrative is dumbing down-speak for “life is the result of decisions you make.” Act on your life; don’t react to others’ view of it. Is this their meaning? Then why don’t they just say so?

I was yelled at a lot growing up, too much. But I also learned important lessons from kind, concerned adults. Don’t hurt others, don’t be selfish, don’t judge. Tell the truth, be responsible, help out. You are a good and worthy person. Give to others, give time, money, attention, love. My mother would say, “I love you, John, but sometimes I don’t love the things that you do.” The lesson there is profound. It is not, “What is wrong with you?” it is, “Why did you do that?” So why can’t people say this instead of jumping on the next buzz word to come down the linguistic pike? The lessons instilled in me have worked for centuries. Dressing them up in some gibberish de jour seems to be the fashion. Is it working? Does society seem more or less honorable, respectful, responsible than it did a generation or two ago? People want to sound current, they want to sound woke. (Yech.) But lost in translation is not just a phrase.

The next time I am asked, “What is wrong with you?” I have the answer. “I’ve often wondered the same thing and here is my conclusion. Though damaging a child’s self-esteem is easy and can last a lifetime, it need not be a permanent scar. There are many ways to repair and rebuild your self-esteem. The tools are embedded in our society. They’re in schools, in houses of worship. They’re in service organizations and in therapy. Use them. Try to find people who understand them and know how to use them. Avoid those whose own self-esteem is wrecked and who find solace only in trying to destroy others.’ We are all damaged to some extent, but it is not a permanent condition. We can all be healed. But you have to do it. It is your responsibility, like all the decisions you make.”

And if that doesn’t work, I’ll say, “I am owning the truth of my own awesome narrative.” If that don’t shut ’em up, nothing will.