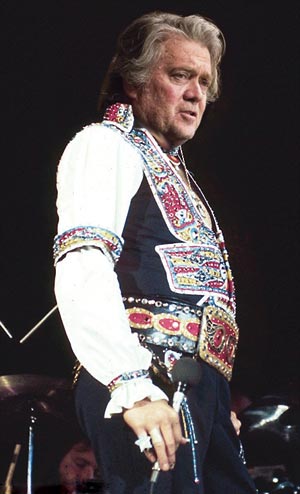 When I heard Facebook was taking it in the shorts over the Cambridge Analytica debacle, I must admit, part of me did a smug little happy dance. And it’s not just because I’m sick of looking at everyone’s spring break photos.

I guess it’s because I’ve never fully embraced Facebook – mostly due to the fact that my life is, well, boring, and I certainly don’t need the whole world to know that. Sure, occasionally I’ll do something remotely FB worthy – like make a kick-ass salad or travel outside county lines – and once a week I do post to you, dear reader. And yes, I’ve been known to take a trip down the wine-fueled voyeuristic rabbit hole once in a while. But more often than not, I emerge feeling as if I have just eaten a stale Twinkie. Disgusted, sick, regretful – and still in need of real sustenance.

Perhaps my disdain comes from the fact that FB was basically ground zero for this whole fake news phenomenon. I say “phenomenon” because I have trouble fully understanding how this even became a thing. I mean c’mon people, is anything you ever read on Facebook ever totally true? There’s a reason people (OK, maybe just me) refer to it as “Fakebook.”

But then again – and any data “harvester” can tell you this – I am a jaded cynic. (They will also tell you I am a total pour-over coffee nerd, obsessed with “Straight Outta Compton” and the Tupac/Biggie feud, and a serial online cart abandoner. I’m sure there’s a name for this disorder, but I like to think of it as instant gratification without the financial aftermath. No pain, no gain.) And despite what my mom always told me, I feel this jaundiced skepticism actually does have a higher purpose. It allows me to spot a fake news story a thousand pixels away (although I did briefly fall for the story that Matthew McConaughey was moving to Durango. Or was it Johnny Depp?)

Alas, I know that most average Americans are not as savvy news connoisseurs as I. In fact, many don’t know the difference between Mystic Pizza and Comet Pizza. (I know it’s confusing because one was accused of having
a child sex ring and the other one just had a lot of sex in it.) Add to this the creepy Stepfordian monologue from Sinclair Broadcasting’s cyborgs last week, in which they were forced to denounce fake news (this from the same corporation that also owns a pro wrestling network) and well, you can see where things start to get hazy.

As a result, we at the Telegraph want readers to know, we will never bow to our evil corporate overlords, mostly because we don’t have any. Furthermore, you can expect us to deliver news that is usually pretty right. In other words, you can trust us to keep you from falling prey to yet another Bat Boy hoax or one of those 99-cent CD or hair for men clubs.

Nevertheless, in the interest of creating more discerning news consumers, we have put together a sample test of headlines. Your job is to spot the fake news. Don’t worry – it’s true/false, and answers will be provided. When you’re done, we’ve also provided a handy scoring key to see how well you fared (be sure to post your results on Facebook!) Remember, the truth is out there. And so is Nicole’s killer (said to be enjoying parole in La Vegas):

1. Scientists discover that little penguins really do turn light on and off in refrigerator

False: Everyone knows penguins only live at the North Pole

True: But shouldn’t you be taking the stairs anyway?

True. Jose Cuervo didn’t get to be a household name sitting around sipping rose?.

False: Although Steve Bannon is on a liquid diet, it is not Slimfast.

5. Flat-earthers are right – planet really is flat as a pancake

False: They’re actually a hoax to get Rush Limbaugh to buy more underwear after evacuating his Florida home.

7. Elvis found alive, living in a trailer in Arboles

True: But he is often mistaken by neighbors as Steve Bannon.

True. After Trump “drained the swamp,” Roseanne was the only remaining person who had not either been fired or resigned from a White House post.

False: However, she is exploring a children’s book of the same name.

True. It was also said Trump’s Eggo was much larger. All correct: Congrats! You’re a regular Snopes Doggy Dog.