It’s a fine line between vandalism and history, especially here in the Four Corners. For instance, a “permanent” mark must be 50 years or older to be considered historical. Cow Canyon’s Grand Gallery is “official” along with, say, a large white peace symbol painted in 1970 from the deck of a Lake Powell houseboat. While it may seem like a travesty to compare the two in such a way, there are countless (and better) examples out there that represent several thousand years of human-made marks. Here’s a look at an area just off the edge of a major highway where modern graffiti is on its way to official historical designation alongside prehistoric markings of Indigenous peoples. And, remember, if you do choose to explore such areas, please visit with respect and remember that some sites are extremely sensitive, even to carefully places footprints. 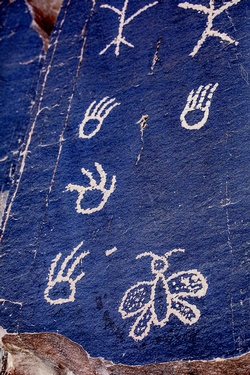 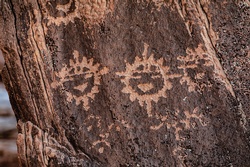 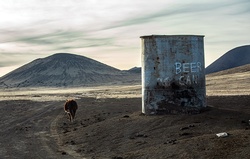 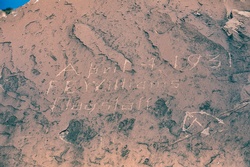 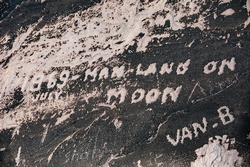 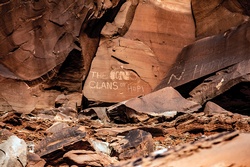 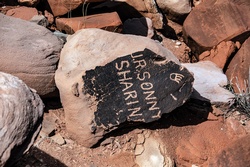