Hold onto your hats

The equestrians in Kentucky last weekend weren't the chap-wearing cowboys that folks out West are accustomed to. Neither a “giddy up” nor "yeehaw" could be heard coming from the jockeys at the Kentucky Derby last Saturday. But that doesn't mean there weren't a few hoots and hollers from the spectators watching on TV in Durango. The inaugural Durango Derby viewing party at the Powerhouse Science Center allowed attendees to feel just like they were at the big race. Dozens of Durangoans donned their seersuckers and big hats while sipping fresh mint juleps under the afternoon sun. To pad the time before and after the climactic three-minute race, the fundraiser also included games, gambling and snacks. And yes, there were more than a few pairs of cowboy boots in the crowd. 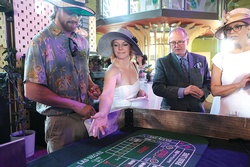 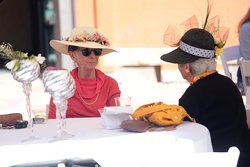 Derby Day in Durango might be the fanciest day of the year. 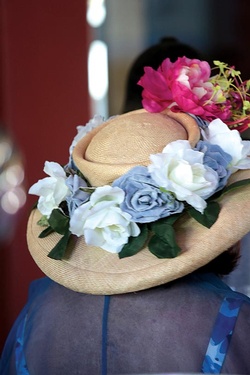 It's not a party without hats. 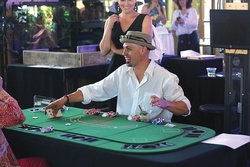 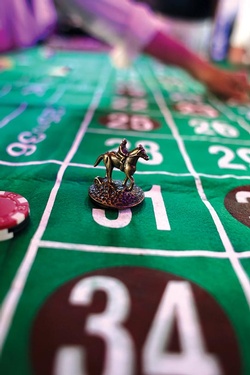 There were even horses on the roulette table. 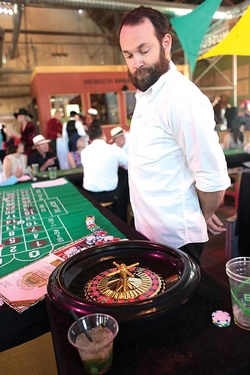 The roulette croupier waits patiently to see where the ball lands. 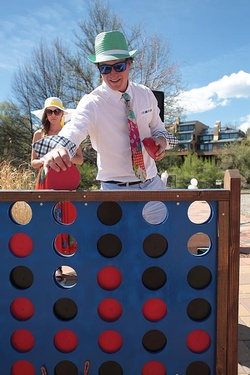