Rec Yourself: Inside Durango's other thriving late-night scene

While Olympians are currently battling it out on the ice for gold medals and glory, here at Chapman Hill Ice Rink, adult hockey players are battling it out for fun and the chance to sip beer afterward with friends. Starting in December and running through mid-April, the Durango Adult Recreational Hockey League offers various levels of competition for hundreds of players, from total newbs to grizzled veterans. Night and weekend games make it easy for just about anyone to join a team and get in on the “beautiful game.” Even though players might not be Olympic caliber, it's still a great way to blow off steam after a long day – and maybe capture a little glimmer of that Olympic glory. 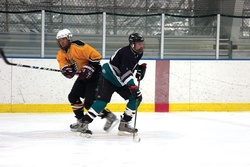 Sometimes the best defense is a stealth booty bump. 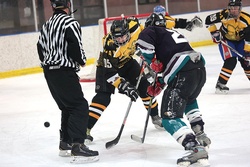 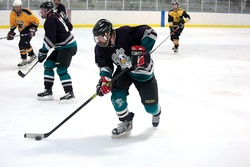 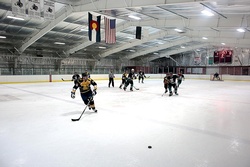 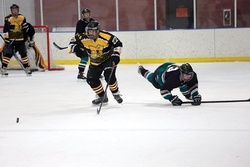 Biffing, diving and face planting are all part of the fun. 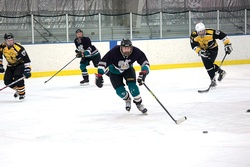 Sam Grubitz hustles for the W. 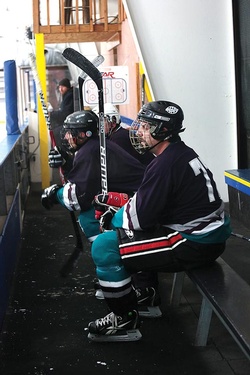