Election night on Tuesday left many Durango folks feeling an entire spectrum of emotions left to right, red to blue, elation and dismay. And at the Powerhouse Science Center, where the La Plata County Dems held their watch party, there were plenty of mixed feelings to go around. Watching results come in on a big screen surrounded by friends and family, local voters were expecting a big win in the White House. But as results from throughout the country began pouring in, many instead were left feeling lost and more than a little confused. Though many of the local left seats pulled through, including a huge senate victory in Colorado, many are still at a loss for words after watching what only feels like bad reality TV. This is one political hangover that could take a while to recover from. 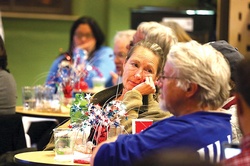 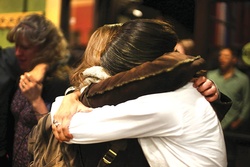 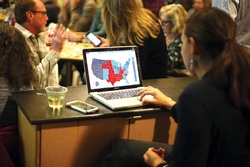 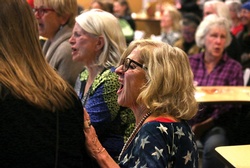 Yeah. That's how we feel. 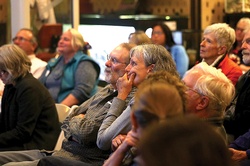 Attendees at the Powerhouse puzzle over the electoral map. 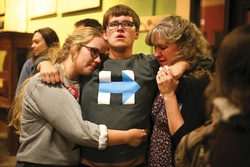 A field organizer for the Democratic Party, Ben Summerour, hugs his sister and mother during an emotional evening. 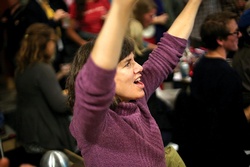