If anyone has ever wanted to stop what they're doing and start dancing in the middle of the street, they're not alone. Each year on National Belly Dance Day (totally a real thing – May 12) thousands of women across the country gather in “shimmy mobs” to belly dance and help bring awareness to the problem of sexual abuse. Locally, the Durango Shimmy Mob danced its way around downtown, raising funds for Alternative Horizons, our local sexual-abuse safe haven. The mob hit the Farmer's Market, Father’s Daughters Pizza, Sunshine Gardens and both malls with a flashy, choreographed, toe-tapping show. The event went international this year, with an estimated 169 performances across the globe, from Canada to Chile, Australia to Guam. So no matter where you were, you could stop what you were doing and bust a move for a good cause – or just because. 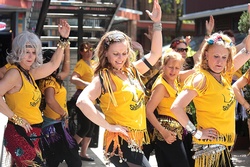 The day was about bringing awareness to ending sexual assault, but also about having fun. 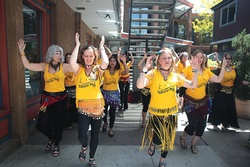 Durango's Shimmy Mob broke out in various spots around Durango, including a stop in front of Father's Daughters Pizza. 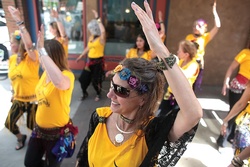 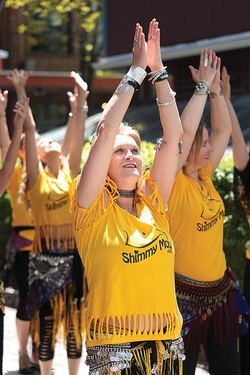 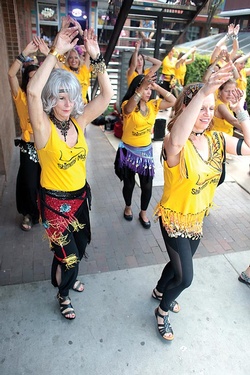