Fall is possibly the most wonderful time of year for sports fans. Not only has football season officially kicked off, but baseball season is coming to a climactic finale, as MLB teams battle it out for the World Series. Closer to home, the Durango Parks and Recreation softball league is also working toward a lesser known, yet none-less dramatic championship of its own. This summer, heavy hitters from such teams as Serious Texas BBQ, The Doubletree, Steamworks and Ballantine Communications battled it out on the bases in order to be crowned Durango’s beer league kings and queens. Once a week since July, the Barry Bonds of Durango step up to the plate to earn their peanuts and Crackerjacks. And, if they’re lucky, they can slide into home just in time to catch the end of the football game.

Jackson Yagunich swings for Steamworks’ Bad News Beers, who did not win the championship but did win for best team name ever. 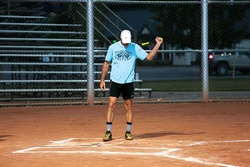 Todd O'Toole steps up to bat for the Doubletree team. 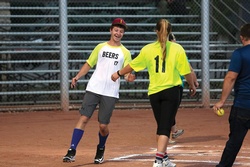 Some team building at play. 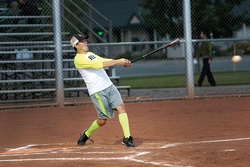 Jackson Yagunich swings for Steamworks' Bad News Beers, who did not win the championship but did win for best team name ever. 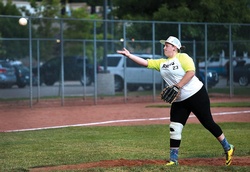 K-Pow throws a lucky pitch for the Bad News Beers. 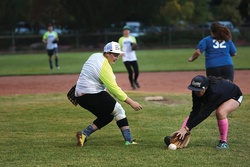 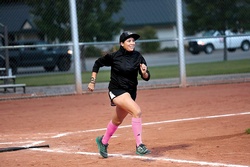 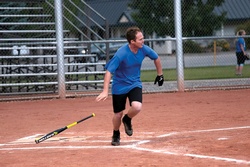 Keep your eye on the ball – except when running of course.