Murder Ink: When crime pays
The Smack, by Richard Lange, and Every Day Above Ground by Glen Erik Hamilton 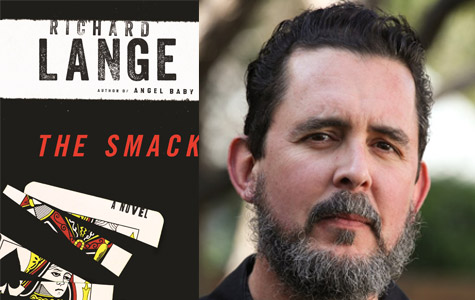 The Smack, by Richard Lange, is yet another diamond found by the haystack sifters at Mulholland Books. This crime fiction tour de force comes complete with murders, thefts in the millions of dollars, kidnapping, hit men, con mean, and a beautiful whore named Tinafey made from the mold of Marisa Tomei. And despite crime after crime, the book has no cops, no arrests, and no punishment or executions but what’s deserved.

In The Smack the story is about the con more than it’s about the score. It’s Thanksgiving Day and Rowan Petty, a minor-league grifter on hard times, is holed up in a hotel room in Reno working the phone to put the bite on retirees for a once-in-a-lifetime opportunity. He gets 25 percent of any take if he can keep anyone on the phone long enough to turn their phone number over to his friend Avi, who got him into the game when Petty was a teen-ager. It’s an entry level swindle with little risk and matching reward. But it’s all that’s happening, and in fact it’s a gift for a foot soldier who may be good but hasn’t shown or even tested his stuff yet.

In between calls and shots of Jack and thoughts of jumping over the rusted railing on his second floor low-roller dump, Petty gets a call from “Dandy” Don O’Keefe, who had been a friend of his father’s before doing a long stretch in stir. He now lives in Reno, and has a business proposition for Rowan. The two set up a time to meet at the Jackpot Saloon – thus setting the scene for the biggest hustle of the century.

Dandy Don learned from a junkie on the inside that a soldier in Afghanistan in charge of paying Afghan trucking companies for deliveries to bases in the country gets a kickback for deliveries never made. He passes the money along to another soldier whose job is to pack containers with gear for shipment back to the U.S. He slaps a military seal on the boxes so they won’t be inspected by customs and sends them to another soldier on a base in North Carolina. This GI, the junkie’s brother, retrieves the money from the containers and sends it to another guy who stows the money in (get this!) a safe in his apartment to be divvied up when everybody gets back.

“Not that I believe a word of this, but how much money are we talking about?” asks Rowan.

“If you don’t believe what I’ve told you so far, you’re definitely not gonna believe this,” Dandy Don sputters, “2 million.”

We learn this on page 23 of a 368-page hardcover. You’re in for the ride of your life, and you can say you were country before country was cool when The Smack wins the Crime Writers’ Association Gold Dagger award.

Not to be overlooked, and a literary doppelgänger to The Smack, is a recent hardback release, Every Day Above Ground by Glen Erik Hamilton (William Morrow). It’s another brilliant narration about an ex-con with a story about millions in gold bars stashed in an abandoned building in Seattle. Van Shaw, whose grandfather taught him as a kid to pick locks and crack safes, has a sit down with Mickey O’Hasson, an unlucky thief with a terminal disease who wants an annuity for his preteen daughter.

If the tip is real, the take is $4 million. The job fits Van’s skill set, and he’s broke. O’Hasson knew his grandfather, which makes him almost family. And nobody doesn’t not want 4 million bucks.

Hamilton’s first novel, Past Crimes, won every crime writer’s award in the business, and so will Every Day Above Ground. An unfortunate title for a bigger drama, but you shouldn’t risk missing it. And again, no cops and no arrests – who says crime doesn’t pay?