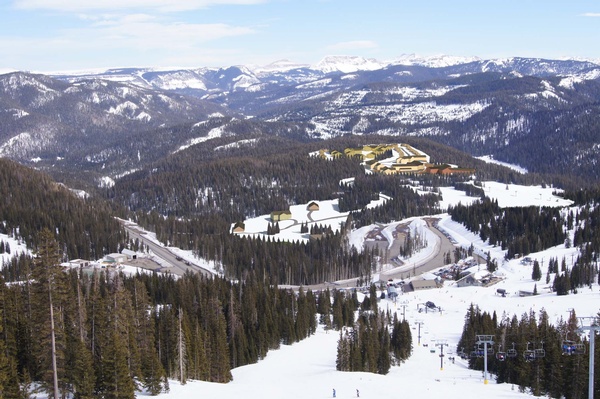 The Village at Wolf Creek could have been dealt the final blow this week. On Thursday, U.S. District Court Judge Richard Matsch rejected pleas by the Leavell-McCombs Joint Venture to rescind an earlier ruling that overturned a controversial land swap between the developers and the Forest Service. The swap would have allowed access to McCombs’ land inholdings and pave the way for the Village of 1,700 units and about 8,000 people atop Wolf Creek Pass.

Ruling in Denver, Matsch described the Forest Service’s approval of the land swap as “a patent effort to circumvent obligations to protect the natural environment.” Matsch again reiterated that the Forest Service’s decision was unlawful and an “attempt at an artful dodge of its responsibility.”

The developers have attempted to gain approval for a large residential and commercial development on Wolf Creek Pass for more than 30 years. The small city would be adjacent to the existing ski area but not part of it. The proposal has generated overwhelming public opposition due to concern impacts to wildlife, the environment and the character of the ski area

Earlier this year, on May 19, Matsch ruled that the Forest Service failed to consider these important aspects in allowing the land swap. In addition, the arguments the Forest Service offered up in its defense ran counter to the evidence and law, and failed to consider relevant factors. A month later, lawyers for Leavell-McCombs asked Matsch to reconsider, alleging that he suffered from “a misapprehension of controlling law and facts.”

But once again, the court thoroughly rejected those claims and denied McCombs new bid for approval. Among Matsch’s findings, the Forest Service land exchange violated the National Environmental Policy Act and the Endangered Species Act. The Forest Service also failed to exercise its legal authority and responsibility to protect the forest, particularly when it comes to protecting lynx.

“It is clear that Leavell-McCombs is frustrated by the court’s insistence on following the rule of law. This is an example of the checks and balances in our system working,” lawyer for Rocky Mountain Wild Matt Sandler said. Sandler, along with Durango lawyer Travis Stills, of Energy & Conservancy Law, represent Friends of Wolf Creek, a coalition of groups including Rocky Mountain Wild, San Luis Ecosystem Council, San Juan Citizens Alliance and Wilderness Workshop, that oppose and development.

Jimbo Buickerood, lands program manager for San Juan Citizens Alliance, applauded the decision. “Wolf Creek Pass is one of the wildlife corridors most critical to the future success of lynx in the San Juan Mountains,” he said. “Judge Matsch’s order once again reiterates that plans by the developers and the Forest Service are insufficient to ensure lynx will continue to thrive in this important corridor.”

For more on background on the “Village at Wolf Creek,” go to: http://friendsofwolfcreek.org/background/