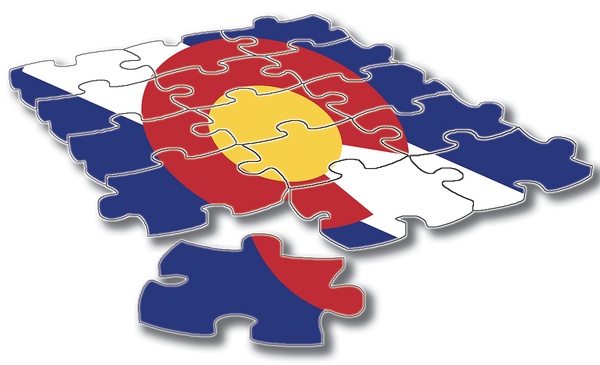 Over the past few weeks, The Telegraph has been breaking down the plethora of ballot questions voters will have to ponder this November. Along with races for Colorado Governor, the U.S. Congress, State Legislature and local offices, there are 13 state ballot questions and a handful of local issues in the Southwest.

With ballots hitting the mail Monday, it’s time to tackle the rest of the lucky 13 before finishing off next week with our Candidate Questionnaire.

It might seem hard to believe in a country divided into red and blue, but there’s actually something everyone agreed on.

Every 10 years, following the national census, the state’s elected officials redraw the political maps for both the State Legislature and the U.S. House of Representatives.

Currently, the maps are drawn by the Colorado Legislature and voted upon like any other bill. These amendments, however, would create what’s called an Independent Redistricting Commission – one commission for the U.S. House (Amendment Y) and another for the state (Amendment Z).

The members would be chosen by a panel of retired judges chosen from a pool of “qualified applicants.” (Some of the qualifications include being registered to vote, having voted in the past two general elections, and having not been a registered lobbyist or elected public official in the past three years.)

Commission members will be tasked with redrawing the map. While they must take into consideration the federal Voting Rights Act, they are also asked to consider what’s called “communities of interest.” These are defined as “any group in Colorado that shares one or more substantial interests that may be the subject of federal legislative action (and) is composed of a reasonably proximate population.”

The commissions would be subject to all of Colorado’s open records and open meetings laws.

In the end, the final maps must be approved by eight of each commission’s 12 members, including at least two unaffiliated representatives. Once approved, the final maps then go to the Colorado Supreme Court for approval or to be kicked back for revisions.

The text for each Amendment is long and descriptive – which some see as thorough, and others argue gets too much in the weeds.

Supporters of Amendments Y and Z say the creations of these commissions would make the process of redistricting transparent and impartial. Voters would have a window into the entire operation, and no single political party could control the process.

Opponents say, however, the process isn’t going to be any less political than it already is.

The individuals appointed to the commission would not be elected officials and, therefore, would not be accountable to voters. Also, because eight of the commission’s members would come from the two largest political parties, this would promote a two-party system and make it almost impossible for a third party to gain any ground.

The official campaigns supporting the issue are Fair Maps Colorado and Yes on Y & Z. The League of Women Voters of Colorado has come out in support, as well as Colorado Gov. John Hickenlooper and Republican and Democratic legislators. Even former New York City Mayor Michael Bloomberg tossed $500,000 into backing both ballot measures.

So far, there’s no official campaign opposing the two. However, one well-known Colorado name has come out against it – Douglas Bruce, the author of the Taxpayer Bill of Rights and a former state representative.

Unlike other ballot issues, this one is very simple. It would lower the minimum age for serving in the State Legislature from 25 to 21.

This is not the first time this has been brought to voters. A similar question was on the 2008 ballot, but only 46 percent of Coloradans supported it. This time around, the measure will need at least 55 percent approval to be added to the State Constitution.

The measure is backed by a group called New Era Colorado, a Denver-based nonprofit dedicated to giving young people a voice in politics. They also backed the 2008 attempt.

The argument for Amendment V is about encouraging young people to get involved in public service and government. The argument against is about experience, and whether or not someone should have a little more before becoming a lawmaker.

One of the top talking points about judges on the ballot has often been how the question is worded – whether or not a voter wishes to “retain” a judge? Well, Amendment W wouldn’t really change that. What it would do is change the way judge elections are listed on the ballot.

Currently, each judge is listed as a separate question. For example, shall judge so-and-so be retained? If approved, the ballot would instead ask voters if they wish to retain the following judges to a specific court, like the Colorado Supreme Court or Colorado Court of Appeals, followed by a list of each name and an opportunity to vote yes or no.

There are no official campaigns for the measure, and it has received bipartisan support from the Colorado Legislature.

Amendment 75 is – as they say – all about the Benjamins. This measure would allow for an increase in individual campaign contributions when one candidate spends more than $1 million of his or her own money on his or her own campaign.

Under the current law, for example, the limit for an individual donation this year in the race for governor is $575, according to the Colorado Secretary of State. However, there is no limit on how much one of those candidates could give to his or her own campaign.

If Amendment 75 passes and one candidate gives his or her own campaign $1 million or more, the other candidate would be allowed to increase the limit of an individual campaign contribution by five times.

In this year’s race for governor, this would only raise the limit to $2,875 – and, that’s actually one of the arguments against the measure. It would still take almost 348 individual donations to get to the $1 million.

Campaign contribution limits in Colorado are complicated. The maximum donation amount is different for each office. It also changes if the donation is from a political party, business, corporation, labor union, and so on. Limits also change each election cycle depending on inflation and other factors.

Therefore, one of the arguments against this measure is that Colorado’s campaign finance laws need a lot more help than Amendment 75 can offer, and it would only make things worse.

On the other side of the fence are those who think something is better than nothing.

There are supporters and opponents of this measure, however no official campaign committees have come forward.n

The Telegraph returns next week with our candidate questionnaire, where we give candidates running for local offices a chance to talk to voters. To keep up with the ballot breakdown, visit www.durangotelegraph.com.

It takes two: Amendments X and A 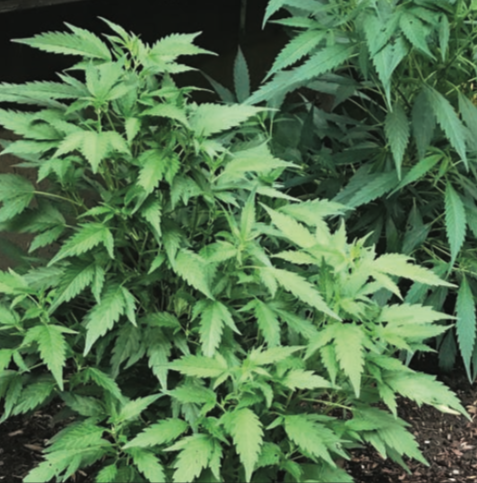 To finish off the breakdown of the 13 ballot measures this November, The Telegraph takes a look at industrial hemp and slavery.

The basic pro argument is that if Colorado has the same definition as the feds, the state will already be in line with federal regulations as they evolve or altogether change. On the other side, opponents say this would be changing an amendment voters originally approved in 2012.

The measure has some voices against it, but a majority of the State Legislature – including Democrats and Republicans – have come out to support Amendment X.

Amendment A: Prohibit Slavery and Involuntary Servitude in All Circumstances

Amendment A would remove language in the Colorado Constitution that allows slavery and involuntary servitude to be used as punishment for a crime.

The argument is about whether or not prison workers – for example – would still be allowed to work. A similar measure was on the 2016 ballot, and narrowly lost out with 49 percent voting for and 50 percent against. There is a campaign supporting the measure, but not one against it.

Ballots go in the mail Mon., Oct. 15. There will be drop-off boxes in several spots across La Plata County in the coming weeks and plenty of places to go for help. For the latest election information or to check out sample ballots, contact the La Plata County Clerk and Recorders office at co.laplata.co.us or 382-6296.