Meating in the middle
Meat gets a bad rap, but not all flesh is created equal 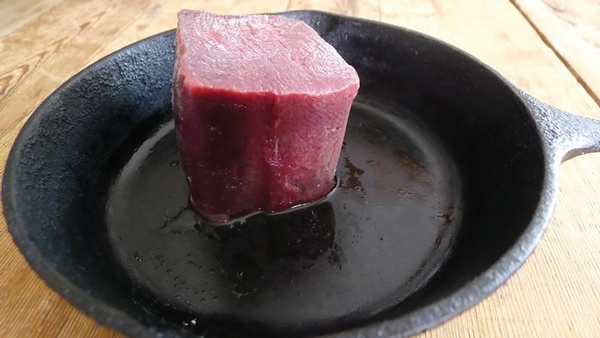 One burger per week. That is all you get if you want to stay healthy and avert climate catastrophe, according to a new study in the medical journal The Lancet. That’s roughly a 90 percent reduction from what most Americans eat.

When the study dropped, I was out hunting. I returned home exhausted, with more than a thousand weekly servings of delicious, climate-friendly elk from the high country of Montana, and saw the Lancet report on the evils of meat.

Much of what the study had to say about red meat did not apply to my elk, but rather cattle, which burp methane and consume nutrient-rich foods like corn and soy, which have carbon footprints of their own.

My meat comes at no cost to anyone but the deer or elk, because I live where tasty wild animals handily outnumber people. Part of why they are so tasty is their habit of raiding farms, breaking fences as they go. By night, they take out cars. About two percent of Montanans will crash their vehicle into an ungulate this year. Without hunters, that number would surely be higher.

Despite happy exceptions like mine, the environmental case against red meat is compelling. If everyone on the planet ate as much as they wanted, the resulting carbon emissions would be staggering.

Sure, a certain amount of cattle on the landscape, and in our agriculture system, are welcome. Without animal products like manure and bone and blood meal, organic agriculture as we know it could not exist. Grass-fed cattle can be climate-friendly, but there isn’t enough acreage to satisfy the planet’s “beef tooth” on grass-fed alone.

The climate case against red meat is tough to dispute. But the human health case, on the other hand, looks tailored to support the climate case.

There is no consensus about how much is too much red meat for humans. Processed meats are strongly linked to cardiac disease, type-2 diabetes and cancer, but those correlations have not been shown for unprocessed meat.

Bundling the health/nutrition argument with the climate argument makes it appear as though climate research is steering nutrition conclusions, at the expense of much-needed nuance in the meat space.

There are, in fact, important examples of plant-based foods being more disruptive than animal products. Chicken, pork and canned tuna all have lower carbon footprints, per calorie, than tomatoes and broccoli.

A healthy diet doesn’t require it, but if red meat is what your body craves, and you want to eat more than your share, then maybe you should be a hunter. At the very least, you should be OK with spending good money on good meat.

One thing you can’t buy is your innocence in the death of an animal. One way or another, every meat eater is party to a kill. A hunter knows the details, for better or worse.

The elk I’d shot was a mother. After she dropped, the herd ran off, but her calf lingered. As I approached, the calf lumbered off, not looking back, in the opposite direction that the herd had gone.

I’ve been thinking a lot about that calf, hoping it survived the night and found another herd. But as sad as my elk-hunting story is, I wouldn’t trade it for the stories of any meat that’s available in stores.

Whatever the provenance of yours, the more thought you can put into your meat, the better. Whether it’s hunted or purchased, don’t take for granted that an animal gave its life for your meal. Celebrate that meat in every bite.

When I butcher my animals, I use a special technique to inspect for flavor and tenderness. This recipe allows for no distractions. No baked potato, no salad bar. The only permitted vegetables are garlic, hot sauce and wine grapes, sipped while chewing. This is an essential part of eating red meat and functions as both condiment and beverage. Wine also lubes the celebration, even if it’s only a party of one. The sweet buzz dulls the heartache of your crime and washes down its delicious justification.

This recipe is to be used with the highest quality meat you can find. Where I live, there are several purveyors of delicious, local grass-fed beef. It should be a tender cut, such as rib eye or tenderloin. And it should be as thick as possible. The ideal cut is as thick as it is wide.

The technique is to slowly pan fry the meat and monitor its state of doneness by cutting it into progressively smaller pieces, at a pace that will produce perfectly cooked bite-sized chunks. It can also be done under the broiler.

The cutting happens in the pan, assuming you have cast-iron. If not, transfer the meat to a cutting board each time you cut it. A good cast iron pan costs about as much as a pound of good meat. You won’t regret having one.

Flesh in the Pan

1 Tablespoon olive oil
1 pound red meat
1 garlic clove, pressed, minced or mashed
1?4 teaspoon salt
1?4 teaspoon pepper
1?4 teaspoon garlic powder
Red wine
Rub the meat in olive oil and then the salt, pepper and garlic powder. Add it to the pan, with a tablespoon of olive oil, and heat on medium. When the meat starts to brown (about three minutes), turn it onto a different edge.

When all sides are browned, cut the meat in half, and inspect. The middle should still be raw. Place the cut sides down on the hot pan. Add the garlic. After another two or so minutes, cut the halves in half and inspect again.

Continue cooking, cutting and inspecting until you have bite-sized chunks that are done perfectly to your liking, be that raw and red, medium pink or brown and done.

Wash down the meat with wine and gratitude. Rinse. Repeat. Rinse repeatedly.

Flash in the Pan

Proceed to the root 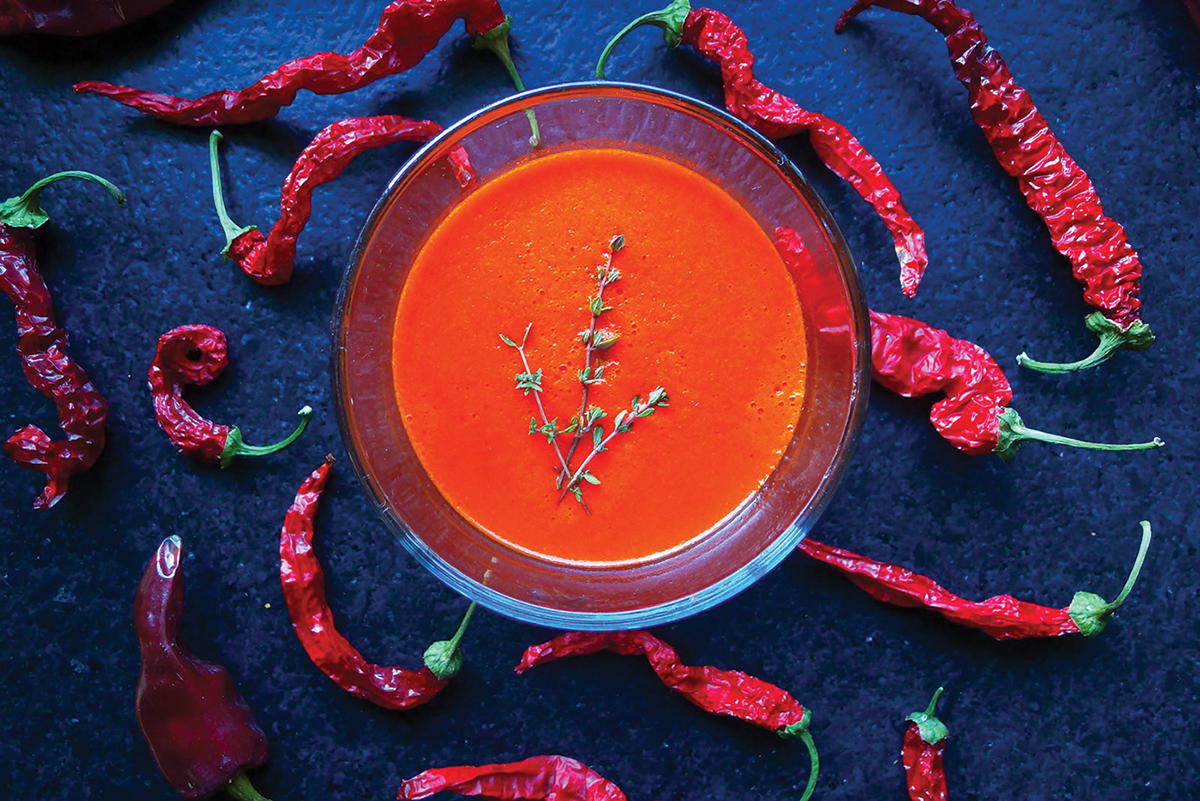 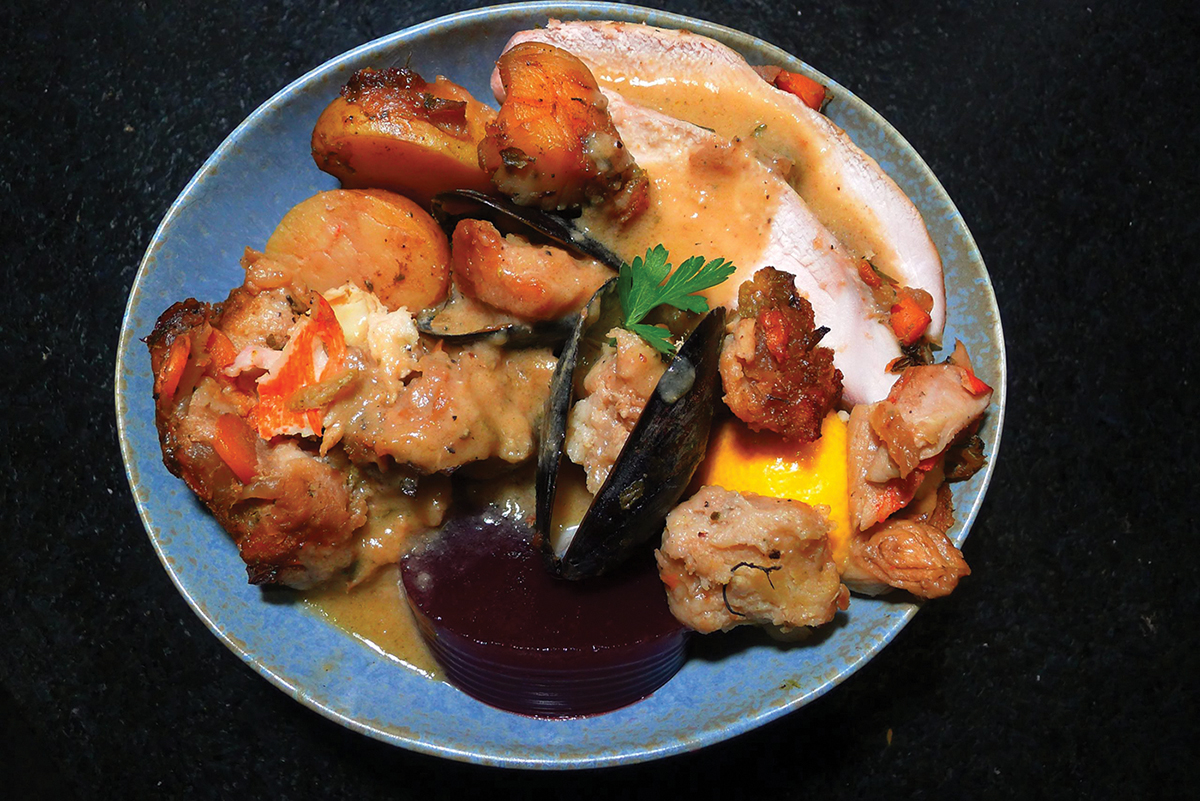 Stuffed to the gills

The original happy meal
Back to Top