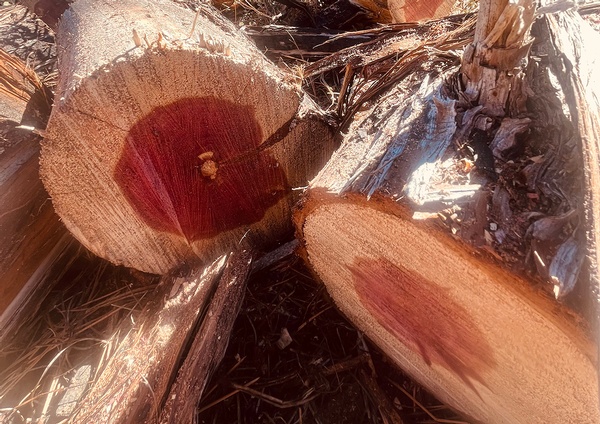 It was a crisp late autumn afternoon. No one else was driving on the lonesome southern Utah highway lined by the last golden cottonwood leaves clinging on to their branches. In canyon country, the first freeze signals a mass exodus of tourists, when it is deemed too cold to explore the sexy slot canyons. Second homeowners flock south, seasonal workers roam elsewhere, and locals tend to hibernate.

The abrupt seasonal shift felt heavy. Aaron leaned his cheek against the window and stared out. We met serendipitously during the summer, when monsoon storms and the pulse of traffic – a few cars passing through town at a time – electrified the desert. Within an hour of meeting, we were off on a walk, and I suppose we never stopped. Our summertime hikes in the desert shifted into autumnal waltzes through blankets of golden aspens. After the first snow, local businesses prepared to shutter. People began to flee town. But neither of us had a plan for the winter – no reason to stay, but also no reason to leave.

To quell the gnawing uncertainty, we were heading up onto the mountain to cut firewood for some lively Sunday afternoon entertainment. With temperatures plummeting, we would need wood to stay warm, whether for two more weeks or three months. “Town is dead,” Aaron lamented in the passenger seat. “Nothing’s goin’ round here in winter, you’ll see.”

Suddenly, as if in divine orchestration, a flaming red orb burned down from the sky, flew in front of the windshield and then vaporized before hitting the ground. Nothing indeed.

Aaron and I looked at each other in wide-eyed confirmation. No words were exchanged. What is there to say about a near miss with a burst of space fire?

In the rearview mirror, no smoke emanated from the sagebrush to signal where the phantom object may have landed. Without cell service, there was no way to call the event in. Who would we call? The only sensible thing to do was pull over and walk deep into the woods. The direction, irrelevant.

For several hours we walked through the forest in small circles, looking for our desired trees. Aaron pulled out a chainsaw to cut down the first cedar, better known as a Rocky Mountain juniper or Juniperus Scopulorum to folks outside this part of Utah. I remained powerless to retract my gaze from the sky until he made the first cut, opening the bleeding magenta heart of the tree. At the center of the trunk was a red burst of past life, not unlike the unidentified pyrotechnics dropped from space over the highway.

Without knowing the meaning of these events, the experience heightened my senses that day. I lifted a round of rose-colored wood to my nose and inhaled its spiced woody fragrance. The pink cliffs of the 50 million year old Claron Formation towering above whispered the slow pace of deep time – the instant replay of the fireball in my mind staccatoed just how immediate nature can enforce change.

I inhaled the thin air and kissed the ground underfoot with my wiggling toes, understanding in a different light, what a miracle this all is.

Of course, although this experience ignited much existential pondering, my curiosity itched to know what the hell happened out there. At home, I pushed a split log of the cedar into the wood stove and watched the reddened center smolder slowly in the flames. I pulled out my laptop and began to Google, “Fireball in southern Utah on November…” and shut my laptop before I could press enter. A quick text message sent to my friend Natalie, an astrophysicist, resulted in a reply almost as rapid as the sky pyrotechnics. She declared it likely to be a piece of debris from the path of the Taurid meteor shower. NASA reported more fireballs than usual during this year’s rendition of the annual event. The space fireworks are actually flaming pieces of debris from the Comet Encke that hits the earth’s atmosphere at 65,000 miles per hour before burning up.

Natalie completed her response with, “Cool! Thank goodness you weren’t any closer.”

The temperatures continued to plummet in the high desert from that day onward. As people left town, one by one, Aaron and I burned more fireball wood to warm a little trailer. But it didn’t feel the same to be inside after that. This was supposed to be the winter I finally holed up in a room of my own, after having found myself living out in the snowy canyons for the last five years. I’ve rationalized the reasons I’ve done this and said it’s the last winter like this every winter. But the truth is, I quite like the desert at its coldest. When the thin-aired silence slices through the finicky worries of our mind, and the simple task of tending a fire, warming muscles with long walks and hibernating overtakes the pretend bustle of modern living. Nothing is happening in here, in town, or in anywhere – it’s all out here. The sky proved it to me.

We packed up the truck, loaded up the back with a hearty pile of the magical purple-heart cedar, and headed out to walk among the lizards and the coyotes.