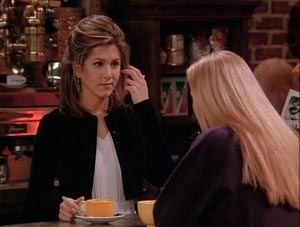 What does the “J” in Donald J. Trump stand for? It doesn’t seem to be out there anywhere on the inter- net and my friends and I are taking bets. I think it’s “Johnson,” for obvious reasons, but my friend thinks it’s more biblical, like “Jeremiah.” Who’s right? Or could it be that no one knows because he has no birth certificate?

– J is for Jagoff

Well, “J” would be a very short form of “Johnson”– rather fitting in this case. But what most people don’t know is that the former Republican presidential nominee grew up spiritually impoverished because he didn’t receive a middle name from his immigrant family. So he fashioned one for himself in an attempt to appear “presidential.” Possibly being unable to read, however, he stuck with an enigmatic single letter. This letter J is, in fact, one of his seven Horcruxes and must be destroyed by love and kindness.

You’re equal parts wise and full of b-o-l-o-g-n-a. I think I have you pegged: that means you’re either an

attorney or a psychiatrist. Which is it? In either case, I’m desperate to know if you do pro bono work. The court is making my friend pay a bunch of fines, unless my friend seeks mental help. And all for a bunch of crap my friend didn’t do. I figured, I could send you a bunch of legal/psychological questions every week for my friend, you answer them in the paper, and we all win. What do you say?

– Sincerely, Asking for a Friend

Whoa, nellie. Look. Tell your “friend” that I’m just a gal writing an advice column for the best damned paper in town. Start asking me all this legal, moral and ethical stuff, and I’ll actually have to be responsible. We can’t have that! Besides, then we’d have to run a disclaimer, which would take up a whole chunk of extra space, and to make enough room we’d have to let someone like Shan Wells go. Think of Shan, man. Think of those animalz attacking. And think about helping your “friend” get the help your “friend” re- ally needs. That’s the best advice this girl can give.

– My bologna has a first name, Rachel

What happened to vitamins F-J? It just skips from E to K. Please explain.

Oh my God. In making up an answer for you, I just found out that the former Republican presidential nominee is both the sole source and the sole end-user of the world’s supply of Vitamin J. In fact, that’s why he chose it for his middle name! Side effects of this rare vitamin include fascism. (Historical side note: he threatened to register all the un-American vitamins F through I, so they moved in with Vitamin B and are now living in its basement.)

– Supplementing your knowledge since 2016, Rachel