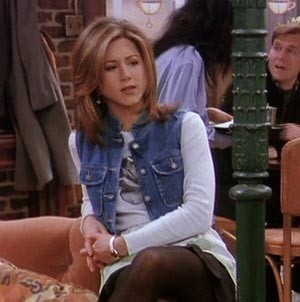 Hi, I’m an anonymous Telegraph employee. I recently received a letter about one of your recent answers, where you mentioned a raccoon hitting two pieces of flint together to start a forest fire. It suggested that two pieces of flint wouldn’t start a fire, but that flint and high-carbon steel would do the trick. I don’t know either way, but could you please start fact-checking your own column from here on out?

The Guinness Book of World Records got its start as a behind-the-bar guide to settling drinking disputes. That’s why it’s run by a brewing company. That’s a fact – verified by my memory, which is indubitably faultless. We need a similar book of interesting facts to settle disputes between newspaper-people and other newspaper-people. Any local brewers want to take that on? You can reprint all my interesting facts from years past. I’ll only ask for 50 percent of the proceeds.

I have never been to a concert festival in Telluride or Pagosa or anywhere that requires sleeping in the cold and spending all day on the ground. All my so-called friends keep telling me I’m missing out. Missing out? On below-freezing nights in June? On strangers riding that hungover/drunk wave for three days? On using porta-potties? No thanks. Yet I need a shut-down answer for why I don’t bother. Any ideas?

Can I get an amen? Amen! I love music, and live music is somehow more delicious than canned tunes. But seriously, why do we have to wallow like overcrowded pigs to see some acts we care about only marginally from usually some great distance, and pay hundreds of dollars for the experience? People just like to say they were there. So you can say you were there, too. Everyone was too drunk to remember that you didn’t actually go.

– Festivus for none of us, Rachel

Why do people act like their garbage bins are sacred spaces never to be trespassed upon? Once the bin hits the curb on trash day, you’re not claiming any of the space you left empty. It’s literally nothing to you if I put my overflow trash in your bin. But people on my block get irate when they see me dropping bags in others’ bins. What’s the deal, yo?

My god, you’re right. People start turf wars over who put what in whose bin. I never thought of it that way. Wouldn’t they rather house your garbage in their bin than have it fester in your yard for another week? Of course not! This is America, goldurnit, and our forefathers didn’t die for us to have our garbage privacy invaded like that. Interesting fact: garbage on the curb is considered public property. That’s right. Yellowstone is your American birthright, and so is your neighbor’s refuse.