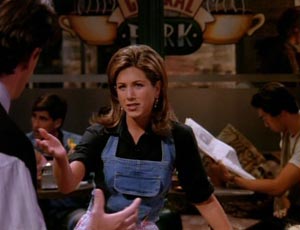 Can a town the size of Durango really sustain two coffee shops right next door to one another? I love caffeine as much as the next sleep deprived person, but really? I don’t wish any ill will on any company, but it just seems crazy that two shops would open next door... maybe they could knock down a wall and combine forces!

Have you noticed that gas stations do this ALL THE TIME? They set up on opposite corners, and one will have gas for a penny less, and people will flip complicated U-turns just to save 15 cents on a fillup before going to spend $7 on a latte. I think this neighborly competition will be beneficial for the world of coffee. It’s how we treat fuel for our cars; why not fuel for our bodies?

I’m just not feeling the Fourth of July this year. Rah rah America and all that, but honestly, I’m not proud to be an American right now. Apologies to the song, but I don’t know that I’m free. I’d feel more patriotic busting children out of concentration camps than lighting hot dogs on fire. What are some alternative Independence Day celebration ideas for these marred times?

You’re such a rebel. Good for you! Why don’t you burn some flags while you’re at it? (God, my friends tell me I need to work on my sarcasm clarity. That wasn’t sarcasm. I mean it. Go burn some flags. Like swastikas and Confederate ones. In front of an ICE office should do.) By all means, don’t give in to the festive atmosphere if you don’t feel festive. Go build the world you want. But don’t just do it on the Fourth of July, like those Catholics you only see at Easter. Spread the joy the whole year through.

– Putting the “riot” in patriot, Rachel

My siblings all “joke” with me that I’ll be the one taking care of our mother when she gets old. “Build a cabin on your land,” they say. It’s all fun and games, until I actually have to spend a day with her. Yes, she brought me into this world, but since then she has not stopped talking. By the evening of a single day together, I am irritable and snippy. I can’t imagine all her twilight years with me. How do I get out of this fate?

Eh, you’d get used to her incessant talking. You obviously survived childhood. You could survive adulthood with the same ailment, especially with easier access to alcohol. If I were you, I’d draw the line at building her a cabin. Tell your siblings that they can pony up for the shack themselves. And that you require a new house while they’re at it. With two coffee shops next to each other, too.

– Kiss your mama with that mouth, Rachel