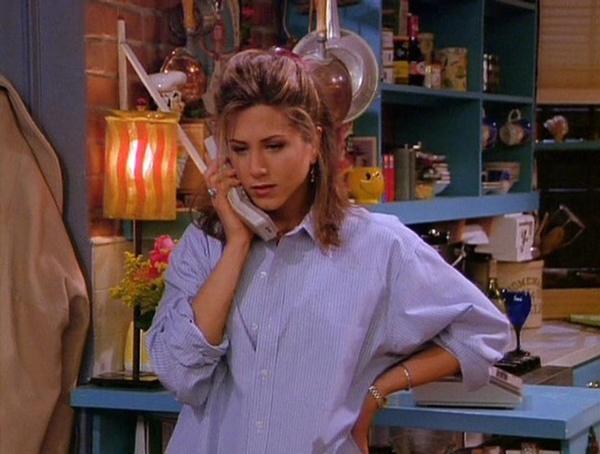 I just received a couple of primo ’90s-era suits as hand-me-downs from someone who no longer has a ’90s-era waistline. They are sweet and fit me like a dream. However, the pants have a few moth-nibbled spots in them. I don’t want to look a gift suit in the mouth. Nor can I afford a classy tailor to mend them, and my sewing abilities would butcher the suit. How can I pull off wearing these trousers anyway?

I suppose it depends on where exactly your moth holes are located. On your inseam? Just don’t sit like a dude. (Which, if I may say, is generally good advice anyway, particularly for dudes. We all know your junk doesn’t need THAT much room.) On the outer seam? Stick on some red or yellow piping and pull off the Han Solo vibe. Below the knee? Two words: cut-off shorts.

We’re all aware of bear troubles (or at least we should be by now). But I’m convinced that ravens are a bigger menace. Just this morning, I had two ravens scattering someone else’s garbage across my lawn, just to get at some old French fries in a to-go box. And I’ll tell you, these birds looked mean. I’d rather shoo off a bear than risk these ravens pecking my eyes out. What can we do about these winged invaders?

You know, I’m no corvid expert. I know they are crafty, clever beings, capable even of creating tools. But let’s be real. Bear-proofing trash ought to more than bird-proof it too. It’s some freaky Hitchcock crap if ravens can start undoing latches on trash cans. Then I would start worrying more about my windows than my bins. I’m already terrified of octopuses working their way up my drains and suffocating me in my sleep. Now I have to think about black birds pecking my eyes out. Thanks for nothing.

I know people, liberal progressive green people, who have actually stopped recycling. They tell me about how expensive recycling is, which means cities that collect recycling don’t actually sell it to recycle centers, and it’s all going in the landfill anyway. I refuse to believe this is true. I have to believe in a better world, where all my milk cartons are turned into plastic boats that save the whales. How badly am I fooling myself?

I can’t know if your friends are right or wrong, though let’s be honest, we can all imagine the City of Durango dumping recycling straight into the ocean because it’s cheaper. I do know that the Holy Trifecta is reduce, reuse, recycle – in that order. Reduce your use by cutting slacks into shorts. Reuse the cut-off legs as arm warmers. Recycle the cans people give you because, by now, you appear to need the funds.

– It ain’t easy being green, Rachel