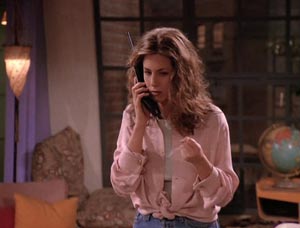 Apparently we’re still announcing a Sexiest Man Alive every year? First of all, I don’t think sexy has a one-year term limit. I mean, Harrison Ford is still alive, am I right? (High five!) Beyond that, it just seems degrading. It shouldn’t be any more OK to objectify a man than it is a woman. I’ve never read the Sexiest Man articles, so maybe they go into philanthropy and crap like that? But even then, it’s like putting a talent component in the Miss Universe swimsuit competition. We all know what it’s all about.

I stopped reading your question after Harrison Ford. I got to thinking, if some people aren’t buying that I’m the Jennifer Aniston character from “Friends” even though we share the same name, maybe I should start calling this column “Ask Harrison Ford.” It wouldn’t be as true as it is now, but at least we could look at Harrison Ford’s mug every week.

– Pardon me for a moment, Rachel

Don’t tell me that floor pillows are the next thing Millennials are going to use to ruin the world. I didn’t think they could kill furniture, but it might be happening. I went to a get-together at a younger coworker’s house this weekend, and instead of offering guests chairs, she guided us to a selection of foam blocks. It was that, or stand all evening. So I ate my sampling from the charcuterie plate and left.

Holidays have already gotten political in my family, and we’re not even at turkey day. One sister, the one who’s a philosophy grad student, suggested we all gift one person one item that didn’t require any money. Regifted items, found items, made items, whatever. Because, in her words, “consumerism is the worst.” She’s not the problem. The problem is my two brothers-in-law who took her mantra to be an anti-Trumpian screed, and now I’m caught in the crossfire of reply-all emails. How can I knock this scuffle down so it won’t get back up again?

– We’ll Have a Red Christmas

Try looking at pictures of Harrison Ford. They’re available on the internet – for free. Which means you can also give them to your entire family without being consumeristic at all. That ought to solve your gift-giving problem. Was there more to your question? My attention is kind of consumed at the moment by this 1984 GQ photo shoot featuring a beard-sporting HF. Don’t mind me.