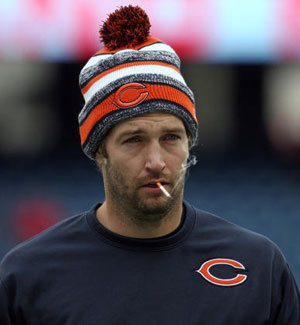 Interesting facts: I recently found my glasses. I would like to thank my friends and family for their tireless search effort and support during a difficult period of squinting and whining.

After watching the RNC, mostly for comic relief, I came to the terrifying realization that Donald Trump and his wife are aliens. I mean, it’s so obvious. How else do you explain the orange reptile skin, creepy shellacked hair (both of them), squinty eyes and weird accents. Of course, this means we won’t be able to fight them using traditional human methods. How do we stop the invasion?

That is a very interesting theory. The only guarantee at this point is that The Chicago Bears will win the 2016 Super Bowl. #imwithcutler #makefootballgreatagain

My husband has recently announced that he no longer wants to ride bikes with me. He says he likes to go by himself at lunchtime. Should I be worried he’s having a little afternoon delight with another, faster girl, possibly with a newer bike and bigger tires than me?

Sometimes you don’t know what you’ve got till it’s gone. Have you considered ceasing all communication with him? A wise man once said, “Well anyways, you are not getting me calling back, but I am still trying for you mother****er.” Let the angry and confused messages pile up until he comes to his senses and purchases you a tandem bike. Also try to work a new set of tires into the deal.

Why do they have the “square” photo option on the iphone cameras, especially when it’s so easy to just crop a photo? Seems like a waste of space and annoying to have to keep toggling back and forth – plus, does anyone really ever use it? What gives?