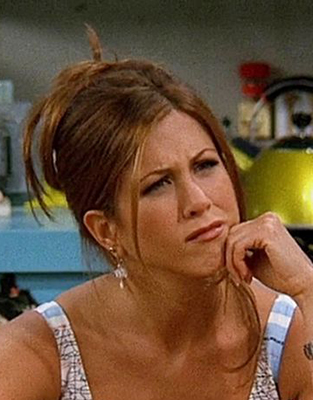 My children are really missing out on an important milestone in life. They will never witness their odometers rolling over all the digits at one time. Even the crappy old used cars they’re driving as teen-agers now have digital odometers, and I’m sorry, a row of LED digits cannot match the thrill of watching a series of nines become that aesthetically orgasmic 00000. Is there any substitute for old odometers in the modern world?

It’s probably a good thing kids these days don’t have analog odometers, because they’d have to take a TikTok while operating a moving vehicle. Back in my day, when I took my first car over 200,000, I had no phone and no camera. I simply stared in awe at that weirdly calming set of numbers. A cameraphone would really have distracted me from watching the dashboard for, like, five of those 60 beautiful seconds.

I’m really not lactose intolerant, except for ice cream. Within five, 10 minutes of downing a milkshake, it sends all my boys to the yard, if you know what I mean. You think I’d learn my lesson and stop eating ice cream. Or at least I’d only do it like once a summer. But noooo. The trauma wears off in just a couple weeks and I dive right back in. Story of my life, going on four decades. I need an alternative to kick the habit. Help!

You’ve reminded me of a story my brother-in-law tells every Christmas. It’s seriously not fit to print, but it involves a lifetime ban from Disneyland. He’s not officially banned; he just can’t show his face ever again, lest the cleaning crew spots him. Who am I to deny you your pleasures and your pains? Eat ice cream. Apparently it’s worth it to you. Maybe just do it alone from now on.

Do you ever see those numbers like “98 out of 100 scientists recognize climate change” and think, who are the other two scientists, and how have the 98 scientists not beat them up behind the gym? I just found out my sister is one of those two scientists. You’d think a master’s degree in hard science and a publicly funded job would show her the light. But she’s a hard-line denier. How can I even argue with her, when she knows the science better than I do?

Reminds me of my friend who watched Elon Musk shatter the Tesla truck’s unbreakable window and still tried to put down a deposit that day. You really cannot reason with imbeciles. Just remember: even if she is wrong about nearly everything, she can still contribute good to this world. No one is wrong 100 percent of the time. What’s that old saying – even a Peugeot has an exceptionally accurate odometer?