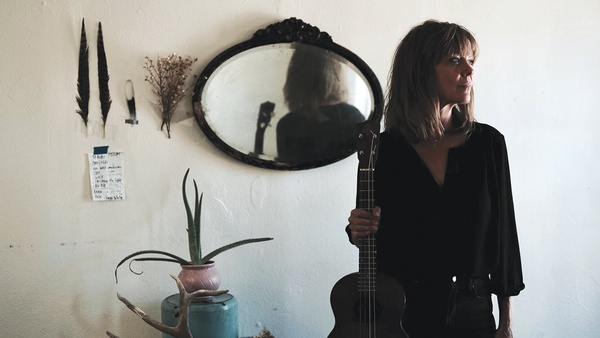 Local visual and performing artist Jenn Rawling. With the help of the illustrious Bailey brothers and their infamous Blue House Studio, Jenn survived a literal hole in the heart to record what is easily her most compelling album to date./Courtesy photo

Greetings from the coast of Croatia where I am on the hunt for elusive ex-Yugoslavian communists. Thanks for your continued support as we continue the Telegraph’s insatiable lust for arcane leftist propaganda of yesteryear.

Beforehand, I spent a week exploring the hyper-woke-but-still-tolerant-of-assholes paradise known as Amsterdam. No joke, rent is cheaper in Amsterdam – one of the world’s swankiest cities – than in Durango, one of Austin’s most charming suburbs. Highlights include a healthy dose of record store visits, night after night of great music and dancing (to get my mind right for the upcoming Durango Bluegrass Meltdown), frites with mayonnaise, and not getting any guff about being an American for once. It turns out western Europe has their own nationalist terrors to worry about, yet again. Ah, the circle of life!

Speaking of the Bluegrass Meltdown, it’s going down this year, from April 22-24. I insist you get a ticket, a weekend pass or whatever floats your folk boat. This year will be a celebration like none other as top-tier bluegrass musicians like Bruce Molsky and Tony Trischka descend on our humble, increasingly out-of-state-owned town for a weekend of celebration, community and,  my personal favorite, high-energy dance music from 100-plus years ago. For more info, check out www.durangobluegrassmeltdown.com

Moving on, for this week’s interview, I recently sat down with local artist and musician Jenn Rawling under a tree at the Smiley Building, drinking feverfew and skullcap tea, talking about her new record. With the help of the illustrious Bailey brothers and their infamous Blue House Studio, Jenn survived a literal hole in the heart to record what is easily her most compelling album to date – and during the lockdown, nonetheless. Local musicians Alissa Wolf, of the Stillhouse Junkies, and Scott Roberts, of La La Bones, lent their talents on fiddle and pedal steel guitar, respectively. The core trio are playing live Sat., April 16, to celebrate the imminent release of the record.

SS: Thank you for this delicious tea, Jenn. So, tell me everything. How did this amazing new record of yours come to be?

JR: When you start a creative project, when you decide to build anything and bring it into the world, you have this idea of what’s going to happen. There’s this naivete where you step into it, and you’re like, “Holy Moly! [laughs] I didn’t see any of that happening!”

I’ve been working on this record for almost two years. Looking back, thinking about the story and the circumstances around the record, the personal things I’ve gone through, it’s been pretty epic. When you’re working on a body of songs or a body of art … all of these things get woven into the making part. It’s been like a dream as I look back.

SS: When and how did this process come to fruition?

JR: During the early stages of quarantine, I lost access to my art studio. I was just at home alone, like a lot of people. I wasn’t really able to work at home, because I live in a small house. So, I grabbed my instruments. I never intended to make this record. I got GarageBand on my laptop. I felt really inspired and supported by my creative process. I thought, “Hey, if I don’t do this … I’m going to drink a lot of wine.” [laughs]

SS: It sounds like this was born out of necessity then.

JR: Absolutely. This process was a life preserver for me. The songs started coming in torrents. I love it when that happens, because I don’t really write every day. Then, I made these real funky DIY-style songs – just going for it. And I was like, “Wow, cool! I’m writing a record!”

I was in a COVID bubble with Jon Bailey at the time. He was doing a lot of drumming with me, and we decided to take all of this to the Blue House. I wanted to collaborate and get bigger than just me and my little acoustic guitar. So, I asked to work with Jon’s brother, Thomas Bailey, a phenomenal songwriter in his own right. He brings so much creativity to his projects. He helped produce it. He helped me with arrangements and to stay true to my vision. He also brought all of his sound design, sampling skills and multi-instrumental talents to the table. It was such a huge moment for me to work with someone who had that kind of perspective and style.

Shortly after, I had an accident and cut my foot badly. I thought, “What could possibly happen? This is going to be done in like two months.” And a month later, I’m in the ER, and I have to get several surgeries to correct everything. As a result, I had a minor blood clot, and then a heart attack. On top of all this, the doctors discovered a half-inch hole in my heart. So, there was all of this very intense health stuff happening while I was continuing to try and return again and again to this project. If I had never cut my foot, I never would have found the hole in my heart, and, not to be overdramatic, but I would have had a severe heart attack later down the road, for sure.

SS: The record is called “Hand Me a Shovel.” Are we talking about a grave here?!

JR: No! [laughs] It’s the idea of digging yourself out of something, moving through something. Understanding that you have to move through the obstacles life brings.

SS: What do you hope people experience or take away from listening to your music and seeing you perform?

JR: I love to be inspired and take that and make something. You hear something, and it’s like food. I love where my songs go, and years later hearing a friend say, “When my friend was dying, I held her feet and sang one of your songs to her.”

SS: Is that true?

JR: Yes! That’s so beautiful and crazy to me. I have tried to do music full time and make my living as a musician. It was so incredibly difficult. Right now, I’m not doing music full time. But, I will always want to write songs for the moments in our lives when music helps us to transcend.

SS: Or maybe even settle into the moment. Like when you share a first kiss with someone and there’s this song playing and you’re like, “I’m always going to remember this kiss, this moment, this song.”

JR: Absolutely! Or, when you listen to a particular record on a road trip. The next time you play it, it’s like all you see is the Badlands. To be a soundtrack to people’s experience is more than enough.

SS: Cheers to that. Where can people find you and your music?

JR: On the web at www.jennrawling.net. Also, Handcrafted House is having an anniversary party April 16 at 6 p.m., and I’m playing. My CD will be available at Studio & later this spring. I’ll also have it on all the streaming platforms, too. You can also find me through Studio & on Main Ave. 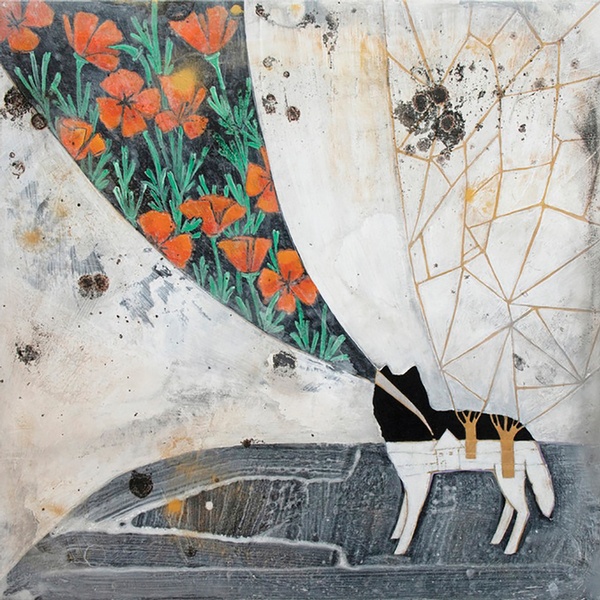 Rawling's archival print of an illustration for her song "Wolf in You." The print was offered as a reward for her album's Kickstarter./Courtesy photo