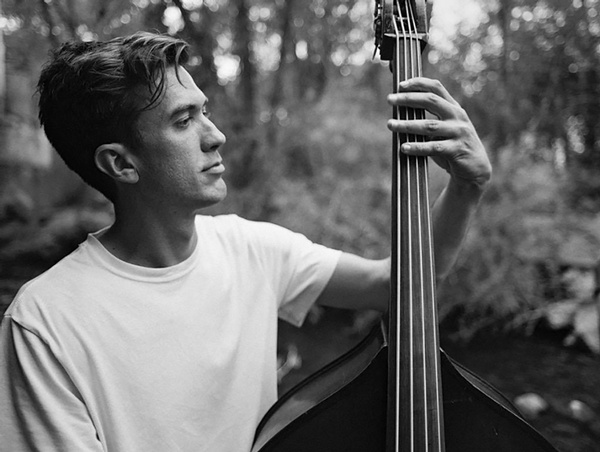 Some of us have met before; some of us have not. So, allow me a quick introduction and some insight. My goal with this first column is two-fold: 1. To proudly share my leftist credentials to you, the Telegraph faithful; and 2. To share my musical experience.

It all stems back to the late aughts, when I was radicalized while working at the local public library, checking out the one copy of Keith Richards’ biography, a James Patterson novel and whatever KSUT CD tickled my fancy.

For the last eight years, I taught some of you and/or your children the darkest socialist secrets known to human record in subjects like humanities, film studies and creative writing at a local high school. I didn’t make them stupider, I promise.

For almost 15 years, though, I’ve played music in and around town with Six Dollar String Band and DJ-ed under the moniker “Bad Goat Disco,” a wink to Lenin’s obscure obsession with goats of mal repute.

I’d like to say a lot has happened since I last saw many of you during those idyllic pre-COVID times. But clearly, we continue to navigate a pandemic whose costs are stacking up in staggering, maddening and heartbreaking ways. Many of us have lost friends, loved ones, homes or livelihoods and are struggling to carry on. I know it hit me, though to a much lesser degree than others.

It happened on just another lukewarm February lockdown day earlier this year, when I was teaching from my home office (probably with mute on.) My boss called to tell me that enrollment was low for the following school year and my position would be eliminated come June.

I’ve seen tough times, we all have, but that “reduction-in-force” jam was a jagged little chunk to swallow. Not to mention it was preceded by a bitter aperitif of continued COVID lockdown, family health scares, “hybrid” learning and the destruction of local and regional musical events, my major source of livelihood and community.

As my days teaching began to wind down, the sting of getting laid off gave way to optimism. And heck, the band and I were still managing to stay alive, playing private events and weddings throughout the region.

The last project I worked on with my students was one about resilience. We investigated the term through the lenses of psychology, sociology, economics and biology. What does it mean for a person to be resilient? For a school? For a town? For our environment and planet? We created a magazine that we distributed digitally for free.  It seemed appropriate to the time we were in. Hell, it still does. And, that’s where I’ll pick up with this column.

When the Telegraph reached out to see if I was interested in contributing, I knew this was too good of an opportunity to pass up. But the shoes I have to fill are big.

For years, Chris Aaland faithfully wrote his “Top Shelf” column with grit, candor, a dash of controversy and his finger firmly on the pulse of regional music. Like many of you, I faithfully read his column, gaining insight into the mind of the local tastemaker’s predilection for garage rock, bluegrass and Ska beers. All good things.

In his final column, Chris respectfully paid his tab and let us know he’d be moving on to the next proverbial watering hole. I would be remiss to not recognize the effort, love and craft he brought to his column. On behalf of thousands of people, I offer a heartfelt thank you. See you down the trail, good buddy. This column is in terrible, leftist hands, and I’m so, so sorry.

For the time being, my column will serve less as a space for commentary, top 10 lists, sarcasm and ennui, and more as a space to share the myriad creative voices in our community. Voices that you might not know, or perhaps have heard about, including musicians, artists and mischief-makers. Think of me as a less handsome Studs Terkel.

I’m sorry to disappoint you, but this column will not be my personal soapbox. That’s what my anonymous Facebook account is for. (Thanks to my comrades!) ?