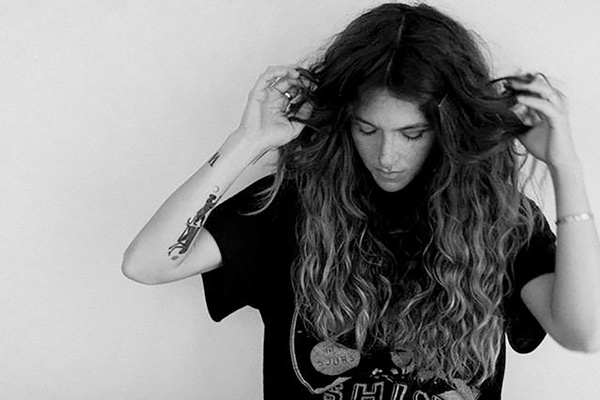 Greetings, readers! Happy September! I would like to issue my mother an early “happy birthday” and to do so in a fine publication like the Telegraph. She’s beaten cancer twice, dealt with me as a teenager and just kicked another insanely dangerous life-threatening disease to the curb last month. May this occasion be forever memorialized for generations to come. I love you so much! Viva Denette!

For this week’s “Between the Beats,” I sat down with one of my best friends, bandmate and all around bad jackson, Annie Brooks. I first met Annie and her husband years ago at a show at the now-defunct Summit. She asked me to play bass for her album debut at the Abbey Theater (now Animas City Theatre), and I was thrilled to join her for the sold-out show.

Annie decided to put her music aside shortly thereafter and started a highly successful illustration business. She also traveled to more than 50 countries with her husband for fashion shoots, indie films and photography workshops, all while pursuing her passion for a balanced, rich life complete with roller skating. And now, after a nearly decade-long hiatus, she’s picking up the guitar again – trading a mahogany Martin and the indie-pop of her early 20s for an Epiphone semi-hollow body and a whole lot of fuzz. In the last six months, she’s been in heavy rotation at the iAM Music showcases and songwriter’s nights as well as at local venues like Toast Records & Bakes and Fenceline Cider.

What is your earliest musical memory?

My first musical memory is sitting with my mom on her waterbed in the ’80s. She had bought me a half-sized guitar – I was 5 years old – and was teaching me how to play “Hush, Little Baby.”

I grew up in a very musical context. Sleeping backstage in guitar cases, running around the house while my parents were rehearsing for a show, so it’s hard to pinpoint a particular memory. I was raised by touring folk musicians. A couple times a year we would pack up and go live in the back seat of a car on tour.

Did you ever think that music would be your path as an adult?

Growing up, I kind of thought that either art or music were the only logical paths to take because that’s what was being modeled. So, it kind of felt like, “Oh, I’ll take over the family business. I will become a musician or an artist.” It seemed like a very practical, logical life choice. Just like banking or woodworking. I think it was really cool, and I was really fortunate to grow up with parents who encouraged creativity. To them, that was practical. I never doubted that art could put food on that table.

What has rekindled your desire to express yourself musically lately?

I needed a break from it for a while, and I think it’s completely normal for an artist to need a break. Sometimes you just get too zoomed in. And I think when you get a little too zoomed in on anything, life can feel distorted. After spending a good decade zoomed out, I can approach it with a fresh, new perspective. It means less to me now that I’m older and I have more context in my life. Having art mean less gives me more freedom to make the art that I want to. From a place of fun, from a place where I don’t feel like my entire identity hinges on the next thing that I paint, write, draw or sing. It’s my friends that have helped the most, though. I needed the accountability of friends to pull me into a project. I think most of the struggle of getting art out into the world is just the struggle of starting. You just have to (start).

There’s a pretty big difference between the music you’ve made in the past and what you’ve been writing lately.

The evolution in my music probably reflects the evolution that every person goes through from their early 20s to their 30s. When I was making music before, I felt this immense pressure to bring something positive to the world. So I thought I had to sing something that was objectively positive. Like, “Life is beautiful! Seize the moment! Look at the sunset!” Now with a little more life experience I don’t think you have to be so literal. That’s not to say my songs are sad, but they are definitely a little darker, a little heavier. I’m focusing more on themes like mythology and the shadow as opposed to falling in love and traveling.

A lot of your musical career has been solo and now you’re playing with a band. What has stood out to you about the experience of going from solo to collaborating with other musicians?

I wish I had done this earlier in my life, but also, I don’t know if I would have been able to do it earlier. You know, you find wonderful things in your life and they come at the right time because it’s the right time. I don’t know if I would have had the confidence to collaborate with other artists earlier. I don’t know what changed, but it’s been absolutely life-changing to make music with other people. It’s always been really scary to show people how little I know.

And to my surprise, it doesn’t even really matter that much. It also takes off a lot of the pressure to be perfect because there’s three other people, and we’re creating music that’s way cooler and way bigger than anything I could have dreamed up by myself.

Where are you playing next?

I am excited to debut my newest musical project, ORA, at Channel 37 on Oct. 15. It’s going to be heavy.