Not skippin' a beat
Sitting down with local drummer extraordinaire, Alec Mayes 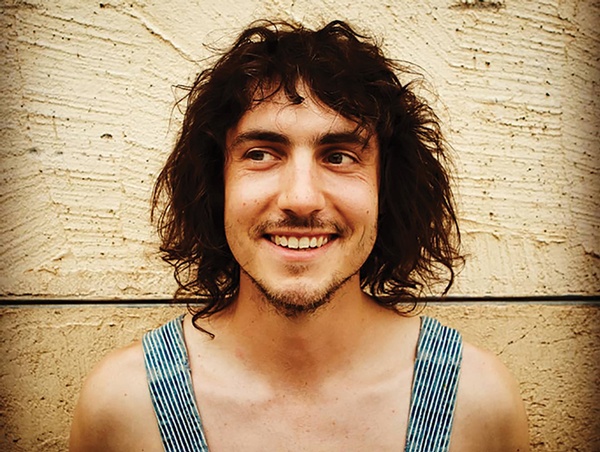 Snowdown is here, come hell or high water. And perhaps this year, why not both? A little hell for my high water, if you don’t mind. At this point, really any water.

For local musicians, Snowdown week is always special, and this year is no different. Just kidding. It’s totally different. Everything is different now. FOREVER. Our first clue should be this year’s circular Snowdown poster. Thoughts and prayers for Oscar’s Diner as they begin to pick up the pieces of this earth-shattering curation dilemma. If we don’t see the brass band roaming the streets this year, take only what you can carry and save yourselves.

Hot, tawdry poster gossip aside, the musical suspects are both usual and unusual this week. Count on music of varying qualities spilling through bars, streets and alleyways of Durango at increased decibel levels. In fact, if you put your ear on the railroad track behind 11th Street Station, you can almost always hear the sound of two-chord punk songs and dark techno tracks. It’s awesome.

We should all thank our lucky stars because underground music venues continue to up the ante for accessible, all-ages, quality, live music in Durango. This week, look no further than The Hive to get your proper musical fix from two excellent shows: Desert Child on Thursday and southwest psychonauts Noodle on Friday.

Two weeks ago, Jesse Ogle, Guillaume Metz and Ted Moore, all of J-Calvin, hosted an incredibly wicked jazz jam at 11th Street Station (definitely keep your eyes open for those monthly shows) Toward the end of the evening, a few members of Desert Child showed up with their decentralized affiliate of groovy, nice-smelling desert people. They immediately brought the party. Drummer Alec Mayes had the performance of the evening, effortlessly crooning and making Moore’s drumkit sing.

I recently sat down with Alec at 81301 Coffee ahead of his two Snowdown shows at The Hive to get this wonderful man on record and to learn more about his experience as a young musician in our bustling mountain town.

Tell us a little bit about yourself. How did you get to Durango?

I grew up near Philly and came out West for my undergraduate degree at Northern Arizona University in Flagstaff. I studied environmental science. Really, though, that was just a proxy to be in a beautiful mountain town. I moved to Durango in 2017.

I was pretty active playing music and drums since I was a kid in church. I actually was in a bluegrass band in Flagstaff. Or newgrass, really, since we had drums. The day of my college graduation was our album release party.

I grew up in a church, too. Did it play a role in your development as a person or musician?

I wouldn’t say I’m ideologically aligned. I was never super invested. But, it was a decent community and some good friends. The now-bassist for Florida Georgia Line was my youth group leader. I remember when he decided to go to Nashville, he asked me to be on his demo tape. So, I went into a studio, and I was like 12. He had me lay down some drum tracks. I don’t think that those songs or that demo in particular led to his success but it was a piece of him moving down there and doing the thing, I think. He was part of this other band that would play at retreats, and they were exciting and super tight, and I got to play with them. It was fun times, and I have good memories, but I wouldn’t say it was the faith piece that was most important to me.

In addition to being a great drummer, you have an incredible voice. Did you grow up taking lessons?

I did take lessons. I was the baby hitting pots and pans. My mom noted that I was humming stuff on pitch before I was talking. I was definitely the kind of child who would protest if pushed too hard, though. I really appreciate my parents’ support and my mom’s foresight. If I wanted to play drums, she said fine, but you have to take piano first. I continued taking drum and piano lessons for seven years. My practice ethic was very poor, so it was by sheer reps while in the lessons and showing up for band in school.

That’s kind of a reason I’ve involved myself in multiple bands. Those are the reps.

How many are you playing in right now?

How did you make the jump into musical projects in Durango?

Hanging out downtown. 11th Street Station was pretty instrumental, pun intended. I remember meeting Cy Fontenot, who was working at Durango Coffee Co. at that time. Cy is definitely a conduit for meeting other musicians. I recall being in town about seven months or a year, and I wasn’t in a band or jamming.

I also learned a lesson about setting an intention. I remember doing so and I met this guy Winston who was a worship leader at a church in Durango. I had grown up playing for a contemporary worship service. And I had kind of called it off after high school. It wasn’t exactly my scene, but it was good reps and practice. A lot of the best drummers, especially in R&B and hip-hop, are coming out of the gospel tradition. So I said yes to that.

In August 2018, Cy called me and said, “Hey this band Noodle needs a drummer! They’re playing a house party on Farmington Hill.” So, I just showed up. It ended up going pretty well, I think.

What kind of projects are you digging right now?

I lament that the older (he’s 29) I get, the longer I go without listening to new music and being inspired by new music. It’s the sign of an aging brain or something. Also, as the angst of youth sloughs off and my more-content adult self emerges, it’s harder to attach moments to music. I’ve been really active writing and producing, rehearsing and doing music, that I don’t really listen. Some people are working to music, they put it on in their car; I feel like I’m usually in silence, and I need that downtime.

People are stoked with Desert Child. Where are you guys planning on going?

That’s to be determined. On paper, we have this three- to five-year plan to move into an originals-based touring band. In the meantime, we’re getting those reps. The practice of learning covers is so enriching. People already have a relationship with the songs. You’re kind of co-opting what’s been made but you are inevitably making it your own. And through that process, it helps narrow down on what your sound is.

Well, if Radiohead’s “In Rainbows” wasn’t so devastating (laughs). “Is This It” by the Strokes.

What advice do you have for people hoping to get involved in music projects in Durango?

Show up and meet people. The more people that come out, the more opportunities there will be for everybody. There’s this almost scarcity idea that all the Durango bands are just shuffling the cards. I reject this notion that a few bands are monopolizing the scene. It’s hard here, though. There’s so much to do in a mountain town; it’s like out of abundance comes scarcity. You try to make plans, but people aren’t using their calendars, it seems! I’m blessed to have groups that are committed and have good lines of communication.

Open mics are fantastic networking, too. I like to go to the Starlight on Tuesday nights.

What are your hopes and fears for the Durango music scene as we roll into 2022?

Mostly hopes! I hope we see more new music and venues being willing to give more projects the stage. That’s on everybody to network that far in advance and be professionals. My fear is that for venues and bars – it’s tough to put a value, it’s hard for musicians to feel fairly compensated for their time. Some business owners recognize that value, and even when they do, they don’t have the budget. The paradox of you having a band with four-plus members is you need money to justify the time or you’re playing for drinks.

Yeah. Can’t pay the rent in drinks. I wonder if there is a way for musicians to work together on that.

A guild, maybe (laughs). Someone else is just gonna take the gig, I’m sure. That’s a little defeatist but true.

Anything else you want to share with the fine people of Durango and beyond?

People should always leave room to take a break from the things they love so they don’t burn out. Find the balance. Don’t burn out. Don’t let hustle culture destroy your peace and intrinsic motivations. Resist.