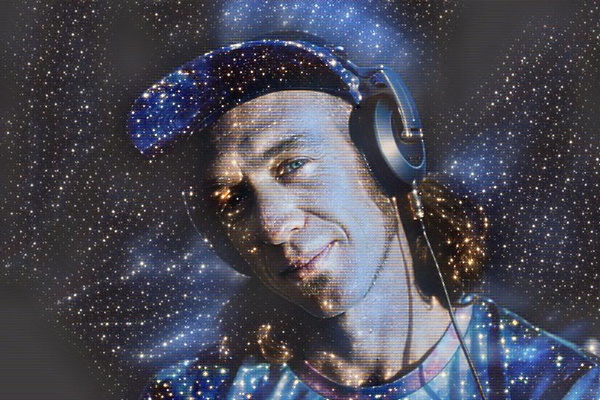 Dancing is one of the best forms of medicine, and it doesn’t cost a thing. In Durango, you’d be hard pressed to find a more powerful pharmacist for this medicine than Cody Reinheimer, aka DJ CodeStar.

Reinheimer is a longstanding yet youthful pillar of the farming and music community, having worked with Turtle Lake Refuge and the Durango Farmers Market. Reinheimer has also been one of the major drivers behind the Dandelion Festival for the past 13 years and, more recently, was a major organizer of the wildly successful Unison Dance Music Festival at Tico Time last September. It was Tico Time’s most attended event last year, which is no small feat.

One of the hardest working organizers and DJs in town, Reinheimer has cultivated a thriving private-event DJ business. He has also helped establish a lively and vivacious ecstatic dance community, all while balancing the joys and struggles of raising a family in our bustling mountain town. We sat down recently ahead of his opening performance for Guatemalan electronic DJ, musician and producer Mose at the VFW this Saturday at 7:30 p.m.

Have you always had a passion for music?

Dude, my parents had subwoofers installed under my crib as a baby; I had no choice! So, it’s definitely been since the beginning. They would lay me down in a pile of coats at these reggae shows, must have been ’82, ’83.

In addition to Turtle Lake Refuge, you were a huge part of the Durango Farmers Market for many years, too, right?

Yes, I was the market manager and the music manager. That was 2014-18. It was perfect timing. I worked with the board to really grow the market over those years. But, the day job was killing me. Waking up at 5 a.m. to run a full market, turn around and an hour later be DJing a wedding till midnight. I was so wrecked.

Where did you grow up?

I grew up in Portland, Ore., from age 3. I was actually born in a log cabin in West Virginia. My parents were back to the land of hippies and were growing all of their own food and stuff. But my mom wanted to raise me in Oregon instead of backwoods Virginia.

What was it like being in Portland in the height of Alice In Chains and grunge music?

It was epic, man. We’d go to all of these punk and goth shows. By 14, I was definitely very into sex, drugs and rock and roll. Probably what you imagine. Crazy, dark, sweaty club with a bunch of moshing kids and older, stronger skinheads beating us up. A band like Nirvana had already gotten too big to play in our city. It was very much about the local and smaller touring bands. It was always what was the alternative to the alternative.

Exactly. When I was 16, we were hanging out downtown, and someone told us about this party that was happening at an outdoor theater. There was a DJ who was playing rave music. I was kind of emotionally hit by this thing. And I started dancing to this music and it felt really good and liberating. There’d be these massive multi-story raves with a few thousand people and different DJs on each floor. Everything was super technicolor, glow in the dark, super dirty techno, a bunch of raver kids just dancing all night. For me, I was like, “Look at what a DJ can do. Let’s dance, let’s connect.” And, I also started to realize that there was something more to all of this.

There was something beyond rave culture? Great parties but also just crazy drug use and all of that?

Yeah, I had friends who literally lost their mental faculties from overusing drugs and psychedelics. My parents saw what was happening and offered to buy me a car if I went to community college where I could get my high school diploma instead of going to the high school. The high school was shit.

This DJ walked into (the community college) one day and was like, “I want to throw this sock dance thing; I’m a DJ.” And so we did this barefoot dance party in the commons. And as I look back, I think that might have been my first ecstatic dance. He took me under his wing, and I started going to some of his gigs, and we became good friends. He did weddings and stuff, too. He was a former stoner who had gone Christian. We’d smoke weed together, and he’d feel guilty about it. “And, I’d be like ‘don’t worry about it! The universe loves you!’” And he’d be like, “‘No, but God does!’” and this and that. We had some good times.

Durango seems to represent this opening in your life for you.

Durango is the land where dreams come true. To live and work on a functioning organic farm, to grow as a live DJ and community dance sanctuary, to have a band. I always wanted to work at a ski area and enjoy the mountains, hike and live a life close to nature. And then I set my sights on wanting to do a multi-day transformational festival.

What is ecstatic dance?

You check your shoes, you check your ego, you check your conversations at the door to really listen in and be present with the music and your body. And it’s super powerful. Going through break ups, going through deaths in the family. I’ve seen friends of mine falling in love on these dance floors and end up married! We have cheesecake and a cacao elixir bar. People are stretching and connecting on the sides, but the dance floor is for dancing. If you want to find out more, come and dance with us!

What do you love about it as a DJ?

The most exhilarating is when you come in with some harmonic rise, getting into a rhythm to get everyone moving. And then from there having a strong collection of music to draw on is most exhilarating. You have to have antennas up to see what kind of direction the room wants to go in. When you’re surprising yourself, when the crowd becomes this whole organism, it’s so good.

Tell us about the Mose show. There’s a lot of excitement about it.

He’s a world class musician who’s toured throughout Europe and Latin America. He’s doing his first U.S. tour as he lives in Lake Atitlãn, Guatemala. He brings a really cool fusion of electronic production and organic sounds and collaborating musicians. It’s very entrancing. Our friend Lotte Water is also joining him. Our local musician friends Bards in Between will be joining me for my opening set.

I’ve had several friends who were super, super pumped about your festival at Tico Time–Unison. Congrats, man!

Thank you. Last year was amazing. We will probably cap it at some point. We want something that’s more on the intimate side but still high energy. We asked for feedback and heard great things about our lineup and the flow of the event. The vibe was super good and everyone was super safe. And we didn’t sell any alcohol. We promoted people showing up with their senses at their peak in sobriety. Moving forward, we just want to be better prepared as the festival grows. We also would love to have more indigenous integration. People can find out more at unisonfest.com or on Facebook .