A life detour
A story of traumatic injury, faith and hard-won recovery 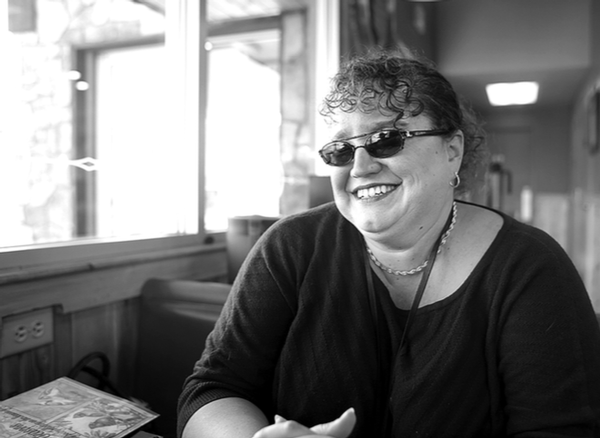 Sharon Mehesy sits at Durango Joe's coffee shop recently, discussing her new book, A Likely Story, co- written with her mother. The story chronicles their journey following a tragic car accident 20 years ago - how the two beat the odds together and found hope where there was none./Photo by Jennaye Derge

In July 11, 1997, after a day waiting tables at Christina’s Grill & Bar, two 20-year-old women drove to Lake Abiquiu to visit friends. By the time they headed back to Durango, it was after midnight. Although tired, they had to be at work at 6:30 in the morning, so staying over was not an option. One of the friends, Shoni, drove to Pagosa Springs, where she asked her friend Sharon to take over. The two switched places; Shoni reclined in the passenger seat and quickly dozed off. What happened shortly thereafter almost cost them their lives.

About 10 miles east of Farmington Hill, Sharon nodded off. A driver heading in the opposite direction saw what happened next: the car vaulted off the highway, slammed into a mailbox and careened over, flipping end-over-end three times before coming to a stop. Sharon has no memory of the accident.

It’s been 20 years since that fateful night, half of which Sharon Mehesy spent fighting to relearn some of life’s most basic functions. Although Shoni miraculously escaped with minor injuries, Sharon was near death when brought to Durango’s old Mercy Hospital. With a traumatic brain injury, she was put into an induced coma and placed on life support with a less-than-promising prognosis. In fact, according to her mother, Eberly, the doctor grimly told her, “I have no good news for you. I don’t believe there is any hope for her.”

A new book, A Likely Story, co-written by mother and daughter, chronicles the ordeal following that horrendous night. How they beat the odds and found hope where there was none.

More than this though, it is a saga of enormous spiritual faith, unconditional love and a long, difficult battle to regain even the most basic abilities, such as breathing, eating, swallowing, speaking and walking. Sharon, who was an English major at Oklahoma’s Northeastern State University at the time of the accident, has also written Seasons: A Book of Poetry Reflecting on the Seasons of Life, in part inspired by her ordeal. Both books are available at Maria’s Bookshop and on Amazon.com

Growing up with missionary parents, Sharon and her siblings were raised with deep spiritual convictions. She and her family are convinced this is why she survived and eventually recovered from the accident, albeit her struggle was a test of that faith.

During her recovery, Eberly almost never left Sharon’s side, sleeping in the hospital, watching over her, talking to her throughout the coma and ultimately going with her to various rehab facilities throughout the country. The book tells the harrowing story from both the mother and daughter perspective. Eberly recounts hers based on journal entries while Sharon remembers as best she can, although she still has little recollection of the accident or its immediate aftermath.

That aftermath included a perilous journey to an Albuquerque hospital six days after the accident. In addition to the severe brain damage, Sharon contracted a dangerous lung infection, which caused an inability to swallow. She was put on a feeding tube and underwent a thoracotomy, a surgery that opens the entire chest to allow access to the lungs, throat, aorta, heart and diaphragm. In addition, she suffered partial paralysis of her limbs and vocal chords, and fatigue so debilitating she could no longer hold up her head. She could not eat, had limited vision and was unable to communicate.

Following weeks of intensive, round-the-clock care, her prospects improved, but with no idea as to how much of her former self she could, or would, retain. However, each incremental change in her status, the slightest movements confirming that she understood what was going on, brought new optimism. As the months dragged on, though, Sharon’s future plans of marriage and teaching English took a major detour. Engaged at the time of the accident, her fiance? was initially attentive and caring, travelling hundreds of miles to spend time at her bedside. But eventually, he dropped out of the picture; a heart-breaking setback for the young woman.

When the tubes were eventually removed from her throat and nose, and she attempted to speak, it became apparent that her voice was damaged. Her inflection was nonexistent, and the volume barely a whisper. Her dream of teaching was lost forever.

It would be three months before Sharon was released from the hospital, and she admits that for almost 18 months thereafter, she suffered from deep depression and anger. Continuing to improve through those dark days, she understood her life was on a new path but was unsure of where it was leading. Ironically, it took another car accident for her to come to the realization, “God had another plan for me and wanted me to live for a reason,” she now says. “I was told to focus on what I have, not on what I don’t.”

Newly energized, Sharon saw how helpful she could be to other traumatic brain injury patients and determined that a career in rehabilitation therapy was the direction for her. “Being able to tell them, ‘I understand what you are going through,’ is incredibly important,” she says.

In May 2004, Sharon was certified as a therapeutic recreational specialist, which focuses on helping people with disabilities relearn how to perform daily activities, such as dressing, bathing and eating.

In time, she was appointed by former Gov. Bill Owens to the Colorado Statewide Independent Living Council (SILC) – a federal program required in each state. SILC identifies the needs and priorities of consumers, providers and other stakeholders and sets forth goals and objectives to respond to them.

Sharon also worked with People Helping People, an organization founded to provide assistance and comfort, without discrimination or monetary gain, to anyone in his or her time of distress.

In 2002, she became a counselor at Rocky Mountain Easter Seal camp and in 2004 won the “Celebrate Life!” poetry contest, which focuses on overcoming thoughts of suicide as well as helping to encourage those who have experienced suicide of loved ones.

Today, Sharon works in Durango at Axis Health System as a peer support specialist. “My role there is to use my lived experience with mental illness to help my clients achieve their goals,” she says. “Following a traumatic brain injury, one emerges as a new person as they begin to live the new life entrusted to them.”