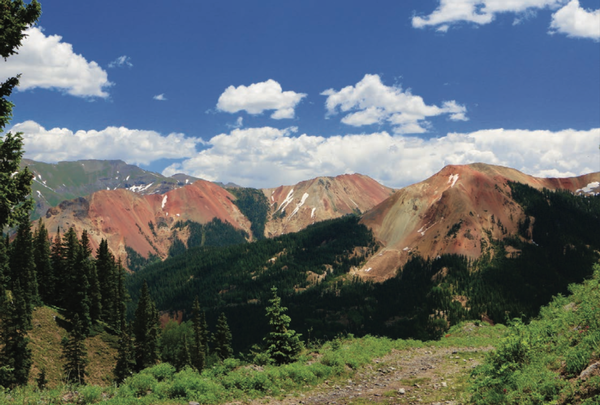 It took Odysseus 10 years to make it home from Troy. Fortunately for fans of the San Juans, there’s a much shorter option. On Sat., Sept. 15, the Mountain Studies Institute is hosting its second annual San Juan Odyssey. The event will take participants on a day-long voyage to the far reaches of the San Juan Mountains, the nooks and crannies not easily accessible by mere landlubbers or every-day schooners.

“We’re trying to create an eco-tour event to get folks out into the high country to see things they normally couldn’t see on foot or in a regular car,” Odyssey cruise director and MSI outreach coordinator Priscilla Sherman said.

The guided tour will take place via two 12-passenger off-road vehicles (which will stay on the road, hence the “eco” part) provided by Switzerland of America, out of Ouray. “The focus is to learn history and generally get into the high country, and do it with the least footprint,” Sherman said. “The tour is a historical journey designed to share our passion for and knowledge of the mountains while offering participants a sense of adventure, exploration and learning.”

For the adventure and exploration part, this year’s tour, which starts in Silverton, will focus on two historical areas: the Sunnyside Basin and Picayune Gulch. For the learning part, MSI is providing interpretive guides including Fort Lewis College history professor Andrew Gulliford and Bev Rich, a Silverton native and chairwoman of the San Juan Historical Society

The first stop will be Sunnyside Basin, which lies about seven miles northeast of Silverton. Besides being home to the eponymous mine, it is also home to the storied American Tunnel (which connects to the Gold King Mine) and the Bonita Peak Mining District (and soon-to-be EPA clean-up site.) And while the area is perhaps best known for its most re-cent “Oh crap!” mining disaster – 2015’s Gold King Mine spill – it was also the location of another perhaps less-remembered but equally catastrophic one: the collapse of Lake Emma in 1978.

In that incident, miners pursuing a promising vein of gold bored a tunnel too close to the lake bed. Unable to withstand the pressure of the water above, the tunnel gave way, and Emma exploded into the mine, flooding the works with a million tons of water, mud and debris and pummeling a 20-ton locomotive in her wake. The nearby American Tunnel spouted like Old Faithful, and Lake Emma was reduced to a crater the length of three football fields. Fortunately, no one was killed in the collapse; the lake broke through on a Sunday afternoon, when mine crews were at home, watching the Broncos. (OK – that last part may be historical fiction, which is where the interpretive guides come in handy.)

For the second part of the trip, the land flotilla will head west, just past Animas Forks, to Picayune Gulch, home to the newly restored Sound Democrat mill. Built in 1906, the structure is the only amalgamation stamp mill, which used giant stamps to crush rock into a paste, left standing in the country. Although it’s a key piece of mining history, it’s most notable in that the original equipment is intact, right where it was a century ago. In fact, one can’t help but wonder if, with a little juice, the stamps would fire back to life.

And if not that, then at least the imaginations of the tour attendees will be stoked. Which, according to Sherman, is part of the goal for the day (that, and to ogle some prime autumn foliage.) See, although mining is part of our past, it’s also part of our future. “We all need the metals that come from mining,” she said. “We just need to figure out a way to do it and to not pollute.”

And what better way to move forward than by learning from the mistakes – and victories – of the past. Fresh off last week’s Mining Innovation Expo, hosted by MSI in Silverton, Sherman is optimistic a balance can be found.

“Some amazing people were attracted to the expo,” she said. “Geology is always going to be a problem, but a lot’s being done, there are so many new standards that make it a lot better.”

And as long as everyone is pulling – mostly – in the right direction, perhaps an end to the odyssey will soon appear on the horizon.

“Our goal is to bring everyone together and start a conversation,” she said.

Tickets to the San Juan Odyssey are $125 and include lunch from the Brown Bag Deli in Silverton and the aforementioned interpretive guides. And in case you were wondering, MSI does not make any money on the event, which is actually cheap for an all-inclusive daylong tour, according to Sherman (plus, lunch. Did we mention that?) The Bent Elbow Hotel is offering a 10 percent lodging discount for attendees. To register, go to www.mountainstudies.org 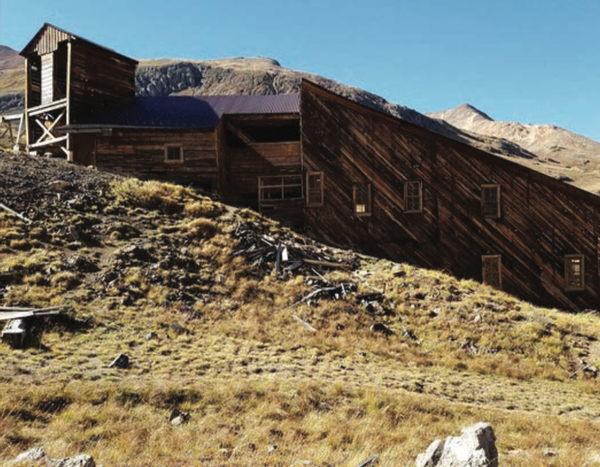 The newly restored Sound Democrat mill will be part of this year's odyssey. /Courtesy photo