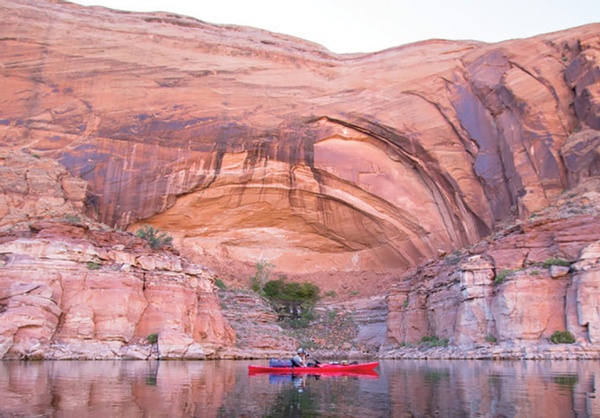 River season may be winding down – but the jones never sleeps. Nor does the need to highlight the importance of rivers, in everything from the health of the ecology to the health of our souls. Next weekend, the Mancos Valley River Film Festival brings the two together with its third annual event, featuring two nights of river adventure on the big screen.

The event is hosted by Mancos Valley Resources, a nonprofit that offers financial support for dozens of grassroots projects in the area. Proceeds will help benefit the Mancos Conservation District, which will use the funds for a cleanup of the Mancos River as well as a river science station at Mancos Middle School. Additional sponsors include Alpacka Raft, Four Corners Guides and Osprey Packs.

The event started in 2017 as a fundraiser for workers who lost their jobs after the Western Excelsior fire and featured short documentaries about pack rafting and other river sports. It then expanded last year to feature films about bikes and boats, and now is reaching even further, to tackle the bigger issues of water in the West.

“We showcase both national and local films, and offer a mix of exciting, action-packed stories with conservation-focused films,” MVR board vice president Lizzy Scully said. “I’m more excited about this year’s roster than I’ve ever been.”

Friday night’s films main features include:
• “Glen Canyon Rediscovered” (about 28 mins.) The brainchild of Durango’s Taylor Graham (who also happens to be the son of local author Scott Graham), the short film chronicles Graham and friends’ 350-mile Colorado River journey from Moab to Lake Powell. In sea kayaks, mind you. The impetus is to take advantage of the lake’s historic lows due to drought and overallocation to go in search of the fabled lost wonders of Glen Canyon. The so-called “place no one knew” was buried by the waters of Lake Powell in 1963, a date mourned by conservationists and river runners to this day.

Funded by National Geographic, the film also includes interviews with activists, experts (including Emerald Mile author Kevin Fedarko) archaeologists, scientists, and government and Navajo officials, all of whom weigh in on the far-reaching effects of the dam. (There is also a Durango-La Plata County airport cameo when a member of the expedition is sent home prematurely for an unfortunate incident entailing hot sand and a fire pan. Don’t worry – she makes a triumphant return.)

The film was also sponsored by American Rivers and Black Diamond and won an honorable mention at the 2019 Durango Independent Film Festival.

• “The Important Places” (about 9 mins.) This 2015 film follows photographer, adventurer and filmmaker Forest Woodward as he embarks on a 28-day rafting adventure on the Grand Canyon with his septuagenarian father, Doug, who ran it some 43 years earlier. The film takes its name from a poem Doug, a whitewater kayaking pioneer and legend in their native North Carolina, wrote to Forest when he was born about the secret places of sublime beauty. Places like the Grand Canyon.

Surrounded by towering canyon walls and churning whitewater, Forest watches his father return to the oars, where he is “not just alive, but living gain.” But beyond exploring the father-son bond, this poignant short teaches us that although we may sometimes go astray – stuck in eddies of life – the important places are never too far away.

The film was a selection for the 2019 Telluride Mountainfilm festival.

Saturday night’ films will include a short piece on the late legendary singer, writer and environmental activist Katie Lee as well as a feature length film:

• “The Weight of Water” (About 1 hour 20 mins) This 2018 documentary about blind kayaker Erik Weihenmayer’s historic descent of the Grand Canyon is more than another story of epic men doing epic things. It’s an inspiring human story about the fears we all face, and the consequences of facing them head on.

Blind due to a degenerative condition since 14, Weihenmayer, an accomplished climber, is no  stranger to adventure and risk. He first made his mark on the world in 2001 by becoming the first blind person in history to summit Mount Everest.

But never one to stop pushing barriers, Weihenmayer soon embarked on his next challenge: learning to kayak and running the famed whitewater of the 277-mile Grand Canyon. The mission proved to be the hardest and scariest thing he had ever done, he later said.

Directed by Michael Brown, the film is a cinematic journey of a brave soul who readily admits limitations are real and formidable, whether navigating the turbulent waters of the Colorado or life.

The inspiring film has won numerous awards, including the Grand Prize at the 2018 Banff Film Festival.

Saturday night’s event will also include a silent auction and an after-party at Fenceline Ciders.

Scully said she hopes this year’s event will continue the momentum of previous festivals, which have drawn about 500 people and raised close to $20,000.

“It’s going to be a fantastic event,” she said. 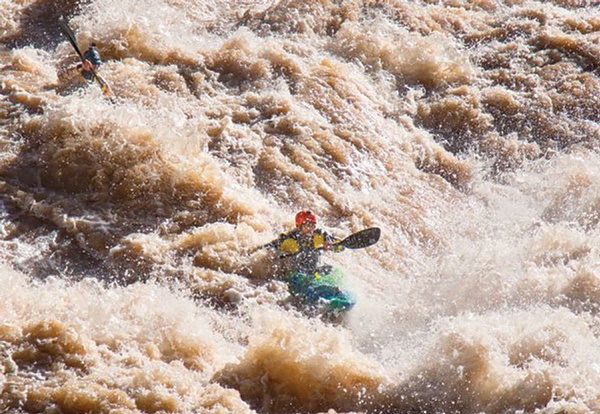