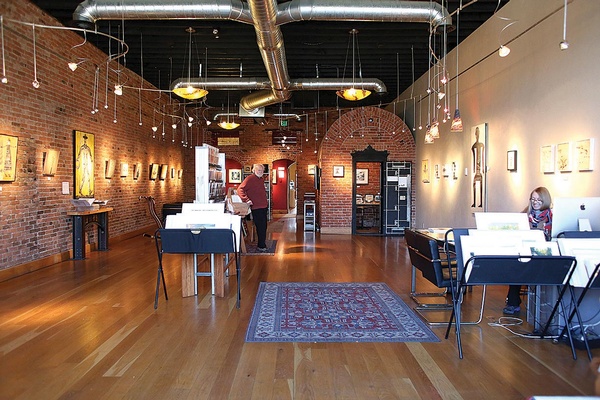 Inside the Open Shutter Gallery, which will be closing Nov. 3

For the last 15 years, the Open Shutter Fine Art Photography Gallery has brought world-class pictorial art to Durango. Before then, local art enthusiasts would have to travel hours to see historically iconic images by master photographers.

Unfortunately, that relatively brief but enlightening moment in Durango history is about to come to an end. The Open Shutter will be putting the lens cap on its downtown space Nov. 30.

Explaining the yearlong decision to close the gallery, Open Shutter owner Margy Dudley said it was time to explore something new. “I felt I was missing out on so many things and had put so much on hold,” she said. “I am full of ideas for things I want to do.”

On the last day of August 2001, Dudley debuted her new photography collection in a diminutive space on East Second Avenue, now occupied by Yarn. By all accounts, it was an instant success and drew visitors from miles around to see the work of elite practitioners. Names such as Cartier-Bresson, Elliott Erwitt, Nick Brandt and Phil Borges were among the many giants of the medium exhibited there. Ultimately growing out of that space, Dudley and company moved into their current spot at 735 Main Ave. in late June 2008, following a three-month renovation.

Dudley’s interest in photography began as a 5-year old when she was given a Kodak Instamatic camera. She readily confesses that her life-long obsession grew from there. Originally from New York, she started her career in the banking field but soon realized it was not her passion, and she wanted something more. “I thought that if I ever started a business, I wanted to have fun,” she recalled.

In time, she and husband, Henry, along with their three boys, moved to Durango to enjoy a better lifestyle and share in the natural beauty of Southwest Colorado. “Living in Colorado has provided access to the wilderness and outdoor adventures, both important aspects of my life,” she explained.

An acclaimed photographer in her own right, Dudley started Open Shutter with a mission to exhibit quality works by both international and local photographers. Admitting now that she was somewhat nai?ve about how to bring big-name artists to a start-up gallery in a small mountain town, Dudley thought she just needed to put the idea “out there” and it would happen. Fortunately, her instincts proved right.

When pressed to choose a favorite among the long line of photographers exhibited over the years, she hesitates reflectively and then states unequivocally that it was Open Shutter’s very first, Paul Caponigro. One of America’s foremost landscape photographers, Caponigro’s most iconic image, “Running White Deer” of which Dudley owns an original print was etched in her mind from the time she first saw it.

Dudley proudly asserts that over time, the gallery became more than just a retail space, hosting workshops, lectures, fund- raisers and other community gatherings. “It has always been community driven,” she said. “I wanted to do good things and in- spire others.”

In addition to being involved locally, Dudley has been immersed in photography elsewhere. She recently had a three month exhibit of her own work at the Byers- Evans House gallery in Denver’s Golden Triangle district.

She also has traveled extensively, with her pursuit of photography leading to such exotic locations as Peru, India,China, Myanmar, Bhutan, Tanzania, Senegal, Mali, Morocco, Greenland and Turkey. The resulting photographs are testaments to her sensitivity to the environment and the plight of humanity, which also gave rise to her weekly KDUR radio program focused on African music.

Other than creating a forum dedicated to fine international photography, the gallery also has been a resource for amateur and professional photographers in the Four Corners. Over the years, such local names as Gunnar Conrad, Katherine Feng, Claude Steelman, Emilio Mercado, Jeremy Wade Shockley and Jenny Gummersall have graced the Open walls. The gallery also hosted an annual “Exposure” juried photo contest as well as an yearly community exhibit.

Understanding that the whole experience has been a creative outlet for her, Dudley says she will not be giving it up entirely. She plans to retain an online presence featuring the gallery’s inventory of classic images.
Regular visitors to the Open Shutter likely know Durango photographer Paul Boyer, who was the first local to show at Open Shutter and has been an artist- in-residence/tenant of sorts for many years. “Once the decision to close was made, the hardest part was telling Paul,” Dudley admitted. Boyer, while noting their continuing friendship, said he will soon be sharing a gallery space in Mancos with artist Veryl Goodnight.

Two other Open Shutter staffers/photographers are also moving on as a result of the closing. Arista Slater-Sandoval, who recently curated a show at the Durango Arts Center, took a teaching position in Farmington, while Bob Zahner is pursuing other options. Both plan to continue pursuing photography and are presently part of the “Picture Perfect” show on display at the DAC.

So what happens to Open Shutter once the gallery closes its doors? Dudley believes the Durango business profile is undergoing a transition and is hopeful that the space will be occupied by a “sophisticated” enterprise.

But it may be a long while before Durango is host to such masters who graced the gallery’s walls, including Lois Green- field, Craig Semetko and Steve McCurry, to mention just a fraction of the astonishing array.

For Dudley, such fleetingness is the reason for her passion for photography. “The magic of photography is that it captures a moment in time that existed for only that moment, and then it’s gone,” she said.

It is an apt analogy for the departure of the Open Shutter. It will be missed. 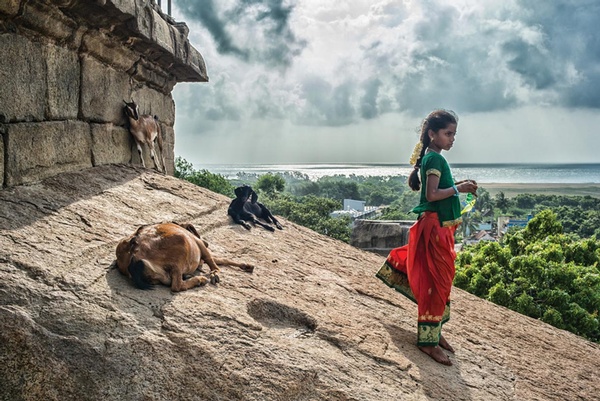 A few of the iconic images to appear at Open Shutter: left, Henri-Cartier Bresson's "Rue Mouffetard, Paris" (1954) and Craig Semetko's "The Girl and the Goats." 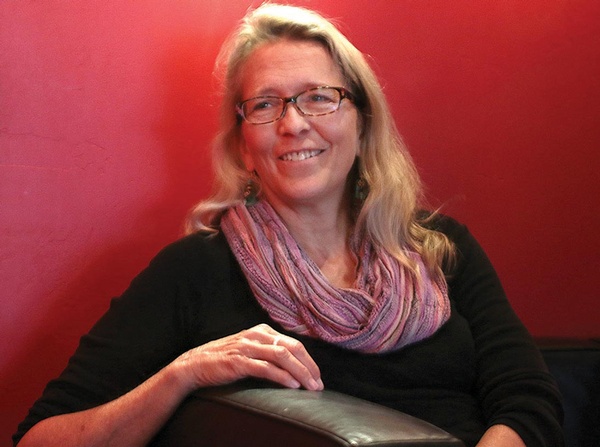