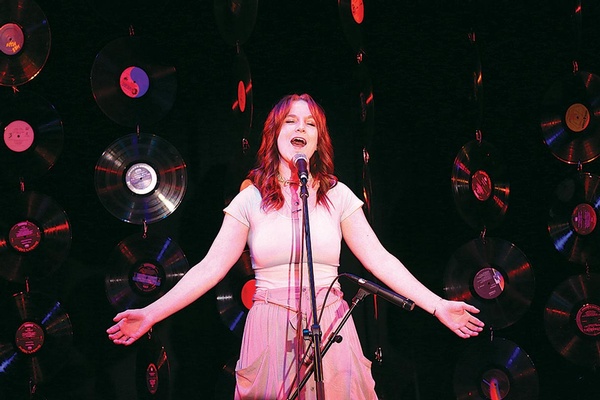 It may be absent Adam, Blake, Alicia and Kelly, but Durango’s version of the popular TV show “The Voice” still promises to deliver on plenty of drama and excitement.

In fact, the tryouts for the third annual event, which were held in February, already did. “We had a very dramatic, fun thing happen,” Durango Voice organizer Elaine Chick said. The Durango version works a lot like the real one, in which one of the four judges must turn their chair for a contestant to move on to the finals. Each judge is allotted three contestants, who they then go on to coach and train for the finals, meaning a total of 12 could go on to the finals. At the February auditions, there were 18 competitors. However, the judges had reached their quota by the time they got to No. 17, a contestant – who, as it turned out, was a “total ringer,” according to Chick (the name of the contestant was kept secret to add to the intrigue.)

“We asked if any of the judges was willing to take on one more ... and all four turned their chairs,” she said.

So now, there are 13 – all of whom will face off starting at 6:30 p.m. this Saturday at the Henry Strater Theatre. And if there’s one thing we all know, a little drama is good for show biz – especially when proceeds are going to Manna. Last year’s event sold out, raising $10,000 for the local nonprofit, which in recent years has dropped the “soup kitchen” from its moniker.

According to Chick, it’s because Manna, which will celebrate 33 years in May, offers more than just free meals. It also offers a culinary arts training program, help with job placement, an organic garden, and vouchers for everything from haircuts to eyeglasses. In order to get the vouchers, clients must first perform a service, such as cleaning up in the kitchen or working in the garden. “It’s more than just a hand out,” she said.

In addition, Manna has also started a backpack program, which sends backpacks filled with nutritious food home for the weekend with children who might otherwise not get a good meal. Last year, Manna served 65,000 meals to people in need – made possible almost entirely by donations and sponsorships from the community.

“They do not turn anybody away. If you are in need or hungry, you can get help,” she said. “Thank God for that ... or thank Manna for that.”

Bios of the 13 contestants, who range in age from 12 to “mature adult,” follow:

Mckenzie Belt: A sophomore at Durango High School, McKenzie recently appeared in Troupe 1096’s production of “Grease.” Her musical tastes are varied, from hard rock to country to show tunes. “In our family, we truly listen to and sing EVERYTHING.” At home, she also creates her own choreography. However, Mckenzie is happiest outdoors – particularly on the river. Shinta Dewi Fuller: Originally from Indonesia, Shinta, 29, entered her first singing competition at the age of 12. Since then, she has performed with bands and sung for weddings. She loves jazz and keeps up with the latest top 40 hits for her regular cafe? gig. “Most people say that I am funny, and I’m happy having a lot of friends.” Her other passions are photography and modeling. Rebekah DeLaMare: A working mother of two, Rebekah has been singing as long as she can remember. She used to “conduct” the classical orchestras her mother would listen to while cleaning the house. Rebekah grew up and her biggest influences include Delta rhythm and blues. She calls her style, “Campfire Blues.” She is currently working on her first album.

Ashlyn Boomer: Ashlyn, 12, has performed in theater productions and sung in choirs in San Diego, before moving to Durango two years ago. She says she was fortunate to find Stillwater Music, where she plays in the ukulele band and sings in the intermediate a cappella group. She plays piano, guitar and violin, but ukulele is her favorite.

Macie Fogle: A seventh-grader at Escalante Middle School, Macie has been singing since she was old enough to talk and is in her school choir. She has sung the National Anthem at high school sporting events in Durango and Mancos. Her advice to someone who has never sung in public: “Just go for it and if you mess up, there will always be more opportunities.” She enjoys playing many sports, mostly hockey.

Mark Palmer: has experience in collegiate choir and community musical theater with recent shows including, “Sweeney Todd,” “The Rocky Horror Show” and “Bat Boy.” He says, “It’s a fun fact that all of my recent musical theater performances were tenor parts despite me being a bass baritone.” Apart from musical theatre, he enjoys ’90s alternative rock, the music of his youth. Adde Neiman: a sixth-grader at Miller Middle School, Adde recently appeared in DAC’s productions of “Bugsy Malone Jr.” and “Annie Jr.” She loves to sing along to pop artists like Taylor Swift and Pink but also enjoys country and a cappella. She takes pride in her academics and is an honor roll student. She says, “I use singing as my release. I can get both my positive and my negative energy out.”

Sophie Maja Hughes: A junior at DHS, Sophie has also appeared in multiple productions, including this winter’s “Grease.” She sang in front of her first audience when she was 5. Since then, she has performed at dance recitals, violin concerts, plays and musicals. She loves musical theatre because stage acting is her passion. Her advice for novices: “Don’t get in your head about your performance. Let your heart lead the way.”

Andrew Schuhmann: A local middle school history teacher, Andrew says he came into his own as a musician at the age of 25, performing at venues around Lexington, Ky. However, he soon swapped his guitar for a mountain bike and Schuhmann moved to Boulder, where he met his wife, a third-generation Durangoan. He now performs around town. “My path to the Durango Voice is a testament to hard work, dedication and practice ... lots and lots of practice.”

Devin Willis: Devin moved to Durango from Denver in 2016 to “get away from the city and to meet a girl, which I did!” A songwriter, he has a degree in history with a minor in music from Metro State University. Devin is pursuing his teaching license from Fort Lewis College to teach social studies. Devin likes being involved here and says, “To me, this isn’t about winning the competition, it’s about helping the community.” Chris Smith: Chris, 13, has been singing for three years now and finds pop and show choir tunes are the most fun. He also recently started playing the piano, which he loves. His advice for anyone who is about to sing in public for the first time: “Just look around the room at everybody and be confident in your voice.”

Ellie Ferguson: Ellie began singing in bands in high school and has since performed everywhere from weddings to Rockies games. But her favorite venue has been in the cave dwellings of Lake Powell. She is “crazy into llamas” and hopes to own my own sustainable farm/food forest one day. While working with llamas over the summer, she would sing to them to get them to keep moving. She credits meditation as the foundation for all that she does.

Jenna Szczech: A DHS senior, Jenna has appeared in numerous productions at the school as well as the DAC. Her favorite genres are reggae, indie rock and folk. Her other passions include volunteering at the Humane Society and she hopes to become a veterinarian. Her advice for first-time performers: “Enjoy the experience. Don’t focus on whether you sound good, just relish the fact that you are doing something you love.” The judges: Bailey Barnes-Fagg, a classically trained vocalist and music teacher; Drea Pressley, a singer and musician who has performed with the Los Angeles Philharmonic, Santa Fe Opera and various Hollywood soundtracks; Jill Holly, an award-winning vocalist, songwriter and recording artist who taught at McNally Smith College of Music for four years; and Andreas Tischhauser, a faculty member at FLC who was worked with Chanticleer, in San Francisco, as well as Yo Yo Ma, Bobby

What: The Durango Voice