An en-chanting evening
Kirtan: the new old way to T.G.I.F. 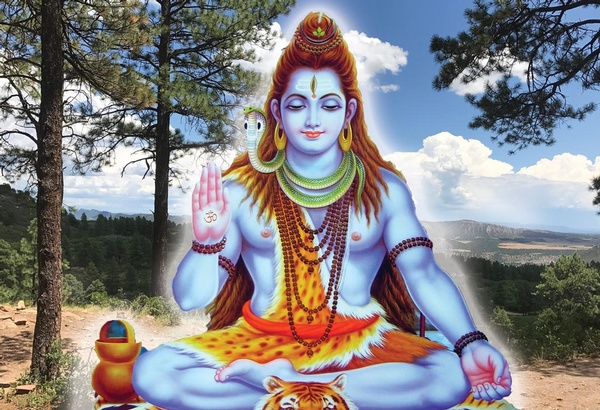 The Friday date night started per usual with me staring in the closet. What does one wear to a participatory chanting acoustic concert with Blue Lotus Feet? I slipped into a thick pair of socks and cozy yoga pants and tugged a hoody over my braid. My husband, meanwhile, donned his most relaxed-fit climbing khakis, a T-shirt and fleece. No matter how awkward the mysterious event might be, at least we’d be comfortable.

We were off to hear Kirtan for the first time on a double-date with friends. This Sanskrit word represents the ancient practice of a call-and-response chant set to music. Led by a “Kirtankara,” the chanting is meant for all people: “sages, sinners, devotees and the great primordial yogi alchemists of old,” explains Jai Uttal, a globally renowned Kirtankara.

Our local Jai Uttal is Blue Lotus Feet, a group of five or six chanters and instrumentalists led by Cheryl Birchard. They meet the first Friday of the month at Yoga Durango. A Kirtankara for the last seven years, Birchard has been practicing Kirtan since 2005 with most of the members of Blue Lotus Feet.

While most sages probably see Kirtan as a sober TGIF alternative, we, the sinners, chose to kick the evening off with cocktails across the street from the yoga studio. As if some divine force was encouraging our path, it turned out that our server was actually a fervent chanter. He shared how he used Kirtan as a form of anger management, helping to center himself.

We namaste’ed him, paid our tab and walked to Yoga Durango in chilly darkness. Our shoes left in the entryway and the suggested $10 donation dropped in the tin, we made our way into the studio. The sweet smell of incense filled the warm space. The six members of Blue Lotus Feet sat up front facing the rows of floor cushions and folding chairs.

Floor cushions seemed appropriate for us, a choice my husband seemed particularly pleased with, foreseeing a peaceable nap in his future. We’d been told that Kirtan was, if nothing else, an invitation to follow your heart. If he wanted to sleep, well, by Ganesha, let the man sleep. As in all yogic practices, there’s no room for judgment. Stay on your mat. Don’t fart. Do you.

A couple dozen people trickled in from the outside. Most seemed familiar with how things ran, settling into meditation or light stretching. I blew steam from my cup of tea, shrugging smiles at my companions, and waited for the show to begin.

The room grew quiet as Birchard, seated cross-legged in the center, nodded to her fellow musicians, who were cradling an assortment of didgeridoos, bass guitars, violins, flutes and percussion instruments. Birchard tossed her long, dark hair, rubbing her palms together. She took a deep breath and began playing the harmonium propped in front of her.

It became clear there was no set list. The beginning of each song started this way, with Birchard rubbing her palms together, finding her next tune through friction and breath. She’d start, and the rest of the musicians would join in, following her lead and adding their own interpretations.

Birchard told me later that Blue Lotus Feet sees itself as a vessel for the sounds and vibrations of the universe to move through. In this way, their Kirtan style is different from traditional Kirtan.

“It’s improvisational Kirtan in which we follow the energy of the group to wherever we sense it is going,” she says.

In Kirtan (unlike most activities on the planet), there are no masters, no experts, no teachers, no advanced students and no beginners. Jai Uttal urges that “the practice itself is the teacher, guiding us to ourselves.”

As Birchard led with her soothing voice and harmonium, the regular Kirtan attendees joined in, nodding their heads, swaying, eyes closed as if in worship. A crowd favorite was a memorable chant with the words,

“Shri Ram Jai Ram Jai Jai Ram.”
“It’s a mantra to purify the heart and assist us in our practice of devotion to God,” says Birchard. “Shri is like a title, and Ram is one of the many gods represented in the Hindu religion. So when we chant Shri Ram Jai Ram, it’s as though we are simply repeating the name of honorable God.”

Most Kirtan chants revolve around repeating the divine name or names of god or goddesses known and unknown. Each chant is designed to move certain energies, says Birchard. For example, Lord Ganesha, the Hindu god represented by an elephant head, is the overcomer of obstacles. The Ganesha mantra is chanted as a cry for help and to reach goals.

Shiva, on the other hand, is the destroyer. Shiva mantras are chanted to destroy the parts of the ego that prevent us from being our true selves, explains Birchard, while Lakshmi chants are used to assist us in bringing about prosperity in our lives.

“A first-timer will probably find it off-putting to be singing to various different Hindu gods and goddesses in a strange language,” says Birchard. “But each one of those chants and mantras ... represents energy that is within us.”

According to Jai Uttal and Birchard, there’s no right or wrong way to Kirtan. Feel whatever you feel and have no expectations, they say. Powered by emotions spanning love, longing, despair, lust, mourning, hate, sadness and ecstasy, Kirtan opens the door to “a mystery world where all the logic of our minds, all the conditioning and learning, are left outside.”

“Kirtan is an amazing tool for moving emotional energy,” says Birchard. “Being open to whatever unfolds has often led to laughter ... There are also moments (when) a chant may go to such a deep level within the heart that perhaps tears may come. Those tears could represent anything from grief that needs to be released to an over-whelming sense of joy.”

For those of us who are masters at playing it cool, keeping our emotions locked up tight, Kirtan is the excuse we’ve been looking for to let go, something Birchard says is integral to “fully experiencing our journey.” In short, Kirtan is permission for you to express yourself with the safety and support of a group of people who are doing the exact same thing.

As the tempo picked up and dropped off over those two hours, dancers draped in flowy pants and tops moved without inhibition in the back. Some listeners felt called to do headstands, including my buddy, Dan, a bold soul. Some attendees were moved to crawl on hands and knees to the front of the room, bowing their heads in gratitude toward the musicians. Others sat in chairs, conservatively patting hands on thighs to keep the beat or singing along through barely parted lips. My husband, meanwhile, lay sprawled in shavasana, relishing a totally acceptable siesta.

I did actually have a spiritual moment during the flute player’s solo. He reminded me of a thoughtful woodsman, spectacles perched on a bearded face, contemplation tapping out of his bare feet. Without the addition of drums or words, his flute sent eagles down my spine, and mountains beyond mountains filled my mind. (Or maybe it was the weed had finally kicked in.)

“One needs to experience (Kirtan) at least once to really understand what it’s about,” says Birchard. “If I were describing it to a first-timer, I would say be open! Try not to judge your experience, otherwise you’ll miss it!”

When people come to Kirtan, Birchard invites them to do “what makes their heart sing,” from lying down to dancing, chanting with abandon, doing yoga poses, or just sitting in the midst of what is happening.

Between songs, a slightly awkward silence zapped all attendees back to the present moment as we waited for Birchard to choose the next chant. There was no clapping or yelling, “Encore!” Only once did an audience member request Birchard to turn her vocals up. Otherwise, people just waited, listened and relaxed. So much relaxing.

A couple hours later, we walked dazed back into the cold night a little lighter and enlightened. This definitely called for a recap beverage, so we waltzed right back over to our pregame spot and ordered whiskeys. Our server was off-duty but bounced over brimming with eagerness to hear if we felt the same transformational power of Kirtan as he does. Of course we did.

In the words of Kabir: “The fish in the water/ is racked by thirst/ When I hear about it/ and burst out laughing./ What you’re looking for/ is right at home/ and yet you roam from forest to forest, full of Gloom.

Kirtan, says Birchard, is a way to stop that inner roaming and come home. 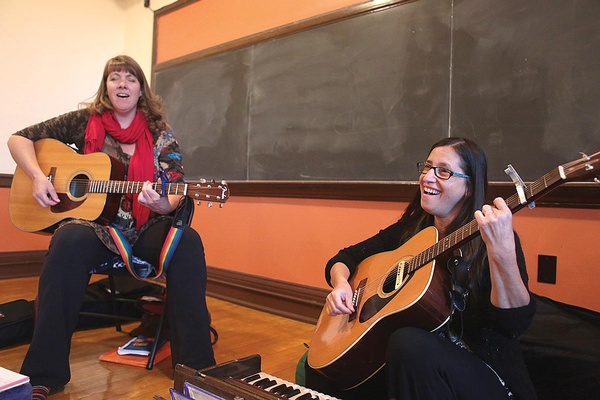 Nuriya Akers, left, and Cheryl Birchard, right, make up part of Blue Lotus Feet, a group of chanters and instrumentalists that meet regularly for Kirtan, an ancient practice of call-and-response chant set to music./Photo by Jennaye Derge

Where: Yoga Durango on Florida Road A quieter, much more laid-back acoustic Kirtan takes place on the third Saturday of every month at Studio 10 in the Smiley building from 6 - 8 p.m., usually with Nuriya Akers and sometimes other friends, says Birchard.